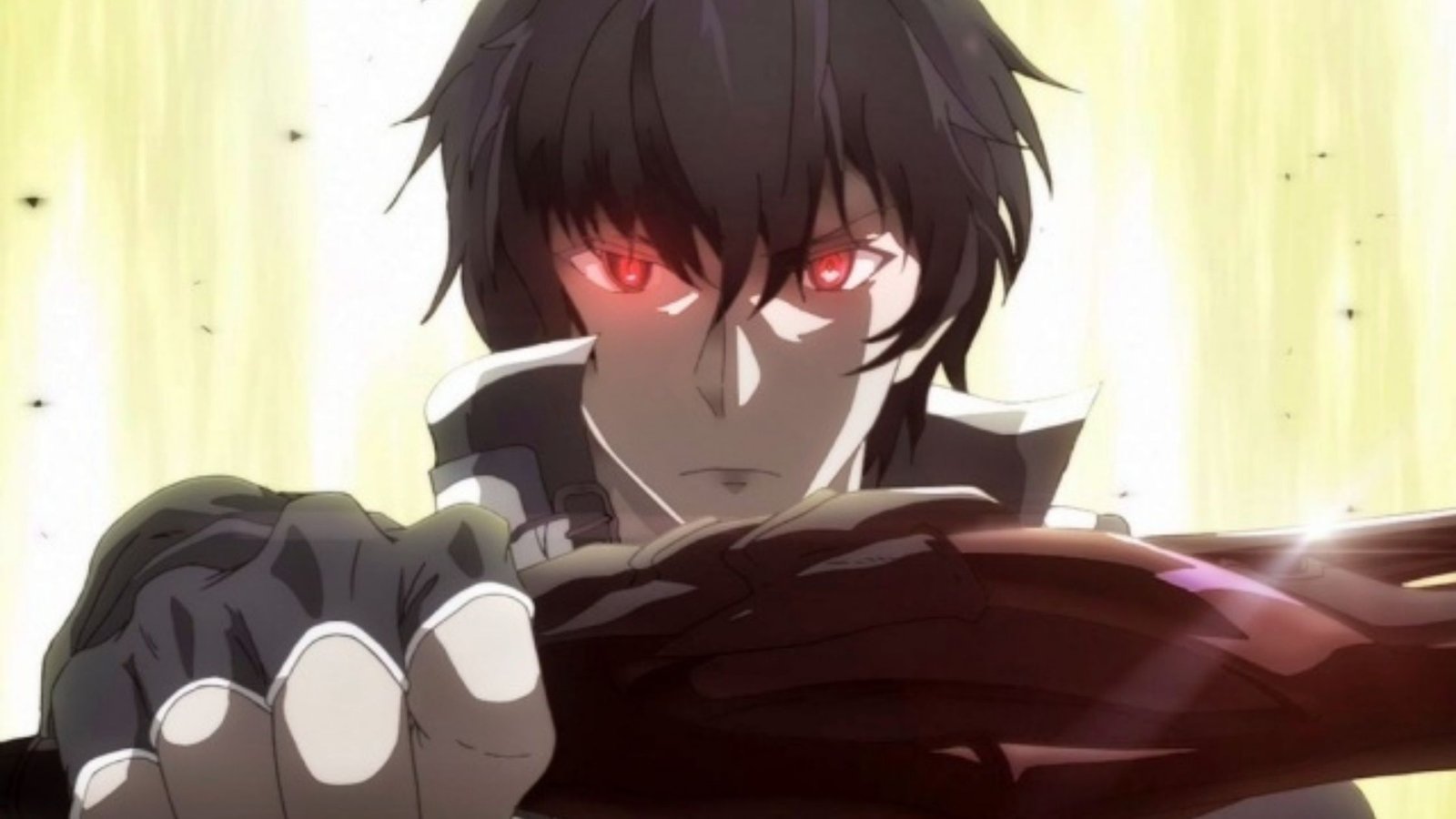 The Series The Misfit Of Demon Academy Season 2 is based on authenticity, originality, properly written characters, gripping plot, and much more are considered as the key ingredients for a series, some viewers like relatable characters, some characters filled with motivation, or influential plot with a tight story, some people have an appetite for humor.

And the fun fact about the anime The Misfit of Demon Academy is that it lacks all of it. The characters seem like they are just random NPCs in a videogame who only follows a framework they have been coded with. And the plot, well to put it straight, doesn’t make any sense most of the time along with dialogues that occasionally make you question the existence of everything around you. What and Why some character does something sometimes makes no sense.

The characters change their perspective along with plot giving no character mass to them as an individual. Their traits, behavior, and all change after just a slight incident. However, fights can get interesting sometimes and the viewer can grow interested to follow the mc’s journey. The plot twists at the beginning used to turn up a notch for the plot but with progression, the plot twist just became ridiculous and kinda pointless.

The humor aspect feels like it’s been forcefully induced in the series. Well, it can be hoped that the series will return with improvements in the next season. The anime is not entirely bad and it depends upon the viewer and their take on media. It’s suitable for casual watching as it doesn’t involve any intricate plot which demands extreme dedication to watch and follow.

The first season was released in July 2020. The second season is officially confirmed but no clarity is there regarding its release date.

Anos Voldigod, the true Demon King being exhausted of war, sacrificed his life and made a pact with the human hero Kanon to establish peace. After 2000 years of the event, Anos gets reincarnated as an infant with all of his memories from his previous life intact. He named himself an infant which left his parents in a state of bewilderment and he managed to turn into a grown-up in almost a month thanks to his powers as the original demon king.

In the modern times of the demon society in the anime, young demons who belongs to the Demon king’s bloodline are trained in Delzogade Demon King Academy and where nobles constantly discriminate against other hybrids. Anos joins the academy along with Misa Necron. They encounter Zipes, an arrogant royal who was bullying them. Anos uses his magic to teach Zepes a lesson. Anos later invites Misa over to his house where they are both greeted by his parents.

Later Zipes shows up with his brother Leorig, their encounter with Anos revealed the nasty side of nobles and also Anos’s actual identity to them. Later Anos receives his student crest which identifies him as the most powerful new student yet still a misfit. Anos learns that the true history of the Demon King is intensely misinterpreted. He showed his capabilities in intelligence and strength to Emilia, his teacher, and Sasha, Misa’s arrogant sister respectively.

After getting defeated in a team duel, Sasha reluctantly joins Anos’s team. Anos admits that he went easy on her for Misa’s sake and for Sasha’s beautiful eyes. Anos invited Sasha along with Misa to his house. Later Sasha kissed Anos as thanks for sorting out the complicated relationship between Misa and her. Anos finds out of the seven Elder Demon Emperors, Ivis Necron who was created from his own blood retains no memory of Anos at all. Even after visiting the past to regain his memories, I’ve decided to remain neutral.

In the next challenge of the academy, students were asked to visit Anos’s home from 2000 years ago which is now just an old castle. Anos there visited the lowest level and grabbed a scepter and allowed Misa to grab the Phoenix robe a personal belonging of Anos. Sasha betrays them by stabbing Misa saying that this was her plan from the very beginning which was denied by Anos. Misa reveals that her existence is actually false, Ivis split Sasha into two babies when she was just a fetus so that they can later unify to turn into a powerful demon and that she will disappear once Sasha and Misa turn 15.

Anos then came up with a plan to save both Misa and Sasha but then he gets stabbed by Ivis. When he was about to use time magic he was stopped by Eugo La Raviaz, Guardian God of Time who fused with Ivis and killed Anos. Anos returned unharmed and sent Misa and Sasha to the past to save their life. Anos obliterates Ivis and resurrects him. Ivis gets his unaltered memories back only to reveal he betrayed him because of his altered memories generated by someone working for Anos Dilhevia.

Sasha and Misa get saved as they return as true twins. Anos brings the scepter to get the perfect score and giving Misa a ring to enhance her power and Sasha the phoenix robe. Anos comes to learn about the Unitarians from one of his classmates Misa Ilioroagu and that it’s lead by Melheis Boran an Elder Demon King. Anos later engages in a duel with Lay to examine Lay, Ilioroagu’s, and other Unitarian’s worth to join his team where he resorted to using a single tree branch only.

After winning in the duel, Anos gets challenged by Lay that he will be defeated by Lay in the next duel. Anos suspects that Lay is the reincarnation of someone he knew in his previous life. Misa, Sasha, Lay, Ilioroagu all get invited over to Anos’s place for celebration where Lay and Ilioroagu get welcomed in his team. Anos and Lay get chosen as the competitors for the magic sword tournament which made Anos skeptical.

Anos meets Melheis who claims that parts of his memories have been wiped yet he is sure about Anos being the Demon King. Anos took out Misa on an outing as his token of appreciation for her. While out, Ivis notifies Anos about Melheis being working under someone in governing the Unitarians.  On the day of the tournament, some additional information gets revealed.

After the competition Lay’s adoptive mother Sheila who is suffering from spirit disease reveals Lay is being controlled by Royalists. Emilia attacks Anos’ mother and the Unitarians to grab the sword Anos gave to his mother. Anos appears there reviving his mother and the Unitarians then teleporting Emilia only to kill her. He then resurrects Emilia as a hybrid to punish her for her deeds. After a personal moment between Lay and his mother he leaves.

Later he faces Anos in the finals. Anos won the fight despite having his power drained. He was then challenged by Melheis and others. The others were handled by Lay. Melexis while facing Anos reveals that she has Sheila. Lay immediately leaves in order to save her. Anos and Lay then get attacked by Melheis in the absolute space. While facing Melheis Sheila turns into a sword that Lay uses to slay down Melheis. Anos removes the brainwashing one Melheis. And later Anos is declared the winner of the tournament.

And Sheila her true form is a sword. In the city of Gairadite, Anos and Sasha meet Eleonore Bianca, a third-year student of the Hero Academy there. Eleanor tells them Jerga Kanon, an elite class of reincarnated heroes. Later Eleanor also tells him that 2000 years ago Kanon was murdered by a human. The inter-academy exams occurred not much later which was rigged at almost every point. Anos points out their cheating at every point and deals with every situation with his own magic. After a lot of combat between Anos and his foes.

It is revealed Eleanore is magic herself and she was created by taboo magic. Eleanor also revealed everything about the Hero Academy’s origin, how Kanon was killed etc. Later the three Elder Demon Emperors showed with a mysterious figure called Avos. Avos a few days later proclaims war on the human race while Anos meets us with the remaining demon lords. Anos’ friends promised to help him face Avos’ force. Anos faces Avos by himself.

Then it is revealed that Lay is the reincarnation of Kanon and was masquerading as Avos and explains the truth as to why he fabricated history after his death. Anos then allows Lay to defeat him even after having the odds beside him to stop the hatred between demons and humans. Jerga then arrives in the form of Sacred Magic. He tries to drain the hope of everyone to transform himself and gets slashed down by Anos and Lay only to get reincarnated by Anos. After the battle, Eleanore becomes Anos’ magic. Anos with his friends returns to their home.

Anos- The Japanese voice for Anos is played by Tatsuhisa Suzuki. He is from Aichi, Japan. He also happens to be the lead vocalist of the Japanese band OLDCODEX.

Misa- Misa’s Japanese voice is voiced by Tomori Kusunoki who is from Tokyo, Japan.

Lay- Takuma Terashima from Ishikawa, Japan played the Japanese voice for Lay. He did his graduation from Tokyo Announce Gakuin, a voice training school and is married to fellow seiyuu Satomi Sato.