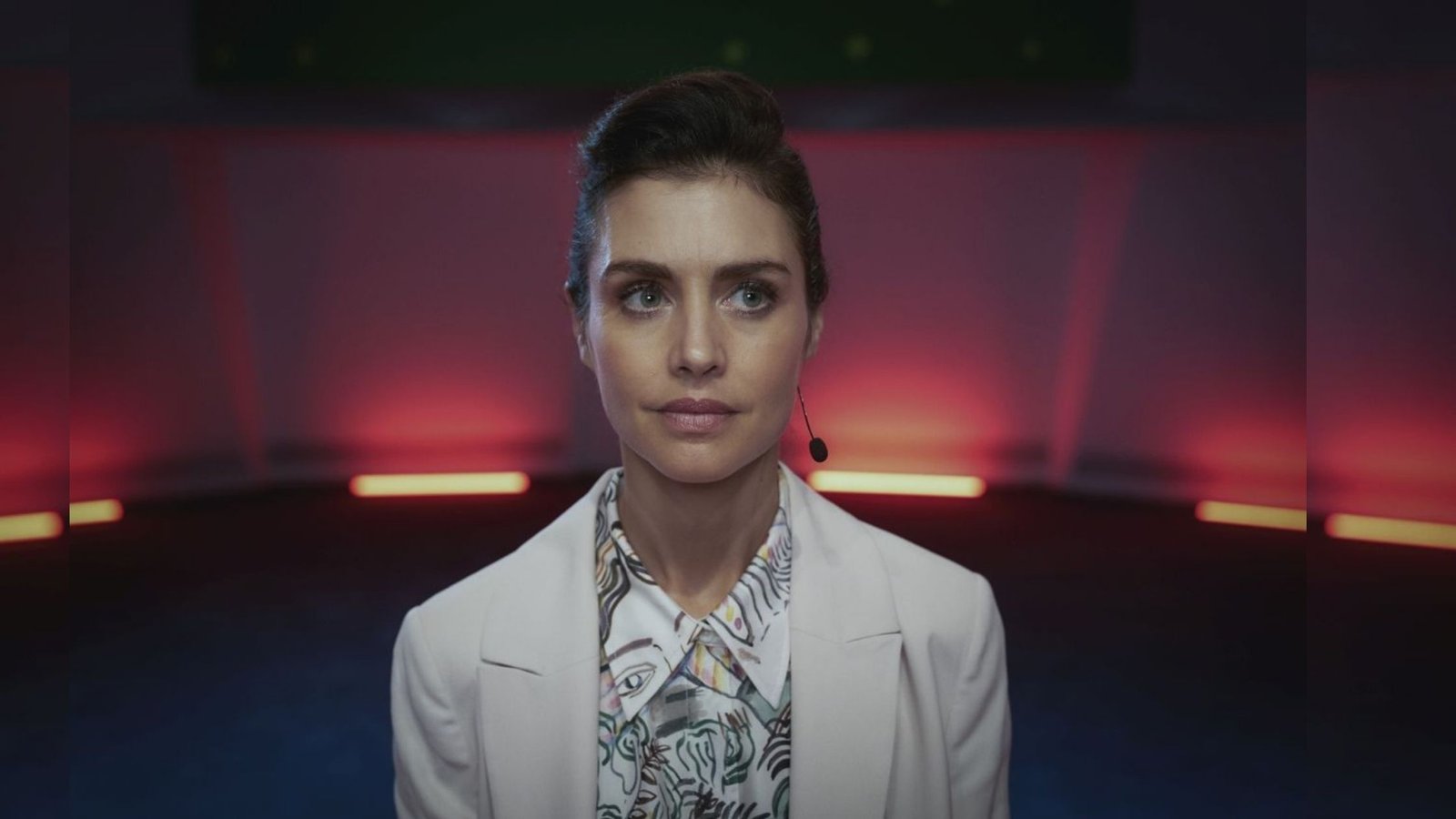 The One turned out to be one of the most futuristic web series on Netflix. The concept of a DNA match for finding love is quite possible shortly. The show’s idea is somewhat relatable to an episode of Black Mirror where Artificial Intelligence helps people find their true soul mate. Let’s dive straight into The One Ending Explained.

Rebecca web, the founder of the organization named The One, is the main Villain of the Show; she has terrible secrets to hide inside her devious mind. The story sets itself in a conference where Rebecca Declares her matchmaking product and how it can change people’s lives. According to the biological profile, she found a way to match people’s DNA with other people and see their soulmate.

The One Season 1 Recap

The story’s central theme is immensely affected by this matchmaking as initially, about 10 million people  Enrolled themselves on The one until the last episode this mark went to 26 Million. People engaging in this program started believing that The One will help them find their true soulmate, resulting in a spike in Divorce rates and people refusing to accept that the person they are living with right now loves them.

The story takes a turn when an investigative officer Kate finds a dead body in the LakeLake, and after identifying the DNA, it came out to be Ben, who was one of the members at The ONE. As the investigation proceeds various element gets involved in the Series, and there are parallel storylines into action. On the one side, there is a story of Hannah and her love life. On the other end, there is the story of Kate, who is investigating Rebecca for the murder case of Ben.

Rebecca as a corporate leader has some dark secrets to her. To show off that her Matchmaking company is perfect in its work, she gets herself a dummy lover Ethan to show of stage shows and how her creation has changed her life. At the same time, she loved Mathews and didn’t publicly accept him anywhere.

Kate, the investigative officer, finds out some clues that held Rebecca to be the murderer; later on, she finds the dead body of Fabio, the younger brother of Mathews, who was Rebecca’s love. After checking her phone records, she finds out that Fabio had called Rebecca many times before dying.  The story takes a turn from here on! Kate tells Mathews how Ben’s death and Fabio’s death were related to Rebecca and asked him to help her.

The One Episode 8 Recap

In the last episode of the ONE, Rebbecca announces herself donating all the shares to a scientific study lab, who will work on the DNA they have gathered. She also declares that after presenting, she will be living with her love: Ethan, for the general public but in reality, Mathews for the rest of her life.

She calls Mathews and asks him to meet her in an isolated place. Meanwhile, Mathews keeps his phone on record to help Kate in her investigation and to know the truth about Ben’s death. After Rebecca and Mathews Meet, he asks her about How Ben died, and Rebecca tells the story. She says that Ben texted her, ” You lied to me at the party,” to get clearance about what Ben meant, she met him, and there was the whole scenario waiting for her.

Ben yells at Rebecca for stealing all the Dna Data from him without informing him. In a rage, he shouts and tells her that she will take over the company where she used his Data collection. Hearing this, Rebecca was threatened and thought she might have to go to jail for this. Fabio, the younger brother of Mathews, was present at the scene as well.

The One Ending Explained

After hearing this, he tried to assault Ben and got tons of punches on his face; while Ben was Raging with anger. Rebecca unknowingly pushed him over the building they were standing on, and Ben went unconscious. To Prevent herself from getting caught, she takes Ben’s body to the lakeside and asks Fabio to stay in the car. Ben was Alive. She saw him coughing in vain, yet she threw his body in the LakeLake.

The whole story got recorded on Mathews’s phone. And suddenly there was an assault on him which led him to his death. Rebecca found his phone in his pocket with the recording button on and immediately deletes the recording. After Kate comes to their crime scene, she couldn’t retrieve any evidence.

The One Unanswered Questions

1 – This One struck me the most -” The assassin who killed Mathews was seen later on killed by Rebecca.” Did she got Mathews killed on Purpose? What was the complete story behind this!

2- The other question left unanswered that The One could match more than one person. Yet Rebecca kept that secret from all its users and misled them.

3- She talked about stepping down from the CEO role; why would she do that when she has already got all the evidence and the links cleared up!

4 – In the parallel story, Megan takes a strand of Hanna’s hair and sends it to the One! What does she plan to do?

Moreover, the Series seemed quite interesting. But for the most part, it was the quest to hunt the killer down. Whereas the name of the show suggests something Advance techniques of How matchmaking is done. The prioritization of the story was more on Ben’s murder rather than THE ONE.

The last episode turns the Heads up and lets the audience know that the show will belong. There will be a season 2, which might reveal most of the story in the second One. The mind games were great but they keeping everything up for the last episode is something I disliked.

MUST-READ| The It Crowd Season 6 Release Date And Plot