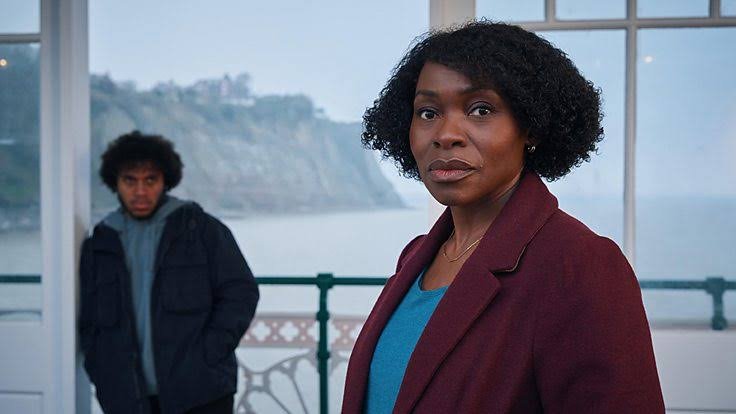 Do you enjoy crime thrillers? Do you enjoy the thrill of the chase, all that mystery, and anxiety? Then you should definitely check out The Pact. It would be less to say season one was a success. It was actually a grand success. Fans loved the gripping storyline, the interesting characters, the backstories- more or less everything. So it is only expected that season two will return with much bigger excitement. To add a cherry to the cake, season two of The Pact will feature a new story and new characters too. So get ready to experience creator Pete McTighe’s genius again. Let’s get into the details of season two.

Fans just cannot wait any longer for the second season of The Pact. Season one ruled our hearts indeed. And fans have the same expectations from season two too. Filming for season 2 of The Pact is underway. So you can expect that season two will be released sometime late this year or early next year. Till then, catch up on season one of The Pact quickly.

There is some very surprising news regarding the plot of season two. The plot of Season 2 will be featuring a completely new story. Peter McTighe has written a completely new story for the fans of The Pact. How exciting is that? We do have some information regarding the new storyline of season 2. BBC has released an official synopsis too. So let’s dive into the details of the storyline. The plot of season two focuses on Christine’s family. It is a big family. Will is her oldest son, Megan is her daughter and Jamie is the youngest. However, the family is going through some very tough times. They are trying to move on from the tragic death of their brother Liam. Bright times do lie ahead. The family is trying to hold out some hope in the form of Megan’s wedding. But things go south again. A stranger named Connor suddenly barges into their lives claiming a connection no one could believe in. Hidden secrets come to light and everyone’s loyalties are tested. Fans can expect a thrilling and nail-biting season two. As usual, a pact can only save the day. To find out what the pact is and what secrets the family is hiding, you will have to wait a bit longer. Don’t worry, the season will be more exciting and thrilling.

The Pact Season 2 Cast and Characters

Apart from a new storyline, The Pact Season 2 will also feature a new cast. Fans are getting excited by the minute. Season two is getting a completely new makeover. But we will see some old faces from season one. The very talented Rakie Ayola will return as the main character Christine. In season one, she had played the role of a detective. Season two will see her in a completely different role as a social worker. Fans are very excited to see this BAFTA winner on screen again.
Jordan Wilks plays the mysterious stranger, Connor. Lloyd Everitt, Mali Ann Rees and Aaron Anthony play Christine’s three children. It is not known who will be starring in which role. Apart from this star-studded cast, there are some big names associated with season two.
Elizabeth Berrington, Lisa Palfrey, Christian Patterson, Matthew Gravelle and Jacob Ifan are also part of The Pact season two. Fans can expect them in some big roles too. The show makers haven’t revealed who would be playing which role. So fans will be treated by not only a gripping and mysterious storyline but also this star-studded cast in season two.

Season one ended on 1 June 2021. Since then fans have been waiting eagerly for the second season. The filming is underway. So there hasn’t been any trailer released yet. Once the filming is complete, you can expect a trailer to drop soon. Meanwhile, do check out the trailer of season one on YouTube.

Where To Watch The Pact Season 2?

The question of the hour is when will season two of The Pact be released? Well, the answer isn’t clear yet. But don’t worry, since filming is going on we can expect season 2 of The Pact to hit the screens soon. Once it is officially released, it will be available online too. However, to visit your favourite TV show again, check out all the episodes of season one on BBC iPlayer. It can be expected that season 2 will also be available there on its release. You can watch season 1 on Amazon Prime also.