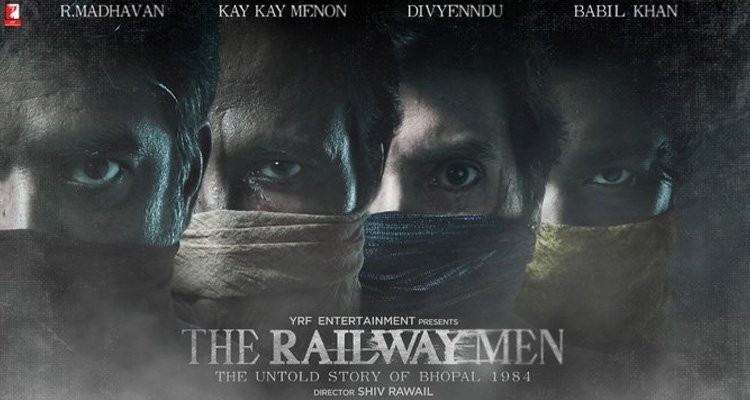 YRF Entertainment, from Yash Raj films, announce its new project on 2nd December. It will be its first web series and the series is named “The Railway Men” which will be based on true events. The series is supposed to be a tribute to Bhopal Gas Tragedy. The show will be directed by Shiv Rawail who was an assistant director for many successful Bollywood movies such as Dhoom 3 starring Aamir Khan, Fan starring Shahrukh Khan, and Befikre starring Ranveer Singh.

The show has already created a lot of buzz among the critics and the audience too since it will be a debut show for Rawail as a director and it is YRF’s first web series. It would be interesting to know if the show has been successfully met our expectations. Akshaye Widhani who is a senior VP at Yashraj films said, “The Bhopal Gas Tragedy is one of the world’s worst industrial disasters that has made the worst impact on the city and the people. It is a story that needs to be told and everyone should know this. At YRF, we are trying very hard to bring a story to the audience which will do justice to these unsung heroes of this accident.

The filming of the show began on 1st December and the project was announced on 2nd December. The series is supposed to be released on 2nd December, 2022, the same day as the tragedy took place 37 years ago. The series will release on a streaming platform although we don’t know on which streaming platform the show will be released. Yogendra Mogre who is an executive producer at YRF Entertainment said about the show, “The show is a tribute to the accident, the unsung heroes, their courage and the humanity. This story needed to be told by someone and we will make sure that we create something which will be able to make the audience understand the depth of the destruction the accident has caused to India.

The show will cast popular actors like R. Madhavan, Kay Kay Menon, Divyenndu Sharma, and Babil Khan who is the son of late Bollywood actor, Irrfan Khan. These stars are supposed to play the workers of the Bhopal Railway Station who saved many innocent lives without caring for their own lives. The names of the characters which our stars will be playing are still unknown.

This series will be a tribute to the heroes of the Bhopal Gas Tragedy. There is still no information about the plot of the show and we cannot do anything except wait for the makers to say something. However, since it is based on the Bhopal Gas Tragedy, it will feature how that incident took place, how these brave people saved many innocent lives, and what was the effect of this accident on Bhopal. Madhya Pradesh and our country, India. These people who saved so many lives are still unknown to us. Through this show, we will be able to know them, their inspiring stories and we will be able to pay homage to them.

There is no trailer for the show as the filming of the show just started. It is expected that makers will release the trailer a few days before the release of the show. However, YRF has released an announcement teaser of the show. In case you want to watch that, you can watch it by clicking on the link given above. Fans are supposed to be a little more patient and wait for the responses from the makers or the actors.