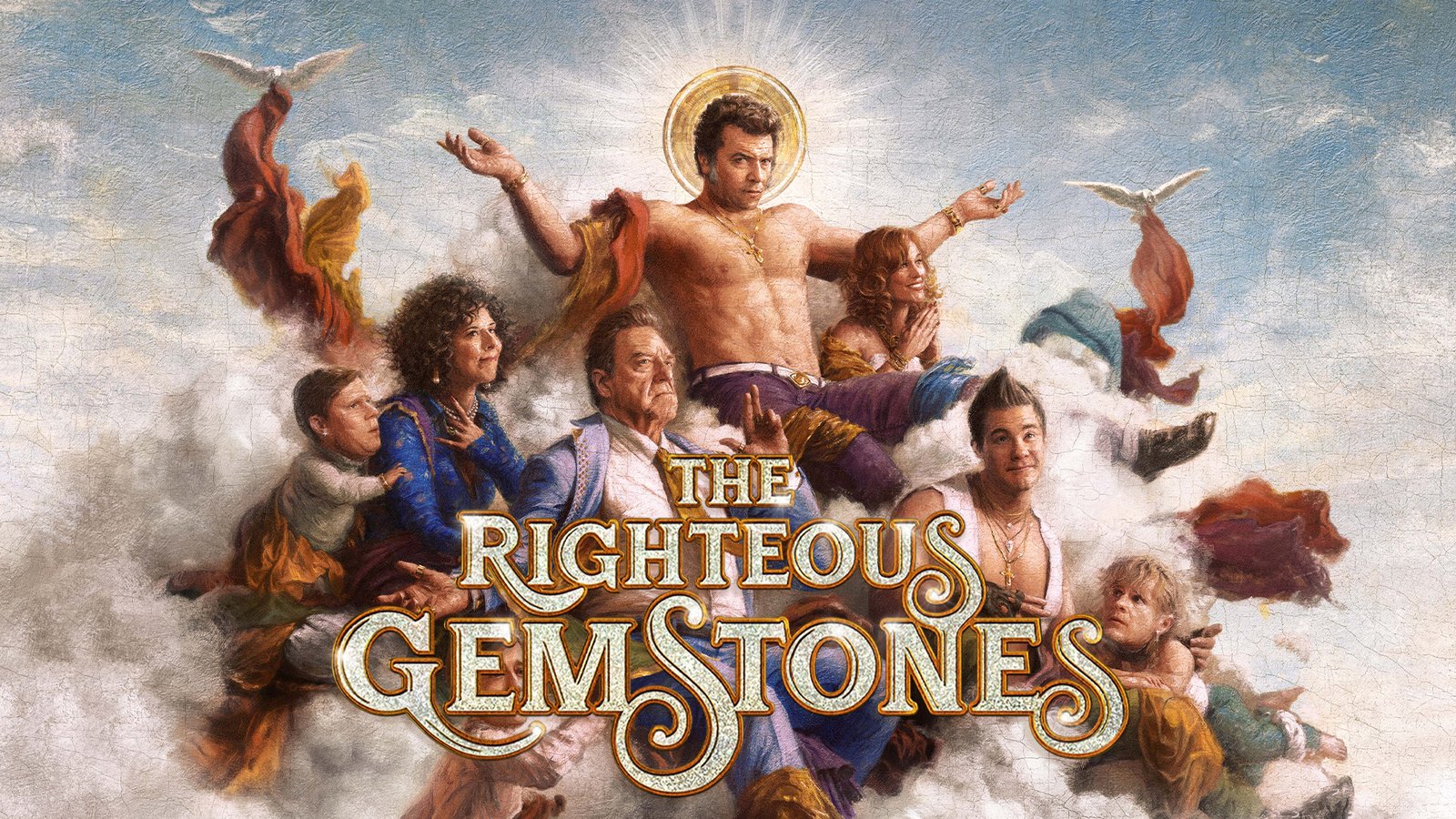 Our guess is Danny McBride knew what he was doing when he named his latest show.  The show follows the story of a family of megachurch televangelists that enjoys a spotless image in the community, which, when it comes to the lives of the head of the family’s adult children, couldn’t be farther from the truth.  So the family’s shenanigans should be named ‘The Righteous Gemstones’  for all the fans to delight in.

This crime-comedy never fails to impress. With the story woven so beautifully and the characters having depth and substance, The Righteous Gemstones caught the heart of all the fans from the first episode itself, which was released in August 2019.

It’s almost been 3 years since the show was first aired on HBO, and there is just as much excitement in the air for its third installment. We simply cannot wait to watch the whole Gemstone family come together once again and take us on another one of their crazy and fun-filled adventures.

So, without further ado, let’s dive straight into all the deets available for the third season’s release!

All of us have been waiting with bated breath for official news about this delightful show’s third season.  With HBO confirming the news for the renewal of the series for another season after the second season’s finale on 27 February 2022, fans are even more excited than ever to know when the Gemstone family will return.

And although there hasn’t been any news as to the exact date yet, we can expect the third season to drop any time in the year 2023.

Before we begin speculating about all that the third season might bring, let’s look at what transpired in the previous two seasons.

Where there is wealth, there is enmity.  And our not-so-righteous Gemstone family made some very unlikely enemies. Their holy image in the community was nothing but a facade, and Eli Gemstone’s brother-in-law knew that very well. Needless to say, the wicked brother made plans for the family’s downfall from the throne they sat on. Which leads to some dangerous circumstances.

Eli Gemstone and his children accumulated wealth with their phony church televangelist business.  When we say a lot, we mean private jets, mansions, and a lot of cash!  And this level of wealth attracted Baby Billy, the brother-in-law, enough to make the Gemstone family’s life a living hell, and it began with blackmail.

Jesse Gemstone, one of the family’s sons, was as reckless as they came. Young and carefree, he was once caught on camera doing drugs and all sorts of other questionable things with sex workers, and it was this very moment that led him into trouble.

Having recently arrived from a mass baptism in China, the two sons Jesse and Kelvin came home with their father Eli aboard their private jets.  Only to be greeted by a confused and afraid Reverend Johnny Wesley Seasons, worried about the Gemstone family taking over his humble little local church, which would eventually lead to him being sidelined.

But the good Reverend’s requests fell on deaf ears as Jesse shrugged all his pleas off. Circumstances were such that Jesse received a video from an unknown number soon after this event. And boy, this video could lead the whole family into serious trouble, not only from the community but from the law itself.  And Jesse was now confused about whether to show this video of him doing drugs to his family.

But unable to handle the stress it brought, he eventually came out clean in front of his family, including his wife scornfully coughing up the 1 million dollars that the kidnappers demanded.

While dropping the money off, Jesse secured the drive containing the video. They then beat up and run the blackmailers over to settle the score. But unfortunately, the nightmare isn’t over yet.  Jesse’s golden friend, Keefe, helped him track the blackmailer’s car through the traffic cams. It was then that they got to know about a third person in the car who was completely unscathed.

But the curtain came off on the mysterious young man soon enough when we learned that the third blackmailer was their brother, Gideon, who left the family to pursue another career. Some family, huh?

To make matters worse for everyone, Eli’s brother-in-law, Billy’ was still bitter about his sister’s divided loyalties after he married Eli Gemstone. Although we saw a few bonding moments between Eli and Billy, they weren’t enough to convince us of Bily’s good nature. From what it seemed like, his resentment ran too deep, and we were sure we hadn’t seen the last of it yet.

The show kept throwing us back and forth between the past and the present to give us more, and boy, were we shocked to see what they revealed.  from the family’s falling out to Gideon recording the infamous video that put Jesse in a whole lot of trouble, the Gemstone family’s dramatic flare sure wasn’t a recently acquired taste.

Then there was the whole bru-ha-ha with Eli finding out all about Jesse’s infamous night out with drugs and hookers, and needless to say, the big man was not pleased.  The next thing we knew, Jesse and Kelvin were kicked out of the family business, as we know that’s what it was at its core.

The events soon led to Jesse repenting his sins with Gideon, and that was where the first season ended.  But the next installment packed in even more drama and mystery than we saw earlier.

The second season’s release shed light on the chaos that ensued in the Gemstone family’s life up to that point and revealed that their enemy, who orchestrated it all, was none other than Lyle Lissons, a Texan Evangelist.  So it was about competition all along.  But things weren’t so quickly settled.

Not only was Lyle competitive, but also a cold-blooded murderer. He neither felt any guilt nor remorse over the innocent lives he took. This showed the Lisson and the Gemstone family in stark contrast, which made us appreciate the latter even more.

As the story progressed, we saw the whole family moving from one ordeal to another together.  Their loving bond was tried and tested many times, especially toward the end of the season when Jesse became a hilarious murderer and still found his whole family stood by him till the very end.

So from the reveal of Cycle Ninjas, hired to kill Eli apparently, being nothing but a bunch of teenagers and the Lisson family getting what they deserved all along, the season ended on a relatively happy note.

But chaos is always a stone’s throw away where our precious Gemstones are concerned. So we can expect their past to come a-knocking yet again and take them unawares. With Amber’s past still unknown and her motives unclear, she is sure to kick the story off in a new direction in Season 3.  Then there is the new and budding relationship between Eli and Junior which we haven’t seen the last of.

All in all, the next season is going to be a blast, and we are all here for it!

The show’s casting is every bit as delightful as the plot itself. John Goodman stars in the role of Eli Gemstone and leads the fictional Gemstone family with Danny Mc Bride (Jesse Gemstone), Adam Devine ( Kelvin gemstone), and Edi Patterson (Judy Gemstone) in the roles of his children.

Then we have the hilarious Walton Goggins in the role of Baby Billy Freeman, who certainly did justice to the character’s arc by the end of the second season. So these delightful; actors are still expected to be there in the third season.

Also, as sources confirm, we will also see the delightful Kristen Johnson in the show. And we are excited to see what the Gemstone family is cooking up for us next!

Ever since the second season’s finale was aired earlier this season, fans have been angling for a trailer, or even just a teaser, of the third season of their favorite show.  But, as the news goes, it’s still in production, so, unfortunately, no trailers have been released yet.

Still, if you have been missing the excitement that a preview of a season brings, why don’t you go and check out the previous season’s trailer for now?

Where to Watch the Righteous Gemstones Season 3 Online?

While we all wait for the third season’s release, you can go ahead and enjoy the earlier two seasons of The Righteous Gemstones on Hulu or HBO’s official website.