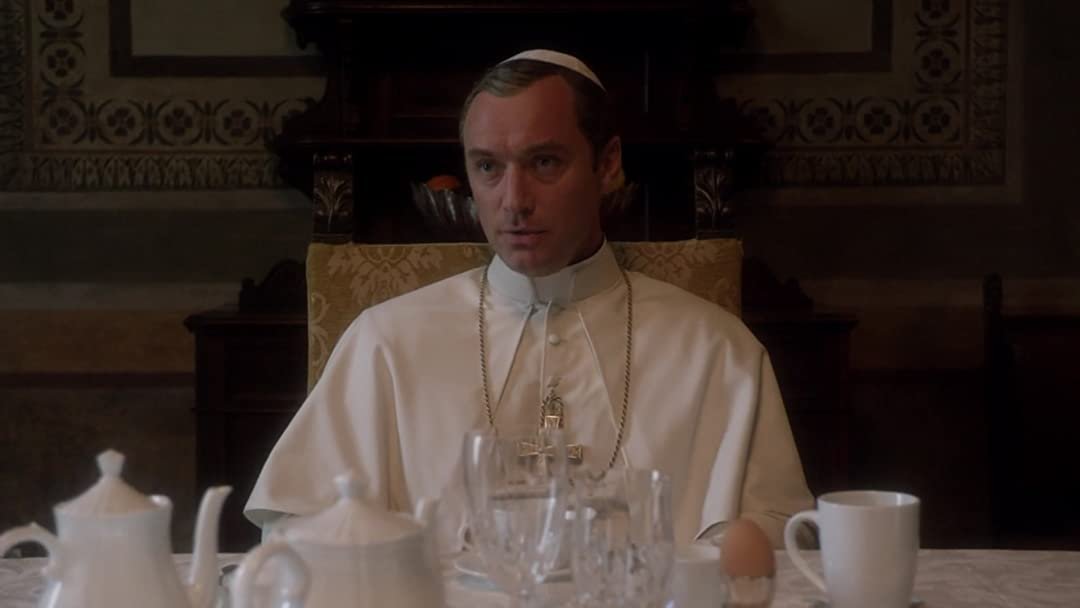 The Young Pope is a European drama series directed by Paolo Sorrentino and was released on TV on the 21st of October in 2016. It is one of HBO’s most popular shows. Before the show was premiered on TV, the first two episodes were screened at the 73rd Venice International Film Festival. This was the first show ever to be premiered at the Film festival. The Young Pope is made up of 10 episodes in total. The final episode of the series was released its last episode on 18th November 2016. It is a well-received show and in 2017 the show was nominated for two Primetime Emmy Awards. This was also a first for any Italian show to be nominated. The Young Pope has an IMDB rating of 8.3/10 and 80% positive reviews on Rotten Tomatoes and also it received 91% likes from Google users. The show stars Jude Law as ‘Pope Pius XIII’ and Diane Keaton as Sister Mary.

Although initially, it was decided that show was going to be a limited one, however in 2020, a follow-up season titled ‘The New Pope’ was released on the 10th of January 2020, this season is made up of 9 episodes. This follow-up was also received well by people. It has been considered one of HBO’s best shows of all time. The New Pope has a rating of 8.1/10 on IMDB and 90% positive reviews on Rotten Tomatoes and 89% likes by Google users. And we see Jude Law return as Pope Pius in this season.  Fans love the satirical tone of the story and how well the pope’s life is shown interestingly in modern times. The director Sorrentino has stated that the show is exactly who he is as a person, a bit depressed and a bit satirical.

Overall, The Young Pope and The New Pope have done well among the viewers. This has made many people wonder about the third season. Is there going to be one? Has anyone confirmed it? Read on below to find out more about the show and its next season.

Do not forget to keep yourself updated on your favorite shows here at @Poptimes.

Since the release of the second season, viewers have been wondering whether there is going to be the third one at all. Or anytime soon? Luckily, the director has confirmed a third season for the show. Sorrentino has shared that the show is going to be a trilogy, therefore with that, we are sure that a third season is on its way. However, as for the date and story, there is not much shared and discussed by the makers. And for now, the only thing to do would be to wait and look out for any updates that may come up. But at least, we know the third is on the way, that is enough to make the fans happy.

When a failure in choosing the next Pope of the Vatican Catholic church fails due to some reason, a young Cardinal called Lenny Belardo (Jude Law) steps up to become the next Pope. For this, he takes up the name of Pius XIII and from then Lenny is Pope Pius XIII. After getting into a position of power, he proceeds to challenge the already established way of the Vatican church. His idea to change the way the church works also partly because Lenny had been abandoned by his parents leaving him as an orphan.

Therefore wanting to confront this, he goes on to change the way the Vatican works. He even installs the nun who had raised him while Lenny was in the Orphanage. Sister Mary (Diane Keaton) is appointed in the Vatican as the new Pope’s chief advisor by Lenny. All this change leads to disruptions within and outside the Vatican church.

In the second season titled ‘The New Pope’, the story of the Vatican church and its disturbance created by Pope Pius XIII is continued. In the new season, Jude Law is back with his role as Lenny Belardo or Pope Pius XII. A new character is also introduced in this season called Pope John Paul III played by John Malkovich.

He is a young American Cardinal, who becomes the pope of the Vatican church and brings disruptions by introducing changes in the established system of the church.

Sister Mary is an American religious nun who raised Lenny and his friend at the orphanage. She was appointed by Lenny as a chief advisor/Personal Assistant to the pope.

The new pope was introduced in the second season.

Where To Watch The Young Pope Season 3 Online?

The show is available for watching on AmazonPrime, Hulu, etc.