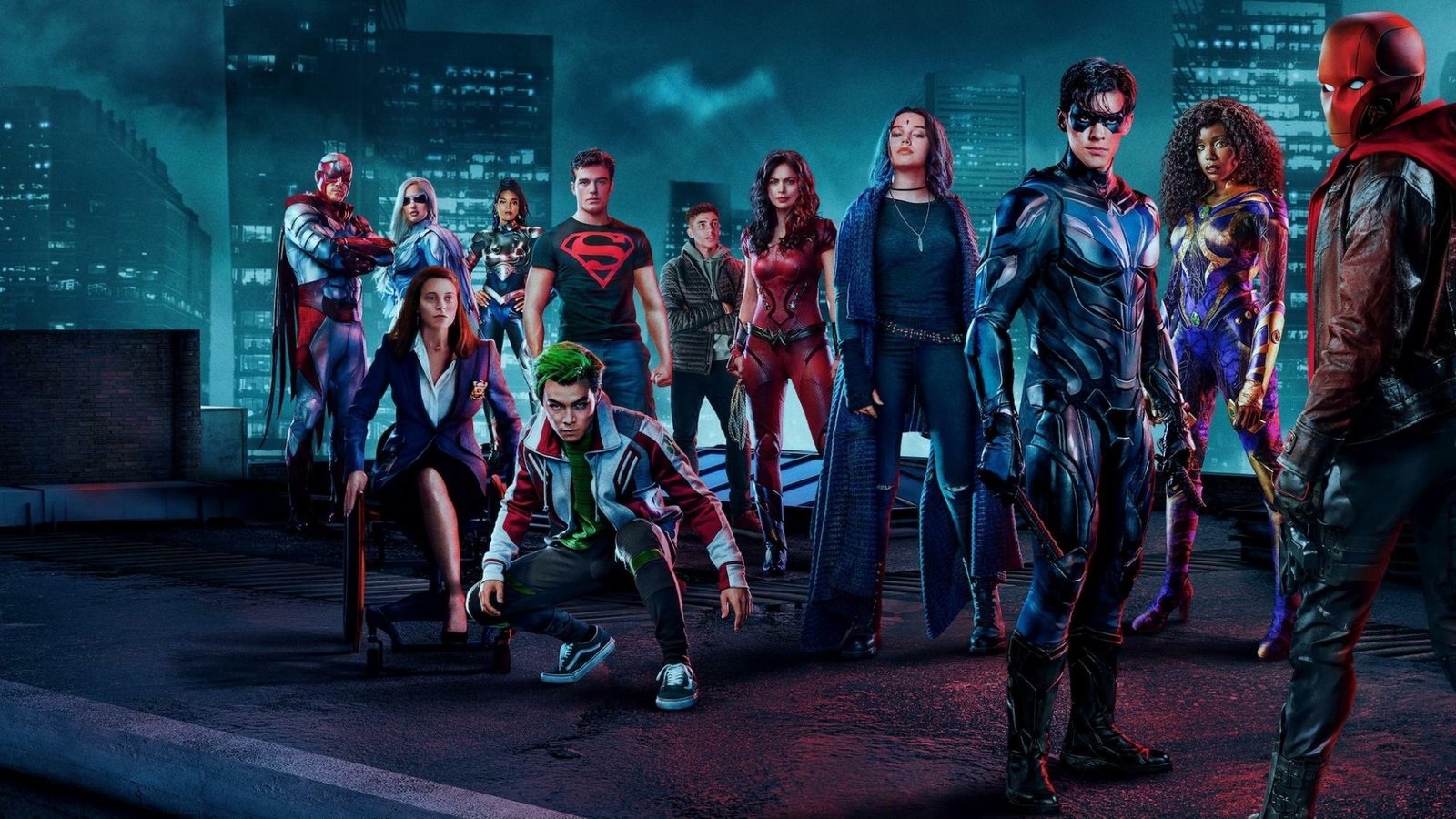 Created by Akiva Goldsman, Geoff Johns, and Greg Berlanti, Titans is an American superhero television series based on the DC Comics superhero team, the Teen Titans. The series is all about a group of young heroes who join forces in their fight against evil.

The third season performed remarkably and attained a 100% approval rating on Rotten Tomatoes. The reviews of this series prove that the concept wonderfully captivated the interest of the audience and justify why people have high expectations from the upcoming seasons. The executive producers of the show are Akiva Goldsman, Geoff Johns, Greg Walker, Greg Berlanti, Sarah Schechter, and Richard Hatem. Walker serves as showrunner for the four continuous seasons.

The fourth season has still not been released but some of the fans are already hyped up to know about the release of season 5. We understand the excitement of the viewers considering how interesting the plot of the series is and what a tremendous job the makers have done by increasing the level of excitement in each season. In comparison to season three, season four is expected to have more thrill and adventure and season five is expected to take the excitement to another level by introducing unexpected twists in the plot.

So, we will not make you wait any longer and give you all the information that we have about season 5.

Here’s all you need to know about the release of season 5.

The fourth season was announced in October 2021 and the making started on February 28, 2022, which went on September 30, 2022. The series has been divided into two parts. The first part of the fourth season is going to release on November 3, 2022. The new episodes will then be telecast weekly, every Thursday, until December 1, 2022, on HBO Max. This will be the first part. The remaining episodes, consisting of the second part will premiere sometime in 2023.

The fourth season will premiere with the first two episodes of the season, which will be immediately available and the rest of the episodes will release weekly on HBO Max. This season will include a total of 12 episodes which will have an average runtime of 40 to 54 minutes per episode.

Since season four is still due for release, we can make no speculations about the release date of season 5. As we mentioned before, that season 4 will be in two parts. The first one will premiere in November this year and the second one will premiere sometime the next year. The only thing that we can say about season five is that it will not release anytime sooner.  We can make some estimates about its release after the second part of season one finishes next year. As of now, nothing can be said about the release of season five but all that we know is that the release of season five is somewhat confirmed. Some of the members of the cast have said things that directly or indirectly indicate the confirmation of season 5. For more precise information, we will have to wait.

Because of the reasons we mentioned before, nothing can be said about the storyline of season 5. Let’s talk about the plot of season 4. In season four, we are going to see the team of heroes trying their best to have a fresh beginning and forget the memories of the horrible days spent in Gotham City. The Titans will make their way to San Francisco. They make a halt in Metropolis where they find themselves in the crosshairs of a supernatural cult that has immense powers. This encounter is something very strange and different from anything that they’ve faced before.

In the finale episode of season three, named “Purple Rain,” which was telecasted on October 21, 2021, we saw A.R.G.U.S. agents being led by Vee to rescue Barbara. The Titans unite again after Tim joins them. After Crane detonates one explosive, he threatens that he would set off the other bombs as well if the Titans fail to solve his clues. But Dick turns the tables by directly attacking Wayne Manor with Gar, Jason, and Tim, who help in deactivating the explosives and capture Crane.

Meanwhile, the remaining members of the Titans convert Lazarus Pit into rainfall that had the power to resurrect those who were killed by the first bomb. Bruce comes back to Gotham, where Jason clears things out with him before going.

Conner helps in designing a new ship for Blackfire, who then bids goodbye to him and Kory. Donna is asked to join A.R.G.U.S. and now the team is left all by itself with the task of finding Dawn. Tim gives company to the Titans as they make their way back to San Francisco in an RV. Before he parts ways, Dick makes Rachel use the pit’s dark magic on Crane.

These characters are likely to remain the same in season 5 as well. However, there is always a possibility of elimination or the addition of new characters in the series. We will get to know that once we receive some updates about season 5.

The trailer for season 5 is most likely to release when it is announced or just a few days before the release of the season.

Where To Watch Titans Online?

Let’s now talk about where can we watch this series.

Season 4 of this series will only be accessible on HBO and HBO Max as the series has been exclusively developed for the digital streaming platform. We would also like to inform you that the membership of the platform costs $10 per month or $100 per year for the ad-supported plan and for the ad-free option the cost is $15 per month or $150 per year. The viewers are free to choose the membership plan according to their preference and enjoy the vast range of series that HBO Max has to offer its users with a variety of content ranging across different genres.

Seasons one-two was launched on the DC Universe streaming platform while its third season arrived on HBO Max. All the seasons of this series are now available on the same platform. If you have not yet watched any season of Titans, you can binge-watch them on the above-mentioned platform. So far, there are no updates available about season 5 but whenever it releases, it is going to be available on the same platform for streaming.

MUST READ: A Friend Of The Family Season 2 Release Date: When Is It Coming?