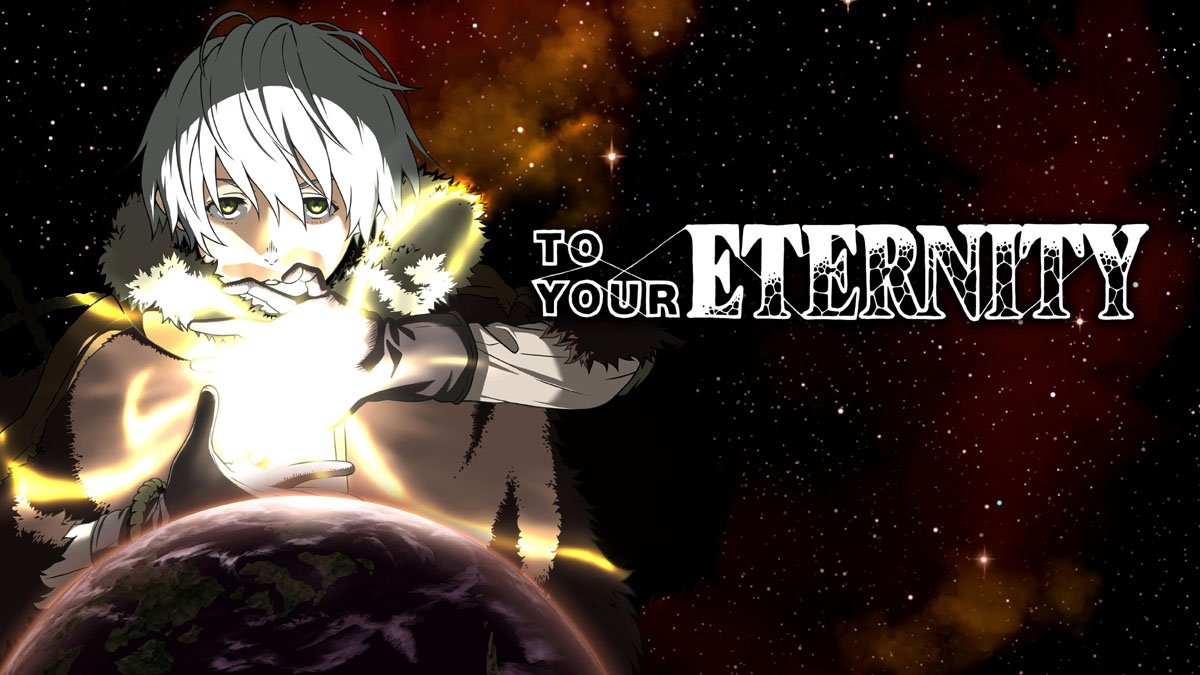 Fantasy anime has been one of those genres which have never seen a fall in the fanbase, in fact, the fanbase tends to grow every day because of its ability to take you to an imaginative world and of course the beautiful and outstanding animation which will leave you in awe.

To You, Eternity is an anime adapted from an award-winning Japanese manga of the same name by Yoshitoki Oima who is both the illustrator and writer of the manga. The manga has been running since 2016. In 2021 it got adapted into anime series which is written by Shinzo Fujita and directed by Masahiko Murata. The anime was well received by the audience and received positive acclaim from the critics making it one of the most viewed series. The announcement for the second season was also made which all the fans have eagerly awaited. Season 2 has had some changes in terms of the director that is Masahiko Murata has been replaced with Kiyoko Sayama and everything remains the same for the second season.

Today we will share with all the fans some details on the second season’s first episode and will answer some questions that have been going in your mind since the announcement of the renewal like when it will be released, whether there will be new characters joining, what will happen to Fushi and which part of the manga will be covered, where will it release and many more. Thus, to calm your curiosity and to give all the required answers you are looking for, you will have to do a simple thing, which is to scroll down and start reading which will unveil everything for you. So dive deep into the article to get all the updates.

The second season of To Your Eternity episode 1 is all set to be dropped on October 23, 2022.  The fantasy series will surely surprise you yet again this is something we can assure you of and the amazing animation will yet again keep you glued to your screens along with the storyline. Apart from this keep in touch with us to get more updates on the series that will be released by the creators as we will update them here from time to time.

To Your Eternity Season 2 Episode 1 Story

Season 1 ended with a lot of questions in our minds and with a cliffhanger which is extended for a long but thankfully season 2 is set to be released and we have some updates on what you can expect from the next season. Season 2 of To Your Eternity will be covering the Uralis Kingdom Arc. According to the trailer and the visuals season, 2 will show how the orb turns into Fushi. Fushi has decided to stay away from human contact as he does not want any death to happen again that has already taken place. In the second season, the viewers will get to see a grown-up Fushi who has been living in isolation for 40 years and claims that he does not need any friends and is capable of living and fighting alone just to save humanity however he has been warned that no matter where he is or whether he is contacting humans or not, the Nokkers will continue to attack. A new journey will begin in this season and Fushi has to decide his stance on the journey, he will be meeting new characters who have been reincarnated. To see what exactly will happen and how he will save humans and who he meets and how will they help him, you will have to make sure that you do not miss the date of release at any cost. If you think you need a recap, get it now before the release so that you can catch up with the new season and episode on time without facing any spoilers.

To Your Eternity Season 2 Episode 1 Characters

The famous manga-adapted series To Your Eternity is all set for the release with the second season and I am pretty sure you all must be wondering about the characters and new entrants, right? So, let me give you all the details regarding the characters. It includes Fushi a creature that has the power to change his form and to build objects from his own body. He has departed to Earth with a responsibility to get information and experiences preserved.  Which helps him to acquire the skill to communicate and converse with humanity;

Nokkers can shapeshift and has parasitic abilities which are preventing Fushi from fulfilling the responsibility for which he has been sent to earth. They are the villains of the series and also merge themselves with one of the humans which in turn gives them more power;

The White-Haired Boy is a lonely nameless young boy who Fushi meets first in his good wolf friend form named Joaan who died but Fushi took his form and used it as his appearance; March is a girl who after escaping from a ritual adopts Fushi;

Parona is like a sister to March, Pioran is the old lady taking care of Fushi but eventually dies because of her old age. She however is born again as a horse and serves Fushi;

Hayase is a warrior who is trying to sacrifice March. She is also an antagonist of the series in the beginning and has a keen interest in Fushi because of his abilities. However, later on, she will be seen devoting herself to the protection of Fushi; and

Gugu is a young lad who wears a mask to cover his damaged face and works in the restaurant of Booze Man who treated him as well while he was on the verge of dying.

It also includes Shin the elder brother of Gugu; Rean a girl from a well-fed wealthy family who pays visits to Booze Man restaurant where she becomes friends with Gugu and Fushi;

Booze Man owns a restaurant and is also friends with Pioran;

Tonari stayed with her father and gave him company when he was sent to exile in Janada which is known for criminals;

The Beholder is the one who narrates, has created Fushi, and has also sent him to Earth.

To Your Eternity Season 2 Episode 1 Trailer

To Your Eternity Season, 2 trailer episode 1 trailer has not been released yet on Crunchyroll but a trailer and the visuals have been shared by Anime Universe on their Official YouTube Channel which explains everything that you can expect from the series this time. If you would like to watch a trailer because you are new to this anime series and have developed some interest after reading this article then you can watch the first trailer of the series. The trailer of the first season is available on the official YouTube channel of Crunchyroll called Crunchyroll En Español. You will get the hang of the series with this trailer and the animation will surely make you want to watch the whole series for sure especially if you love fantasy anime series. If any other trailer is released for the second season of the series or any new information is released by the team officially then we will update you with it. And for that, you just have to stick with us to get notified about all the updated information we will share.

Where To Watch To Your Eternity Season 2 Episode 1 Online?

To watch the second season’s first episode of the fantasy anime series which was quite popular among the viewers you can get access to the platforms where it is available. The platforms which stream the series are Netflix, Crunchyroll, and HBO Max. Choose your preferred OTT that works in your region and enjoy it when it is released. If you have not watched the first season yet or want a recap of the season before watching the second season, you can watch it on these platforms. There are 20 episodes in total running for 25 minutes. The special episode of the series runs for a longer period. You can watch the season at your own pace as some time is still left for the second season to be released. If you would like to read the manga then you can read that in Weekly Shonen Magazine, and Kodansha USA for the English version of the manga. The manga consists of 17 volumes currently and more will be added. We will keep you updated with all the latest updates as and when they are released by the creators, distributors, and the team of the series. Till then enjoy the first season and get ready for the second season which is going to release very soon.