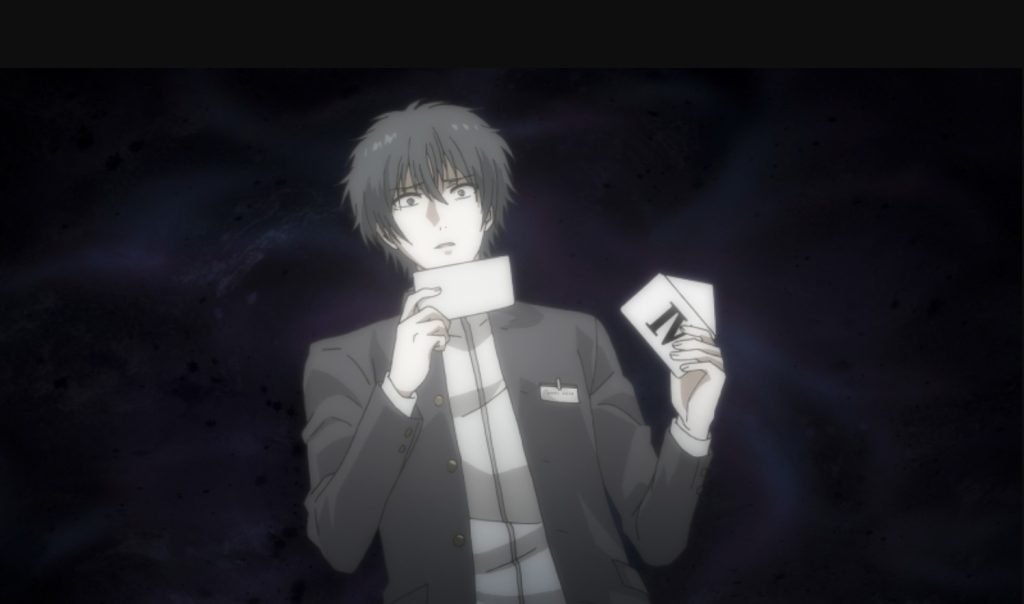 Friendship is very important in our lives. You trust your friends so much don’t you? But what happens when all of that is tested and tried for? When it turns out all your friends were only betraying you and you came to know all that through a game? Well, all these questions are what Tomodachi Game deals with. An anime belonging to the death game genre has gained a lot of popularity now.
Tomodachi Game is so famous that the manga not only has an anime but two live-action films and a television drama adaptation too.
Yuichi Katagiri, the protagonist, is financially challenged. However, he diligently saves money to go on a school excursion with friends. He trusts his friends blindly.
But all the good times come to an end when all the money disappears and Yuichi and his friends are thrust into a mad and wild game. These games will test their bond of friendship. Multiple secrets are revealed and the trust begins to fade between the friends. Will Yuichi be able to trust his friends and make it out alive? Only time will tell.

Well, your wait is over. We are going to reveal when episode 11 of Tomodachi Game will be released. The new episode is expected to be released on 15 June 2022 at 12 AM JST. So catch up on the old ones before the release of the new ones.
Tomodachi Game Episode 11 Story
In episode 11, we will get to see Yuichi dealing with the K Group. Tenji and Yuichi’s friendship is tested. We will also see the relationship between Maria,
Hyakutaro and Chisato. Maria and Hyakutaro’s relationship will mature too.
Everyone then meets at the catering station. Yuichi then bullies Maria. This almost leads to a fight between Hyakutaro and Yuichi. However, Maria intervenes and stops them. This angers Yuichi more and he pulls her hair to get on Hyakutaro’s nerves.
Yuichi teases Maria more trying to infuriate Hyakutaro. He asks Maria to join his team but Chisato stops him.
Chisato thinks that all of this is a trap and Maria is only playing with them. This angers Hyakutaro even more and a fight breaks out between them. Kei then steps in trying to calm them and suggests they speak to the leader.
The main question here is whether Yuichi is deliberately trying to anger them and break their team apart with Maria’s help? Is all of this one of Yuichi’s carefully laid out plans? We’ll know this only after watching the episode.

The success of the anime is credited partly to the amazing storyline and the interesting characters. The manga from which the anime is derived has been conceptualized by Mikoto Yamaguchi and written and illustrated by Yuki Sato.
They have done an excellent job creating these characters. Some of Japan’s most notable voice actors have lent their voices to them.
Yume Miyamoto has voiced the character of Shiho Sawaragi. Tomohiro Ono voices Makoto Shibe.
Yuichi Katagiri is voiced by Chiaki Kobayashi. He is the protagonist of the series. Then comes Daiki Hamano. He voices the character of Tenji Mikasa.

The game has become much more interesting and exciting. Unexpected twists and turns have kept viewers on their toes. Episode 10 was probably one of the best episodes of Tomodachi Game. Yuichi, who has been away from all the madness from the beginning, has now taken interest in the K Group. Meanwhile, Tenji has been hiding from the K Group but his body is giving up due to a lack of food. His condition is worsening day by day and time is running out. Yuichi has some chaotic ideas to find Tenji. He decides to separate the K Group into teams to search for him. This will only make the K Group weak. It seems that is Yuichi’s motive altogether. The main question this episode asks is whether Yuichi will keep Tenji’s trust and friendship intact?
However, Yuichi can provide Tenji with food. On the other hand, Maria, Hyakutaro, and Chisato are approaching Yuichi. In the previous episodes, we had seen that they rescue Maria. Her friends pushed her off a cliff.
The show is becoming more interesting with a lot more twists and turns as we approach the finale. The characters have also developed new skills. Yuichi is now aware of his ability to read people’s behaviors. He utilizes his newfound abilities to split and weaken the K Group. There is no doubt that we can expect some new and unexpected twists in future episodes.

Where To Watch Tomodachi Game Episode 11?

The wait is almost over. You can watch this episode on NTV, BS NTV, and AT-X. However, it is also available on Netflix and Crunchyroll online. So you can watch the new episode on all these sites.