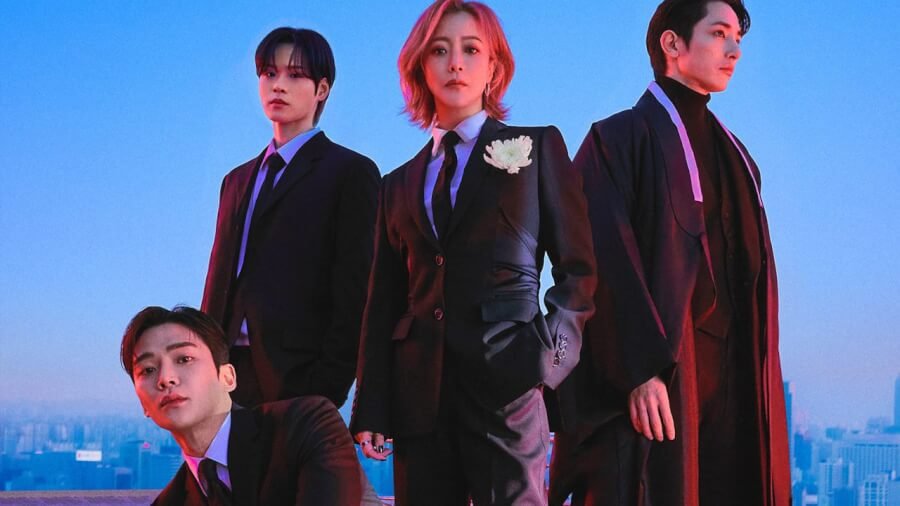 Hi and welcome back to yet another explanation of one of the most watched series on Netflix. Today we are going to talk about a series which ties individuals’ fates together and shows a different way to look at life.

Death is something which causes pain and suffering to the ones who witness their loved one die. So, one should always keep in mind that, treasure the beautiful life that God has gifted you with.

Tomorrow K drama is one of the most watched dramas of 2022. The drama made it to the platforms in May 2022 with 16 episodes in total. If you’re a fan of thriller, action, drama and slice of life mixed together to give you something worth binge-watching. Then, you should definitely not let go of that right?

Let’s begin the first with a little recap of the season.

As the crisis management team of three stops people from committing suicide they get an alert in their devices which alerts them to the suicide committing rate. And once they stop them from killing themselves the rate goes down and they show no future suicidal signs.

But stopping them at each step is Park Joong-gil who is the leader of the Grim Reaper Management. He is always the one who wants the disaster management team to be gone and always sees eye to eye with Koo Ryeon. All of them are a part of Jumadeung. The company that runs these teams and supports the soul to cross over after they meet their death or even reincarnate as soulmates. Guiding and controlling them is their director, The Jade Emperor.

But the question is who did the Jade Emperor wish Koo Ryeon to save when she was brought back from the rings of hell? And why does Joong Gil hate her so much?

Well, then let me explain step by step. Koo Ryeon and Park Joong are tied together by the strings of fate, so they can be called soulmates for life. They would reincarnate and be born as each other’s life partners till eternity. But there is a but! Their strings would cut if one of the lovers commits a sin, that is, commits suicide then they will reincarnate but not as each other’s soulmates.

READ MORE: Why Did Maggie Leave The Walking Dead?

In Koo Ryeon’s previous life she was disgraced by the villagers and her husband too was humiliated when the barbarians attacked the village. In order to save herself and her husband from the pain and to protect the honour of the family, she committed suicide. Thus, breaking the bond of fate that the duo was tied to. She even pursued the Jade emperor to seal off Park’s memories from her previous life. The memories that tied her to him so that he doesn’t remember her after they reincarnate.

As she committed suicide, she was a sinner who was trapped in the circles of hell, which the Jade Emperor rescued her from, thus she became a part of Jumadeung.

But when Park started getting nightmares and saw Koo in them, he knew something was wrong. Using his Reaper’s agreement which they both signed earlier he doesn’t allow Koo to protect the actress who is actually her best friend from the past now reincarnated as an actress.

Reapers are not allowed to mix together their own affairs with humans. But Koo Ryeon breaks all the codes and protects the actress from committing suicide.

Park breaks the rules and uses the password to enter into the happenings of his life from the past. He happens to learn everything and how Koo Ryeon is his soulmate and she committed suicide to protect him from further pain as they reincarnated in the future. And he knew in all their previous lives they were born as each other’s lovers but they were never meant for each other as pain and suffering embraced them all the time. And Koo had to die in the end.

He takes in all the punishment that Koo was tied with for breaking the rules and they share a silent understanding.

The scene ends with the Reapers’ back-to-solving cases and Choi Joon Woong returns to his body, only to return back as a Reapers 50 years after his death. Park and Ryeon are no longer in a cold war but they now work together as a team. The last scene also shows that he and the actress are now soulmates for life as Koo spots the red string of fate attached to his wrist.

While, on the other hand, we learn Im Ryung Goo’s secret, who used to follow a woman after 6 o’clock after he left the company. We slowly come to know that he used to keep a watch on his reincarnated mother from a distance. His mother committed suicide before he became a grim repeater. And Goo blames himself for her death. Now born again they notice she being tied to fate will again commit suicide. Together with his team he finally saves her and meets her although he removes their last meeting memories from her.

The season starts with Choi Joon Woong’s constant failure to get hired. Devastated, he decides to commit suicide, by the bridge only to look back and find another man trying to do the same. While stopping him from jumping he meets Koo Ryeon and Im Ryoong Gu.

One thing leads to another and he ends up dead and meets the grim reaper hereafter. Later he learns that his actual body is now in the hospital in a coma and his soul has now been escorted to an afterlife company where they recruit grim reapers to help lost souls cross the gates of heaven or hell.

Shocked at first, and now as a half soul, he gets his first job as the new employee in the crisis management team who stops humans from committing suicide. Here he meets Koo Ryeon and Im Ryoong again.

Together they solve many cases amidst their own troubles and the rest of the company employees who see them as an eye sore.

This is all about Tomorrow. Now go and watch the show on Netflix.