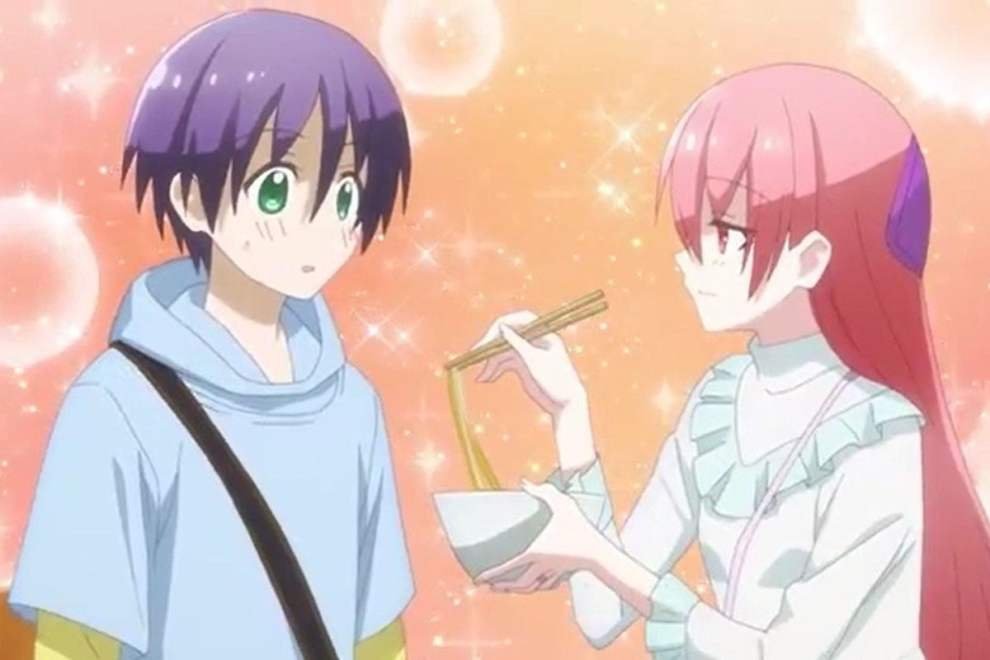 Tonikaku Kawai also popular known as Tonikawa: Over the Moon For You, is an extremely wholesome anime with a somehow unique take on the romantic genre in the anime. The main characters are just adorable and viewers just can’t have enough of them. We see a beautiful relationship unwrap slowly with time following a slow pace. Beautifully written characters with a teensy bit of inspiration from the ancient Japanese story of Kaguya Hime also known as The Moon Princess gives the series the unique touch which makes it stand out even within the vast domain of rom-com animes. The theme music is a sweet one sitting well with the plot set up and story setting the perfect mood for the series. The main couple became extremely popular despite being from a seasonal anime which pretty much explains the impact the series left.

Even with only 1 season consisting of 12 episodes and an OVA only, the series Tonikaku Kawai earned an enormous fan base. And fans just can’t wait to see more of our one of the most favorite wholesome couple. However, there has been no official announcement regarding the release of the second season but it is expected to be released sometime in 2022.

Love. A beautiful heartwarming thing that knows no bounds and exists on Earth, not only among humans but also among animals. Love is something with no boundaries whether it’s a romantic one or any other kind.

Romantic Love in between humans usually follows a similar pathway where two people get to know each other, then become close, then they get romantically involved and finally they get married. The series Tonikaku Kawai however has a different and unique take on the matter. In this series, we get to see the main couple getting married first, then getting to know each other, then getting romantically involved as their feelings for each other grow deeper with time. We get to follow the married life of Nasa Yuzaki and Tsukasa Yuzaki.

In the beginning, we find Nasa as a determined individual who appears to have his entire life sorted out with a solid plan chalked out by himself regarding his future. And his planning isn’t just all talk, and his potential was visible enough to prove his determination to achieve the future he mapped out for himself.

He was pretty confident in himself and was doing his best in his academics so much so that he stood out when it came to grades and academic skills. All of these were indicating towards a bright promising future Nasa had in front of him. However, fate had something else under its sleeves for Nasa. Fate wasn’t so polite to Nasa that he might go ahead and achieve his dream. His life was going smooth apparently thanks to his excellent academics but all changed on one fateful night.

His life took a steep turn that night to a direction he didn’t even imagine about. On that night, Nasa encountered a beautiful maiden across the street he was standing, mesmerized by the beauty of the maiden Nasa was so captivated by her beauty that he lost awareness regarding his surroundings and he tried to approach the maiden who was as beautiful as the moon across the street. But on his way, he met an unfortunate accident where he got hit by a moving truck.

However, lucky for him, he survived the accident barely thanks to the swift action carried out by the same maiden Nasa was bewitched by. The maiden that day was none other than Tsukasa. Tsukasa and Nasa were both heavily injured yet Tsukasa was in the condition of walking yet on the other hand the situation for Nasa was not so good he was bleeding all over the place and was just barely staying conscious. But even in his dire situation, he walked up to Tsukasa in order to interact with her showing how much Nasa was captivated by Tsukasa.

Nasa realized that it was a do or die situation for him and he might never come across Tsukasa again ever in his life and that’s something he wasn’t willing to happen so by mustering up all of his, strength and courage he asked Tsukasa out even with the crippled situation his body was in. And surprisingly, Tsukasa accepted his proposal however Tsukasa had an odd condition for accepting his proposal which is that Nasa has to marry Tsukasa in order to go out with her. This encounter marked the beginning of a wholesome journey surrounding the married life of Tsukasa and Nasa as they gradually grow intimate and slowly discover more about each other.

Tsukasa Yuzaki- Japanese voice actress Akari Kito from Aichi Prefecture, Japan plays the role of Tsukasa in the anime series. She also plays the role of Nezuko from the widely acclaimed Demon Slayer series, Kotoko from Kyokou Suiri, and many more.

You can watch the previous season of this amazing anime here on Gogoanime.