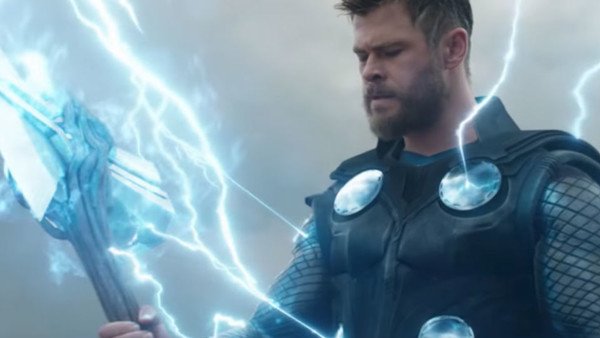 If you have stumbled upon this article, you must be familiar with the Marvel Cinematic Universe. This fictional superhero franchise never disappoints with its content. The writers have managed to build godlike superhero characters. Now, let’s get to the main discussion of this article: Top 10 Most Powerful Avengers.

Elizabeth Olsen entered the Marvel Cinematic Universe with her film Avengers: Age of Ultron. She portrayed the role of Wanda Maximoff, i.e. Scarlet Witch. With her first performance in the Marvel Cinematic Universe, she became a fan favorite. In every new Marvel movie, there is a new superhero introduced. Still, Elizabeth Olsen has managed to stay at the top of the avengers ranking.

There was an entire series dedicated to this one character, Wanda Maximoff. The series was named WandaVision. WandaVision brought the powers of Wanda Maximoff/Scarlet Witch to notice. Being exposed to the Mind Stone, Wanda realized her true powers increased. One of those powers includes using Chaos Magic since birth. Although Wanda is not physically strong compared to Thor, the abilities of the Scarlet Witch make her superior to any other Avenger.

In the final battle of Avengers: Endgame, Scarlet Witch single-handedly forced Thanos to escape the fight. No other Avenger could single-handedly fight against Thanos. This battle proves that Scarlett Witch is the most powerful Avenger.

Bob Reynolds portrays the role of Sentry, the superhero with the overwhelming power of a million suns exploding. Flying, invulnerability, psychic abilities, godlike physical prowess, and transforming matter to the molecular level are some of Sentry’s superpowers. Sentry is the Angel of Death.

The character, Sentry, is complex. He proves to be a superhero with instances where he makes the world forget his existence. This psychologically complex character avoids confrontations with the use of his superpowers.

Sentry is his enemy with an alternate personality called the Void in the Marvel Cinematic Universe. Sentry has the power of a million suns exploding, while the Void is the darkness of these suns.

Sentry is the copy of the superhero Superman. They have many similar superpower traits. But, Sentry is more powerful than Superman.

Doctor Strange has proved to be one of the most powerful superheroes in the Marvel Cinematic Universe. Doctor Strange’s ego is one of his assets. He is self-confident. He has strong willpower, forcing him to find some remedy to treat his damaged hands.

Doctor Strange is intelligent compared to other Avengers. He is a life-long student, which makes him crave knowledge. Doctor Strange is not just a magic practitioner but also a martial artist. He is also proficient in judo and kung fu. Like most superheroes, Doctor Strange can fly but with the help of a cloak.

Using energy blasts is one of the most dangerous powers possessed by Doctor Strange. He also can become intangible. Doctor Strange is the most powerful magician who can modify his essence into an astral form traveling virtually anywhere.

Chris Hemsworth is famous for playing the role of Thor in the Marvel Cinematic Universe. Thor, Odin’s son, is the Norse God of Thunder and the prince of Asgard.

Thor went on dangerous missions and tested his abilities. He became worthy of Uru hammer Mjolnir. This hammer is not only used for destructive purposes but also building and blessing. Later, Thor battled Hercules, which Zeus had to stop. Zeus cleared the memory of this battle from the minds of both Hercules and Thor.

Thor has superhuman strength, agility, speed, and immunity to most diseases. The Uru hammer Mjolnir is the greatest asset of Thor. This hammer is enchanted and can be used to create energy blasts called anti-force. Thor can control rain, wind, thunder, and lightning with his hammer. He also can create lightning with his hands. The hammer also helps Thor fly, hover or go into other dimensions.

The Incredible Hulk is one of the most powerful and loved characters in the Marvel Cinematic Universe. Scientist Bruce Banner transforms into a superhero, The Hulk. As a child, Bruce had an abusive father. Bruce was shy, introverted, and a genius. He worked in the field of nuclear physics and helped the US army for making weapons.

The radiation made Hulk’s body hard. With his physical prowess, The Hulk can jump great distances without hurting. Hulk’s skin is thick and is impossible to penetrate. He has a greater lung capacity. The Hulk transforms when he gets adrenaline rushes.

Hercules is one of the most powerful Avengers in the Marvel Cinematic Universe. The character built after a literal god in Greek mythology, Hercules, is a fictional superhero character. The character Hercules is so powerful it had three self-titled limited series to explore all the superpowers.

Hercules possesses the same superpowers as an Olympian god. The character built after a literal god has superhuman strength, reflexes, speed, stamina, and endurance. He can run at the speed rate of over 100 mph and jump in the air over 100 feet. Hercules has complete resistance to high-caliber gun bullets.

Hercules invented the martial art style of Pankration. Boxing, archery, and Greco-Roman wrestling are some of the sports Hercules plays. As an Olympian god, Hercules is immune to all the diseases, heals faster, and has immortality.

Vision is one of the most powerful Avengers in the Marvel Cinematic Universe. He is not a superhuman or a human. Vision is an android that defies physics and fights with his computer brain as a part of the Avengers team. Robotics genius Phineas Horton is behind this innovation called Vision.

Vision has an artificial body as it is a computer brain and not a human. Vision’s computer system ranks world-class has greater strength, resists harsh conditions, and self-repairs. It has extensive data storage capacity and holographic projection as well.

Vision uses solar energy to provide energy for himself. It can make himself ultra-light, ultra-dense, and immaterial, controlling his android frame density. This android can also fly to heights at high speed. The android keeps upgrading himself from time to time.

MUST READ| Where To Watch Doctor Strange In The Multiverse Of Madness Online?

Valkyrie is one of the most powerful Avengers in the Marvel Cinematic Universe. Valkyrie uses her superpowers to defend Asgard. Like other superheroes, she also possesses stamina, strength, reflexes, and durability.

She is capable of capturing Thor and Loki and defeating The Hulk. She is a master swordswoman and a combatant. This female Avenger is also an expert at being a pilot.

Odin ordered Valkyrie to fight with Hela, the Goddess of Death. She was supposed to defeat her. But Valkyrie was unsuccessful in the epic battle. With the disappointment of failure, she exiled herself, becoming Scrapper 142 on the planet of Sakaar.

Captain America is one of the most powerful and loved characters in the Marvel Cinematic Universe. Steve Rogers, son of a World War I veteran, was courageous with outstanding moral fortitude. Dr. Abraham Erskine sent Steve on a Government secret super-soldier program. Steve Rogers proved himself worthy of this experiment, becoming the world’s first superhero, Captain America.

The world’s first superhero has an out-of-this-world aim. Captain America can hit his opponents with his special shield. He can accurately hit targets from a distance of 10 meters. Captain America remains the best knife thrower in the Avengers.

Being able to see the future is a huge asset of Iron Man. He can easily predict his opponent’s moves. Iron Man is smart with all the technology he uses. He also gets a new armor in every Marvel movie. Iron Man means well but ends up endangering many lives.

Although Iron Man has advanced in his engineering, he remains mortal. Iron Man has developed the skill to deal with The Incredible Hulk. Iron Man remains one of the smartest Avengers in the Marvel Cinematic Universe.

MUST READ| When Did The First Avengers Movie Come Out?