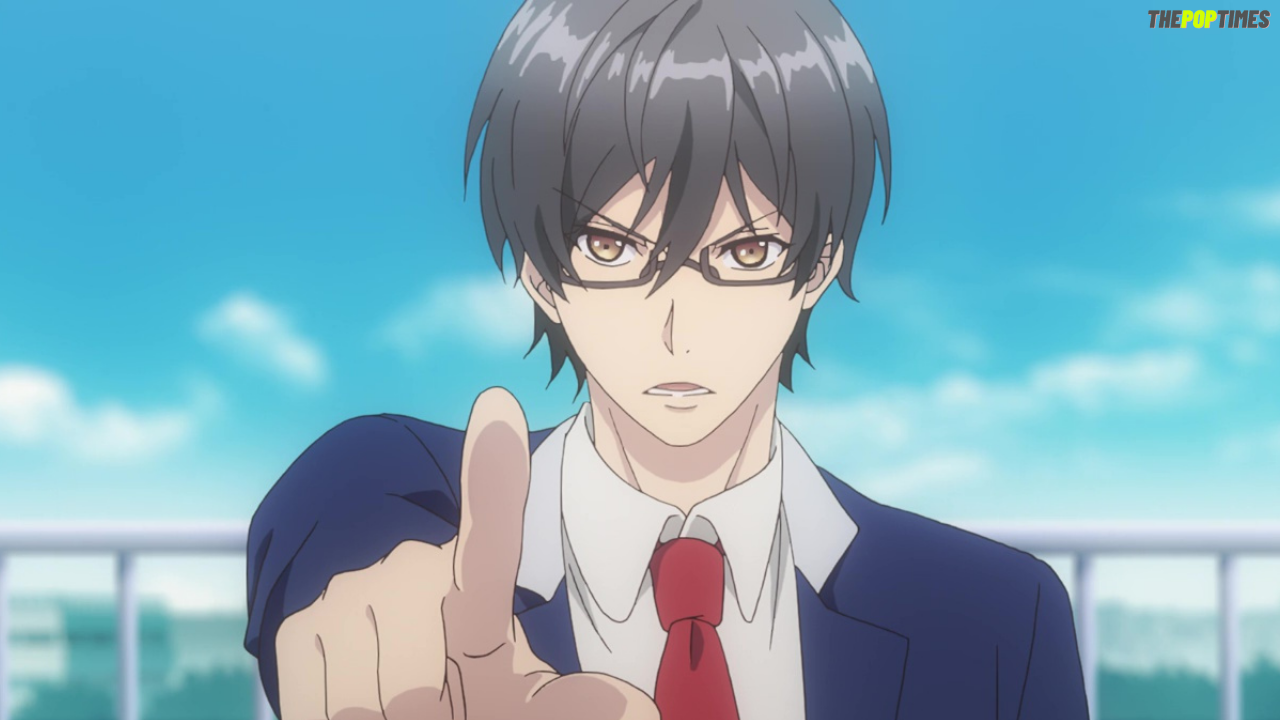 In the Amine world you most of the hear or even watch romantic, ecchi, science fiction but less time any sports series. So, in this, I will tell you about a particular sports-based show. If you do not try any of this genre amine series, wanted to try it then it is for you. It is also the adaptation of a Japanese manga series written by Shunsaku Yano. This was published in a magazine – Monthly Comic Gene. Its first volume was published on 15 June 2018. Try Knights is a Rugby-based sport Japanese amine series. Rugby is a 19th-century team sports game and also a variation of football. Played with an oval-shaped ball, between two teams contains 15 players in each team.

The series was written by Makoto Takada and directed by Tadayoshi Sasaki. In terms of sports technology work, the series did a remarkable job. If we compared season one with other sports series then the series is not that good or ever blow average. As this sports amine series placed itself on adult based shows but in my opinion, it is not for adults the children also watch it to understand this sport. Taking about the renewal of the show there are few chances to see the next installment of it. Here is the update related to the season 2 release date, plot, cast, and more.

The first season was dorp two years back on 30 July, with 12 episodes. The last episode was aired on 15 October 2019. The amount series was available on 13 original networks – Miyatere, STV, TVI, ATV, NTV, ytv,  TeNY, HTV, FBS, TVK, TOS, SDT, FTV, and it a good part of the series. As we above the show is below average and ratings are not that much good. But for the renewal of the, there is already content is available as it based on the manga series whose more volume is also published. So, content-wise series will surely come but looking at the review and audience side so, there is a very slight possibility for the announcement of the Try Knights Season 2 release date.

Who watches season one and like it for them the maker has to come back with more hard work and better performance. The series has a lot more content they create not one more but more than that.

Currently, there is no information revealed about the characters and their voice cast members. Then we take a look at season one of Try Knights cast and character. The main lead character of the amine is Riku Haruma voiced given by Shōgo Sakamoto, a student at Soran High School. Reo Asamiya was voiced by Takuya Satō who is a Rugby team leader. Akira Kariya was voiced by KENN one of the fit students of Soran High School. Tomomi Hōryū voiced by Seiji Maeda, Tori Fuyuhara voiced by Takuma Terashima, Pearce Valentine Shōtani voiced by Shūta Morishima, Sōya Randō voiced by Kōhei Amasaki, Seiichirō Nade voiced by: Yoshiki Nakajima, and Keita Oguma voiced by Hidenori Takahashi. Other Yukiya Katashiro voiced by Wataru Urata, Shōgo Tenkawa voiced by Haruki Ishiya, Akiomi Suruga voiced by Tomoya Fukui, and Rinto Arimura voiced by Shun Horie.

The story revolves around the Rugby game and Riku Haruma who is a great Rugby player at once. When he entering in school decide to not play Rugby anymore by considering his health. One in a school he is walking around the playground and saw some playing game madly. Also, a passionate player Akira Kariya after that Riku feels like that he goes and give them some Rugby advice to better their game. That moment changes everything for Riku to change his decision. If you can’t wait for the coming of the Try Knights next part desperately wanted to know the further story then you can read the magazine. Because currently there is no news come about the renewal of the series.

Unfortunately, the original Japanese language amine series is only available in Japanese no even in the original English dub. It is also one of the reasons why the series is not doing well. The only way the English knower can watch this sports anime is Crunchyroll that includes English subtitles with a Japanese dub. For Try Knights Season 2, there is no trailer release as a maker doesn’t say anything about the new season.

READ MORE: Are You Lost? Season 2 Release Date Reveal Or Not!