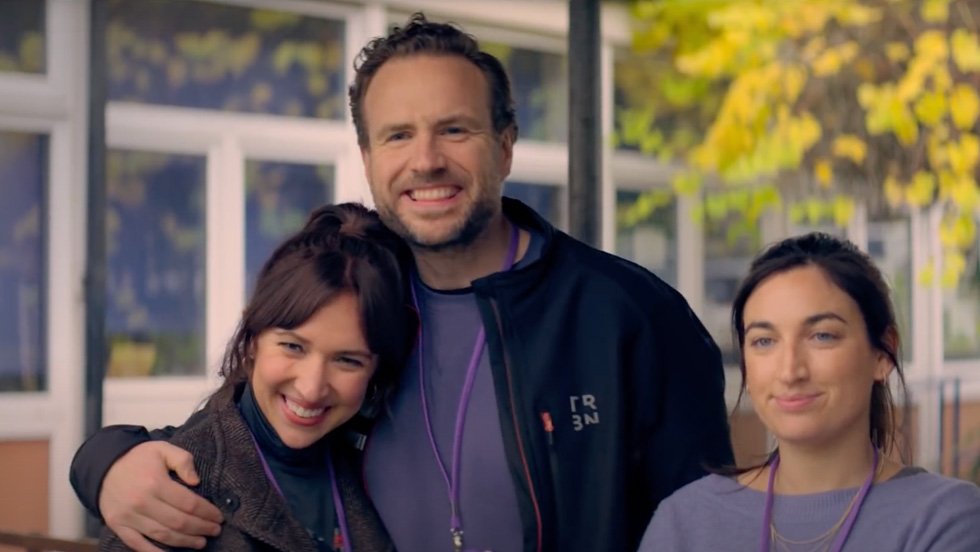 Trying is a comedy series with an incredible storyline, and once you start watching it, you will be glued to the screen until the end. I can assure you that you won’t regret watching this series. To date, the series has only two seasons, which comprise 16 episodes together. Continue reading this article to know more about the series Trying Season 3 Release Date!

A British comedy television series Trying, written and created by Andy Wolton. The series is directed by Jim O’Hanlon. Emma Lawson and Chris Sussman are the producers of the series whereas executive producers are Andy Wolton, Josh Cole, and Jim O’Hanlon. Paul Saunderson, Joe Rubel, Guy Garvey, Maisie Peters, and Peter Jobson have composed the music for Trying. The series starts with Rafe Spall, Esther Smith, Ophelia Lovibond, and Imelda Staunton. On 1 May 2020, the first streamed on Apple TV+. Read this article till the end to know all updates about the series!

Under the production company BBC Studios Drama Productions, the series was first premiered on Apple TV+, on 1 May 2020, and all the episodes 8 episodes were released on the same day with the title: “Nikki and Jason”; “The Ex-Girlfriend”; “Tickets for a Queue”; “Rainbow Castle People”; “Someone Else’s Kids”; “Show Me the Love”; “Good Old Family Map”; and “We Know the Way Out”. After 1 year of season 1, viewers got another season of Trying on 21 May 2021, all episodes released weekly and the series has 8 episodes in total with the title of each episode “A Nice Boy”; “The Sun on Your Back”; “Big Heads”; “Helicopters”; “Maddest Sweetest Thing”; “A Long Way Down; “Lift Me Up” and “I’m Scared” and finally wrapped up in the same year on 2 July. I’m quite pleased to inform all the viewers of the Trying that their favorite series got an official announcement for renewal, even before the release of season 2. We can expect season 3 to release any time soon in 2022.

If you’re bored with monotonous series and want to watch something hilarious to lift your mood then yes! you have landed at the right place, Trying is the series that will make you laugh together with some serious scenes. Let’s read about the storyline of the series Trying, the storyline follows a couple of Nikki and Jason, they are seeking to become a parent but unfortunately, they were unable to conceive a child. So to have a baby, they together decided to adopt one. But will they adopt a baby? To know the whole story you need to watch Trying. Season 3 is already renewed, So in further seasons we will get to see what will happen with the couple. All the viewers are at the edge of their seats, but luckily we can expect season 3 any time soon in 2022.

The cast list of Trying perfectly blends with the whole storyline and together makes you laugh until your eyes become teary. So let’s see the cast list of Trying, Rafe Spall as Jason Ross; Esther Smith as Nikki Newman; Navin Chowdhry as Deven; Diana Pozharskaya as Sofia; Cush Jumbo as Jane; Paula Wilcox as Sandra; Roderick Smith as John; Marian McLoughlin as Jilly; Darren Boyd as Scott; Phil Davis as Vic; Robyn Cara as Jennifer/Jen; Sian Brooke as Karen; Imelda Staunton as Penny; Oliver Chris as Freddy and Ophelia Lovibond as Erica. However, we can expect to see the same faces in season 3 of Trying.

Where to watch Trying Season 3?

If you are seeking a site to watch Trying, then for all the viewers it is officially streaming on Apple TV+. Do watch previous seasons of Trying and let us know your reviews about the series in the comment section. Till then stay tuned with ThePoptimes for more such articles about your favorite shows and movies!