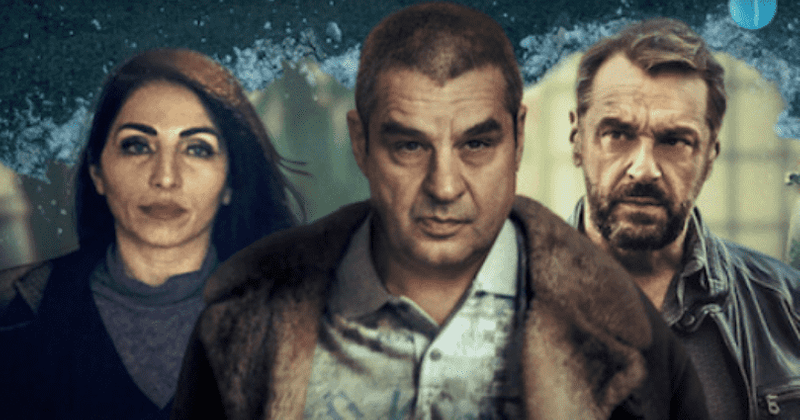 Undercover is a very interesting and amazingly written Belgian-Dutch-Dutch language crime thriller that started in 2019. It is carried by the online platform called ‘Netflix’. It was created by Nico Moolenaar and produced by Nico Moolenaar, Jan Theys and Ivy Vanhaecke. It has 3 seasons as of now. The first episode of the show (Season 1, Episode 1) aired on February 24, 2019, on Een in Belgium as it was co-produced with a public Belgium TV station along with Netflix. Then the first episode was streamed on Netflix on May 3, 2019. The first two seasons are packed with an engrossing set of ten episodes while the third season brings in a fresh turn out of events with a set of eight episodes. The plot of ‘Undercover’ is inspired by a true line-up of events set in Limburg, a Flemish province where official undercover agents infiltrated a drug ring. It is an extremely stirring tv-series that has intelligent twists laced together with vulnerable emotions.

Undercover Season 4 has not made any official announcement of launching but it seems like a huge possibility on the cards. Owing to the successful running and high viewership of the past three seasons, Netflix might release the fourth season. The third also had some mysterious loose thread ends that can be tied to the thread of a whole seasonal plot. If there is a fourth season, the drama can be expected to launch in 2023.

The story of Undercover majorly revolves around the two main characters Bob Lemmens who was an undercover police agent but seems to have lost his designation of such an official in season 2 and Ferry Bouman who is the drug Kingpin that Bob was initially set on locking down. There is a new Turkish mob that has a mole among them and that individual needs to be caught hence Bob is offered to team up with Ferry on an undercover mission to catch that individual. This is a very powerful mob whose head is Serken Buluts who is in wheelchairs and not much capable of leading the mob so it mainly led his wife Leyla Buluts. Ferry is supposed to infiltrate the inner circle of this gang saying he wants to get back in the drug supplying scene by helping them supply and Bob is supposed to act as his business partner on this matter by the name of ‘Peter’. The bait will be set by affirming that peter has access to the raw material and Ferry knows one of the best cooks of ecstasy. The quirky catch is that both these two characters do not get along due to past feuds and have bitter feelings in every inch of space between them.  Bob was sued for his actions while on the job and seemed to be running super low financially ever since. He reluctantly agreed to the mission on the condition that the charges against him will be dropped if the mission succeeds and Ferry was released early from jail with the same conditions. But can these two characters stay united professionally throughout the mission? Will their personal disputes ultimately be their ultimate? Or will they give in and smartly team up against the Turkish to take them down? Find out as you watch the show as soon as possible! Season 3 is a very caption from episode one up till eight.

This captivating stands out among most of the OTT crime-thrillers as it uniquely balances the good versus evil concept through a deeper sight in both types of characters- the good and bad. It shows a more vulnerable and humane side of the characters that also helps the viewers understand the events better. Hence, it is an insightful watch along with the gripping experience of thrill.  Another feature of the show that makes it a pleasure to our sight is the amazing shots of beautifully selected European locations. The location settings blend with the series of situations and actions. They enhance the impact of the scene and are an essential part of the casting.  This Dutch show gives an adrenaline rush with its enthralling and racing twists and turns but the finale will make it all worth it!

There is no trailer for Season 4 since the speculations are still in talk. But the other seasons are currently available on Netflix. Go and watch it and do let us know if you love it as much as we do! You can look at our other articles for more such shows.