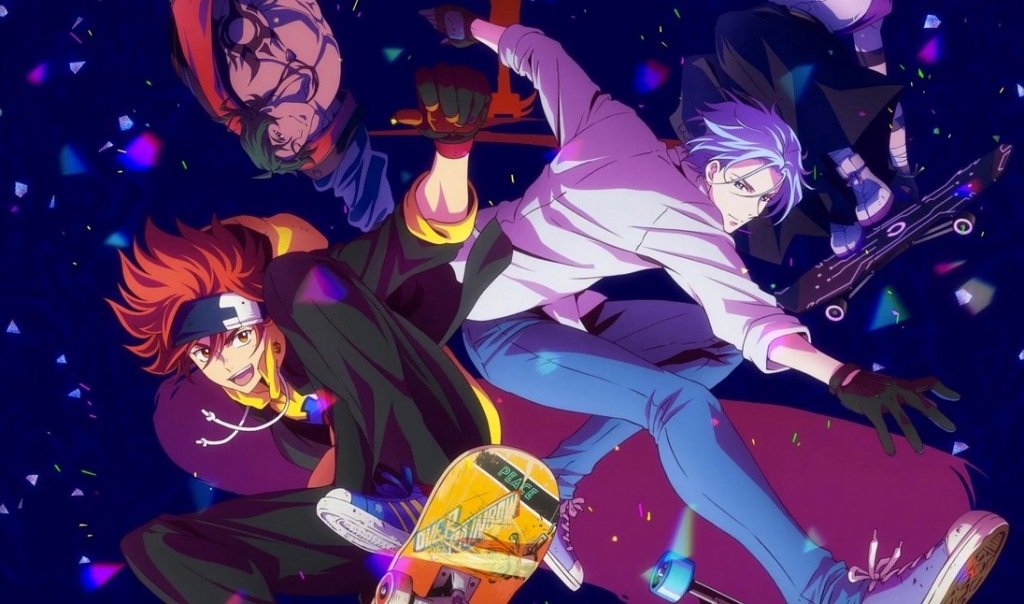 December, the month that reminds us of Christmas, sweaters, socks, holidays etc. The month that marks the beginning of the winter season in the entire northern hemisphere which means it’s already time to lock yourself in your room and wrap a blanket around you to comfortably binge watch shows. And since it’s holiday season, no work, no college, no school or anything to bother you as well hopefully. You know what what the month of December holds other than the auspicious occasion of Christmas? It’s a wide arsenal of animes for you to enjoy. Well 2021, has been a rollercoaster ride when it comes to anime we have seen a lot of anticipated anime to get released throughout the entire year that is Upcoming Anime In December 2021.

Not only new animes, but ongoing animes as well played a vital role into making 2021 somewhat a remarkable year in the history of anime. Some heartbreaking moments as we bid farewell to our favorite characters, some joyful moments where we got introduced to more characters in anime that we fell in love with, 2021 has been a blast of both joy and tears for the anime fans. Most of the people had a really good hunch of what turns will the world of anime take this year but it is safe to assume that nobody even in their wildest dreams even realised what big guns was 2021 was actually hiding under it’s sleeves. Some places unfortunately suffered through rapid rise in cases of Covid-19, which again forced back people to stay inside their home. However, amongst a lot of things, for some people anime came to rescue them from suffering through boredom.

As animators of different anime studios even under the servere conditions of this World Wide pandemic kept on doing their best and provide us with quality animes to watch throughout the entire year. This year also introduced a lot of long anticipated manga series into the world of anime such as Komi San can’t communicate. Upon it’s release anime fans were literally celebrating as they finally got the chance to see their favorite Komi San and Tadano Kun come to life in the anime adaptation of the manga. The legendary Attack On Titan, authored by none other than Hajime Isayama ended this year after running for more than a decade, which marked as an extremely emotional event for not only the world of anime but the entire pop culture as well. It’s been a long journey and fans can’t wait to see what the December month has under it’s sleeves for anime, for this might like a lot of other animes that is ongoing since / before or released earlier this year might set up the foundation of a greater arsenal of anime which we anime fans are hoping to see in the year of 2022.

Some fans are also waiting to hear announcement and news that might update or inform about upcoming animes, or new installments of old ones some which might be long awaited. And since it’s the cozy, cold and holiday season that the entire world awaits throughout the entire year, anime fans are more stoked to see what will happen in the month of December and from what we no know so far it sure won’t disappoint any of our expectations. Here are some of the Upcoming Anime In December 2021.

The plot of this anime follows the life and the fun filled, action packed adventure of Mempu, a young girl filled with deep aspirations of achieving greatness with an insatiable curiosity to discover the huge world that awaits her outside her home which is an underground colony apartment. We get to be part of a promising journey as Memphu along with her father who was reluctant to let Memphu get out there and discover the world outside but after a series of drastic events ends up on a path totally different from their different one. The plot set up seems solid, character looks passionate so anime fans are really stoked regarding what direction this anime will take. You can watch watch series on Crunchyroll and VRV.

A wholesome anime with a distinct and unique form of animation which tells the story of small prince named Bojji who can’t hear and talk. Pressurized by the duty of carrying forward the legacy his father left behind for him to carry, and to prove wrong those heartless people who ridiculed him, Bojji embarks on his path filled with bravery and valour to prove his worth. On his way his encounters an odd weird shadow like creature named Kage, who can understand the young and youthful Prince. Both of them form an unlikely friendship and anime fans are more than eager to see where this wholesome series is heading. Produced by Wit Studio, the same studio behind the early seasons of the world renowned anime series Attack on Titan and the series of Vinland Saga as well. The anime give off a studio Ghibli type vibe and fans are all in to see the brave journey of Bojji, the Young Prince. The series can be watched on Funimation.

Mushoku Tensei: Jobless Reincarnation is arguably one of the best reincarnation anime this year. Even among the wide ocean of isekai anime, Mushoku Tensei: Jobless Reincarnation successfully stands out thanks to it’s passionately written plot, intriguing characters and world set up. We get to follow a jobless man getting reincarnated in a different world as a newborn child with all the memories of his past life intact. We get to follow as how he interacts and adapts to this new world and adventures it has to offer. The man gets named as Reudyeus Greyratt who grows up in a loving family and learns a great deal about this world and adapts to his world simultaneously. The series looks promising and fans can’t wait to see more adventures the series has to provide. The series can be watched on Funimation.

Looking for something cute yet too close to reality, then this anime will sure provide what you are looking for. The anime series is based in  a world of anthropomorphic animals where we find they leading a life like humans in a regular human society. We get to follow the life of one named Retsuko as how she deals with different issues related to her work and relationships with others. If you are looking for something laid back and relaxing then this is something you must try out.

A long awaited anime series that is carrying a lot of anticipation and hopes around it as it is written by the same author behind the legendary anime series Death Note. Death Note fans are going insane after watching the newly released teaser as the beautifully animated series provides a short tour of what the viewers shall expect. The manga series was very well received and fans were eagerly waiting for an anime adaptation. We get to follow tte life of Mirai who is a student who was orphaned. The story kicks off when he tries to take his own life by committing suicide but at the last moment he gets rescued by an angel and gets bestowed by new powers as he gets informed that he is the new candidate of becoming the new God. Death Note fans know where this is heading.

JoJo’s Bizarre Adventure has always been a landmark of an anime series ever since it’s release. An anime that doesn’t remains bounded by the shackles of a single genre and goes out to provide different flavours. If you are a Jojo fan you know what to expect from JoJo’s Bizarre Adventure, a typical fair share of weird stuff that makes sense at the same time not making any sense. The series from it’s first part shows the adventure of different generations who carries the Joestar bloodline which started from JOnthan JOestar. JoJo’s Bizarre Adventure: Stone Ocean however is a bit more special than other parts because it is the first time we get to see a female, protagonist in the series. We get to follow Jolyne Cujoh, the daughter of Jotaro Kujo, the protagonist of part three of the series as she embarks on an another bizarre adventure.

If you by chance don’t live under a rock you have probably heard the name of the anime series Demon Slayer, one the greatest new gen anime. Not only anime fans but people who don’t even watch anime are now aware of the anime series. The flawless dazzling animation, the intriguing plot, detailed world set up, passionately written characters are some of the few points that make the anime stand out so much. Demon Slayer: Kimetsu no Yaiba Entertainment District Arc is the long awaited anime adaptation as it follows the events following the movie Demon Slayer: Kimetsu no Yaiba – The Movie: Mugen Train which broke multiple records in the history of film industry. Fans have been long awaited to see the story of Tanjiro and his sister Nezuko proceed in the anime series. It will be a real understatement to say that fans are extremely excited to see the long awaited manga arc getting an anime adaptation.

Well, these are the list of Upcoming Anime In December 2021 you should look out for.