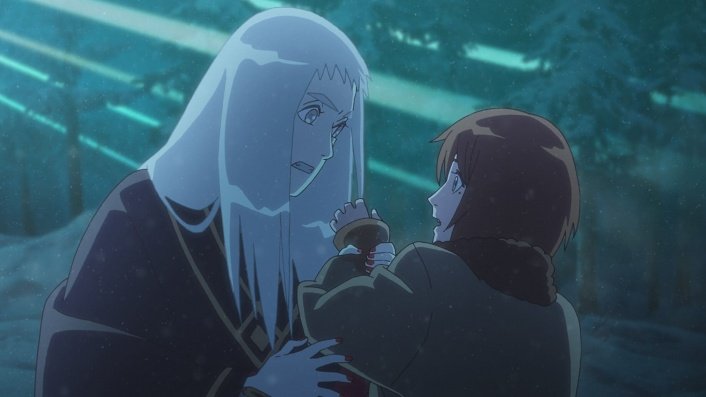 Wit Studio has created a lot of marvelous shows including Shingeki No Kyojin (Attack on Titan). It has the heart of every anime fan and now it’s going for something big again. Wit Studio is teaming up with the streaming king, Netflix, to deliver a mind-blowing anime – Vampire in the Garden. Netflix already has a wide variety of series with the same themes. It will be amusing to see what are they going to create with wit studio. The creators have told that this series will carry a new look and feel along with the plot that will impress the anime fans. The glimpse and announcements have ignited the curiosity of the fans and they are craving the release of Vampire in the Garden. From the starting the relationship between vampires and humans has mainly ended in bloodbath having few exceptions but what if they live together in peace? This is what this anime is going to revolve around. Though the announcement of this project was earlier neither the Netflix of wit studio has revealed any more details about it. As for season 2, they haven’t released even the source from which the anime has been picked so we can’t say anything about season 2 certainly.

Vampire in the Garden Season 2 Story

As we have got a glimpse of the story in its trailer, there is a bloody war going on between vampires and humans. We know the series is going to revolve around two girls- one vampire and the other a human who will share a bond and the world will try its best to resist them. They will be on a bloody path to resist the world and forge their way to Eden where both of them can live in harmony with no one to buzz them. For season 2, without sources from where this anime has been generated, we can only assume that the plot of the second season can move forward in two directions-either the continuation of the series or a fresh start with new characters and a brand-new plot.

Vampire in the Garden Season 2 Characters

Megumi Han, who is going to be the voice of Momo in the first season, and Yuu Kobayashi who has played fine in ‘Record of Ragnarok’, producer Tetsuya Nakatake, its director is Ryoutarou Makihara, having Tetsuya Nishio was the character designer for the anime. He contributed to making the anime characters. Each one of them has a fine share in making this anime possible including Yoshihiro Ike of Inuyashiki as the title composer. As for season 2, we have to dive deep and know whether the second season will be a continuation of a completely different plot depending on which the cast may remain the same with few changes or we may get to see a whole new cast respectively.

Where To Watch Vampire in the Garden Season 2?

As we all know the anime is announced by Netflix in collaboration with Wit studio it’s going to be released on Netflix. If nothing goes wrong, we will get to see its second season on Netflix as well. Until a new platform makes up a deal with Netflix to air the second season of Vampire in the Garden.

Vampire in the Garden Season 2 Trailer

Vampire in the Garden season 1 trailer was released on 28th March 2022. As per its second season, we don’t have any update about whether it’s going to release or not so, there isn’t any trailer for season 2 as of now.