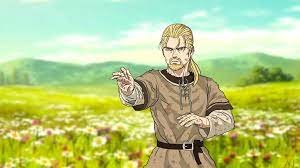 Vinland season 2 is back and confirmed. Since the end, of season 1, the fans have been deliberately waiting for the announcement of season 2 of the very popular Anime Vinland Saga. When will it be released? what all information’s are released? Is there any trailer?

You will find answers to every question down below in the full article. So, keep reading.

Vinland Saga is an anime series that went blockbuster on the charts and also became one of the most-watched anime of that time. The whole series is based on manga, which was written and illustrated in the Anime. The series is directed by Shuhei Yabuta. Yto Uemura, Shizuka Ishigami, Naoya Uchida, Hiroki Yasumoto, Kenichiro Matsuda, and Akio Tsuka provide the voices for the characters in this series. The first season of the anime was released in 2019 and since then, fans have been eagerly anticipating the second season’s release.

It is a Japanese historical manga series written and illustrated by Makoto Yukimura. The series was first serialized in the youth-targeted Weekly Shnen Magazine before being moved to the monthly manga magazine Monthly Afternoon, which is aimed towards young adult men. The series has a total of 25 volumes as of July 2021.

Will There Ever Be Vinland Saga Season 2?

According to the source, a tweet was written indicating the release date of Vinland Saga 2 in September 2020. In the tweet, a drawing of the show’s main characters was posted. Then the task of the audience was to figure out the incarnations that were on the Easter eggs that were painted in the corners of the drawings. The inscriptions which were translated by some of the audience came to be as ‘season two.’

The series character designer named Abiru Takahiko also tweeted about an update about Vinland Saga 2. Apart from the above tweet, the creators have yet to issue an official statement. Fans will have to wait for confirmation for a while longer.

Here are the links to the tweet, if you love puzzles then we are sure you will have fun solving it although we have mentioned the answer earlier.

Vinland Saga will be renewed for a second season on July 7, 2021, according to Wit Studio. Shuhei Yabuta verified it on his Twitter account. The team will be the same, as stated, but no information on production or release date has been provided. So, it’s safe to believe that the end of the year will bring us some pleasant news.

Shuhei Yabuta will return as director, with Takahiko Abiru as character designer. No further cast members have been revealed, but the crew will be basically the same as before, with a few small tweaks.

Because the anime is still under production, the release date has yet to be determined. As a result, we should expect an announcement around the end of 2021 or the beginning of 2022.

As we all know, the anime came to a close shortly after Askeladd’s death. We’ve only seen a few glances of strange characters in random places since then. As you may recall, Askeladd inquired about Thorfinn’s life’s purpose.

As a result, he never considered his ultimate mission in life. Thorfinn is sold into the slave trade in the manga following a time jump. He acts as a slave because he lacks a sense of purpose in life.

Thorfinn, on the other hand, encounters Einar during his time as a slave. Einar, like Thorfinn, was just another slave. However, Thorfinn receives a sense of purpose as a result of their meeting. They collaborate and strive for freedom from there.

So, all in all, season 2 will focus on Askeladd and Thorfinn. That’s all we know about this season. In the future, if there is any news on season 2, we will be the first one to tell you, till then enjoy its trailer.

Before that, if you haven’t watched season 1 of Vinland Saga then, we recommend you to do so because it is one of the best anime ever. The anime is available on Netflix.