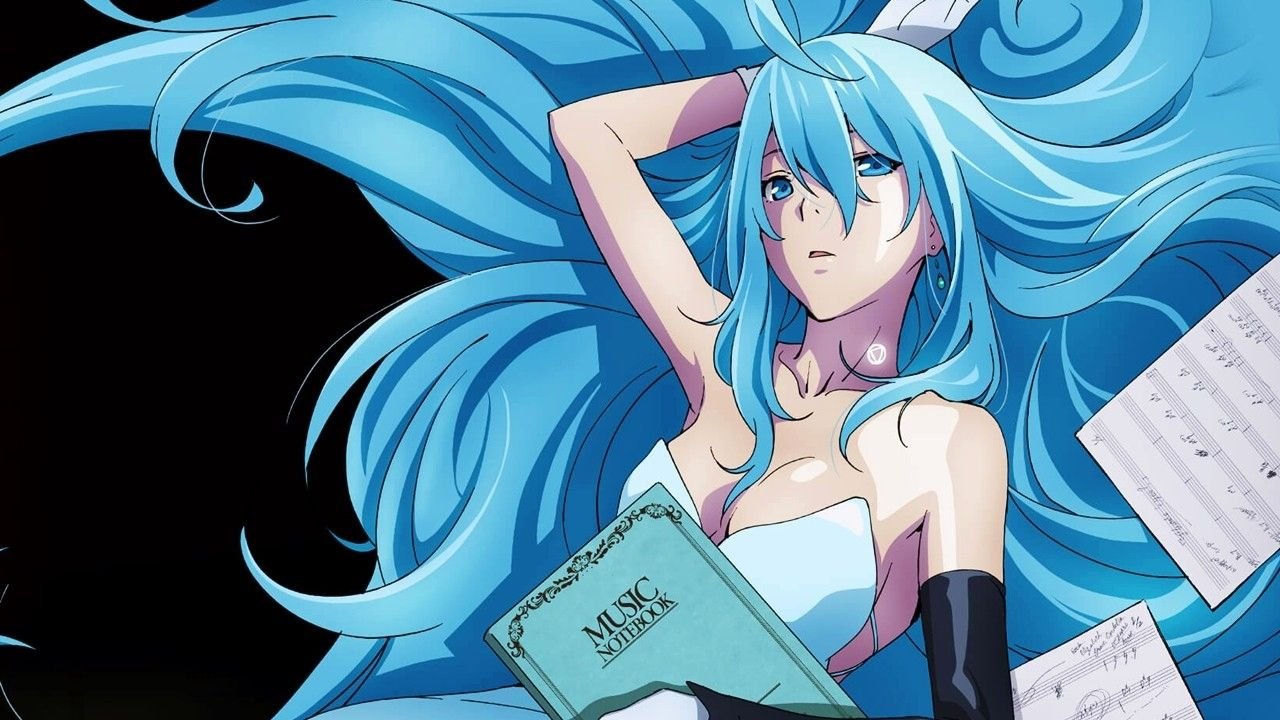 The tune of Vivy Fluorite Eye’s Song’s first season is lined with drama and elevated with fictional elements that come down from scientific knowledge. It is an original anime television series that is skillfully directed by the director called Shinpei Ezaki. It has been well put together and framed by Tappei Nagatsuki and Eiji Umehara. Wit Studio has helped launched this show along with the producers named Yuuma Takahashi and Hitoshi Itou. This anime took care of all the technologically advanced aspects and visual details with an excellent visual effect team. The character designs were done so well that the plot came even more alive with the visuals of the characters. Yūichi Takahashi is to be regarded for the terrifyingly good character designs. The show reached the audience in 2021 from April to June. The show has one season with thirteen episodes as of now that streamed on several networks like Tokyo MX, GYT, GTV, BS11, MBS, Me-Tele, HBC, RKB, and the English networks included Aniplus Asia. A manga and novel adaptation also followed the release of this anime.

The first season of the addictive song of Vivy Fluorite Eye premiered from April 3, 2021, to June 19, 2021, with a successful run of thirteen episodes at an interval of a week. The show gained notable popularity and a huge fan base that is still growing. It has also received many prestigious reviews and ratings. For example, IMDb rated the show 8.3 out of 10 while MyAnimeList rated 8.5 out of 10. But unfortunately, there has been no official confirmation by the makers, producers, director, or any part of the team about the return of the show. The fans are still in hopes to witness the continuation of this addictive show with a remarkably fresh concept.

Read More: In What Order Should You Watch Ghost in The Shell?

The plot of Vivy Fluorite Eye’s Song is minutely thought and an extremely fresh concept. It tells the story of humans exploring artificial intelligence in a way that serves the emotions of humans mostly. In this process, it was discovered that the beings of artificial intelligence work best when they have only one chore to function on. A diva AI was created to make everyone happy with her vocal singing skills but some futuristic program comes in its way. The story shows everyone working together to bring peace in the dystopian future.

The characters are differentiated and divided into beings that are mostly driven by Artificial Intelligence while the other major sector of characters include humans. Some of the Artificially Intelligent characters are Vivy, Matsumoto, Estella, Elizabeth, Grace, etc. Vivy has been given the role of a vocal diva where she has to show her singing skills. She decides to set her course as she chose to dissolve the issues between human and AI beings. She was voice acted by Voiced by: Atsumi Tanezaki in Japanese and Cristina Vee in English. Matsumoto was voiced by: Jun Fukuyama in Japanese and Max Mittelman in English. He assisted Vivy in diminishing and dissolving the issues between humans and the AI world. He was made by a human named Osamu Matsumoto who created this AI for the past to put friction against the upcoming war. Osamu was voiced by: Mikako Komatsu in Japanese and John Eric Bentley in English. Estella, the owner of the orbital space called Sunrise, was brought to life by  Yōko Hikasa in Japanese and Erika Harlacher in English. She was Vivy’s younger sister and Elizabeth’s twin sister. There are other humans in this plot who contributed to this story’s world. Those humans included Keita Hayashi, Voiced by: Eizō Tsuda, Momoka Kirishima, Yoichi Aikawa, Yugo Kakitana, etc.

The trailers and memorable scenes are available for everyone around the globe to watch at any time. The entire series is available on Funimation and other OTT platforms. One of the most accessible platforms where you can watch Vivy Fluorite Eye’s Song Season One is Netflix. Let us hope the second season of Vivy Fluorite Eye’s Song will also be available for us to watch very soon even though no official announcement about it has been made yet. Check out the latest updates on other anime or trending shows on our website.