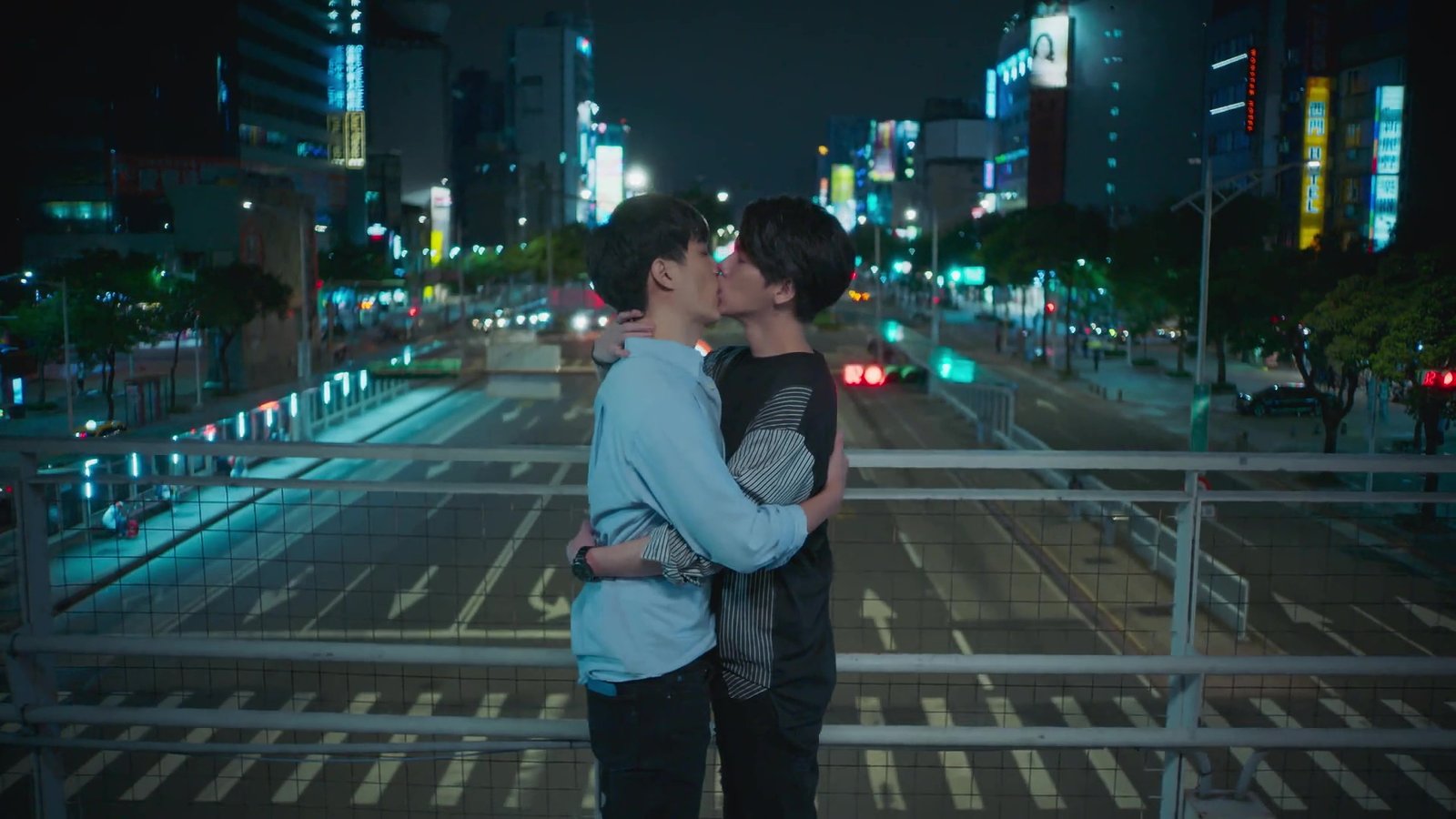 The transition from enemies to lovers is the most endearing thing to witness. Our hearts melt in unison with the characters as they slowly go through the motions and realize that what they considered dislike was actually affection masked with denial all along. And the rather passionate and overbearing confessions that follow leave us into a big ball of mush.

So be ready to be destroyed by intense dynamics between Zhou Shu Yi and Gao Shi De because the series we are bringing you today revolves around their ”enemies” facade that quickly turns into possessive friendship before blossoming into the kind of love that makes our stomach gallop with butterflies.

Released for the first time on 8 January 2021, We Best Love brought with it the promise of the most satisfying, thrilling, and intense frenemies-to-lover story. And boy, did they deliver on that promise again and again. This show became our obsession as we rushed through the story, unable to contain the excitement that the tension between the characters brought into play.

So, before our fancies run amuck, let’s talk all about the upcoming season’s release and the plot that might follow.

We are going to have to dim some of the excitement while we announce, most regrettably, that there has been no news so far on the release of the third season. While the cast did mention that it’s in the works, for now, that was a year ago and since then, we’ve heard zilch about the release.

So, we think it’s safe to assume that we won’t be getting the 3rd season before 2023.

When it comes to the enemies-to-lovers trope, not many stories handle and execute it well which, in turn, leaves the viewers disappointed. But not ‘We Best Love’! The series had the adoration and devotion of fans from the very beginning. So, let’s walk down the memory lane and get lost in the recollections from the past seasons before we move on to our expectations from the new one.

The story began as stories do, with the thrill and excitement of a new beginning. And while, as viewers, we were beyond happy about the setting and the first look at all the characters, Shu Yi did not share our enthusiasm. Overworked as he had been with his competition, Shi de, it worked how he was constantly scoring less than his competitor.

But little did he know that Shi De’s competition had nothing to do with any kind of malice or ill feeling towards him. It was quite the opposite. The love he felt for Shu Yi was just as intense as it was unrequited. Following his never-to-be lover around and gaining his friendship was his sole purpose behind antagonizing him with the competition he threw his way. After all, that was the only way to gain the moody guy’s attention.

Shu Yi’s selfless and adorable acts won us over to his side from the beginning. Not only because he was cute but also because, hello, writhing in emotional torture because you love someone who doesn’t love you back? We are sure most of us experienced that at some point in our teenage.

And while the dynamics of their (non) relationship gave us nostalgic flashbacks, the story marched on and on, getting more interesting with every passing minute. Between Shi De’s attempts to win Shu Yi’s friendship and the latter’s constant attempts to be on his guard where he was concerned, the plot quickened its pace just as it quickened our heartbeats.

And while Shi de offered the love of his life consolation while he recovered from his recent breakup, our hearts went out fr the pain Shu Yi must have felt, being in that situation. To watch someone you love love another isn’t an easy thing, we admit. But to see him heartbroken over his ex must have been soul-crushing. Yet, he stood by him, which is where their friendship took form and began flowering.

What ensued after that was a plethora of confusing emotions that ent through DShu Yi’s head as Shi De decided to work him up by pretending to go out with someone (who happened to be his cousin). This worked our arrogant boy over the edge and slowly but surely, he got to the point where he sealed his love confession with a kiss. Oh, tears of joy!

From students to professionals, a lot changed within the span of five years, which was the point when the second seaosn took place. And we saw new characters and old ones juggling life’s responsibilities while maintaining the romance. Which is what we expect to see continued in the third season as well. No doubt we will witness some more cute Yi and De moments while the loose ends tie up and the new plots unfurl.

Needless to say, we can expect Yu in the role of Shu Yi and Sam Lin to play the adorable Shi de in the third season as well. After all, what is ‘We Best Love without our original lovers and their chemistry?

Next up we expect Ray Chang to be there too, in the role of another one of our favorite characters Pei Shouyi.

As you probably know by now, there has been no news regarding the third season’s upcoming release, hence the unavailability of the trailer. But, for the ones who haven’t watched the series yet, you can find the first season’s trailer on YouTube.

Where to Watch We Best Love Season 3 Online?

This is our favorite part, getting all of you addicted to the series, and then we can gush about it together! But for that, first, roll over to Dailymotion and finished falling in love with this gorgeous series.