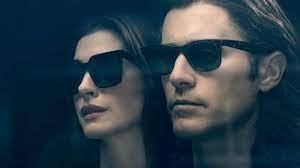 Based on the popular podcast, WeCrashed: The Rise and Fall of WeWork by Wondery, WeCrashed is an American Drama. This television miniseries is premiered on Apple TV+, starting on the 18th of May, 2022. This miniseries was created by Drew Crevello and Lee Eisenberg and is filled with the powerful presence of stars Jared Leto as Adam Neumann, Anne Hathaway as Rebekah Neumann, and Kyle Marvin as Miguel McKelvey. This is cumulatively directed by John Requa and Glenn Ficarra for episodes 1, 2, and 3, Cory Finley for episodes 4,5, Tinge Krishnan for episodes 6,7, and Shari Springer Berman and Robert Pulcini for episode 8. With an IMDB rating of 7.3/10 and 65% rotten tomatoes, the miniseries has been able to garner wide and varied reviews.

After observing the number of positive reviews and appreciation the modern love story has been able to garner, there has been constant speculation about the need for a season 2 of the miniseries. The duo, Anne Hathaway and Jared Leto have convinced the fans with their powerful and gripping performances, thus, the fan’s thoughts wander towards the existence of a season 2. However, much to the disappointment of the fans, there is no official announcement of this miniseries returning with a season 2. Neither the creators nor the network has shown any positive or negative jurisdiction upon the future of season two. However, the introduction as a miniseries says a lot as miniseries are normally the ones that do not return with a new season. Well, we will have to wait and watch if WeCrashed makes an exception to that fact.

As we have already mentioned, WeCrashed is an adaptation of the popular podcast by Wondery which is about the rise and fall of a start-up called WeWork. A story showing the parallel effect a love story has on the growth of a valuable startup is the core plot. The story is about WeWork, a valuable start-up that grew from a small venture of co-working space into a global giant in a matter of a decade. Its evolutionary rise and fall were credited to the chaotic love of its founders Adam and Rebekah Neumann. Well to give you a bit of a spoiler, this story started with a young entrepreneur Adam Neumann who was finding his interest in the field of business when he met Rebekah. The lady who inspired and motivated Adam to start a company. Unrequited love, affection and whirl winding romance between them led them to tie the knots. This was all going simultaneously along with the expansion of WeWork. Like every rise has a brutal fall, Adam’s rise made a drastic fall in his relationship with Rebekah, who at times found herself side-lined, thus finding new people and friendships to focus upon. How their relationship led towards the extremities is what the miniseries is about.

The three main casts of this wonderful series are Jared Leto, Anne Hathaway and Kyle Marvin.

Despite the severe reviews faced by Leto after his performance in Morbius and the house of Gucci, Jared Leto return with another gripping, promising and beautiful performance in the miniseries. His conviction towards his role was one reason why fans kept expecting the miniseries to have a season 2.

Playing a villainous character, where she constantly had to try perfect her toxic niceness, Anne Hathaway as Rebekah has nailed the character from top to bottom. With clashing desires of reaching the epitome of success for herself rather than just being side-lined as the influencer and motivator of Adam Neumann, Hathaway did an exceptionally good job with her role play.

Someone who plays the character who helps the company WeWork on track, his role and character are rather side-lined for real. He would still be known for his dedication to finding WeWork and his work.

Sadly, with no announcement being done by either the network or the creators, there is no confirmation or trailer about season 2 of this series. We know that the fans were eagerly waiting for the season 2 update. But to the dismay of every such fan, we ensure, that if there is any update, we would the first ones to let you know.

Where to Watch WeCrashed Season 1?

Season 1 of WeCrashed is an original creation by Apple TV+ and is being streamed. Season 1 has 8 episodes to its credit and all of them can be watched on Apple TV+.