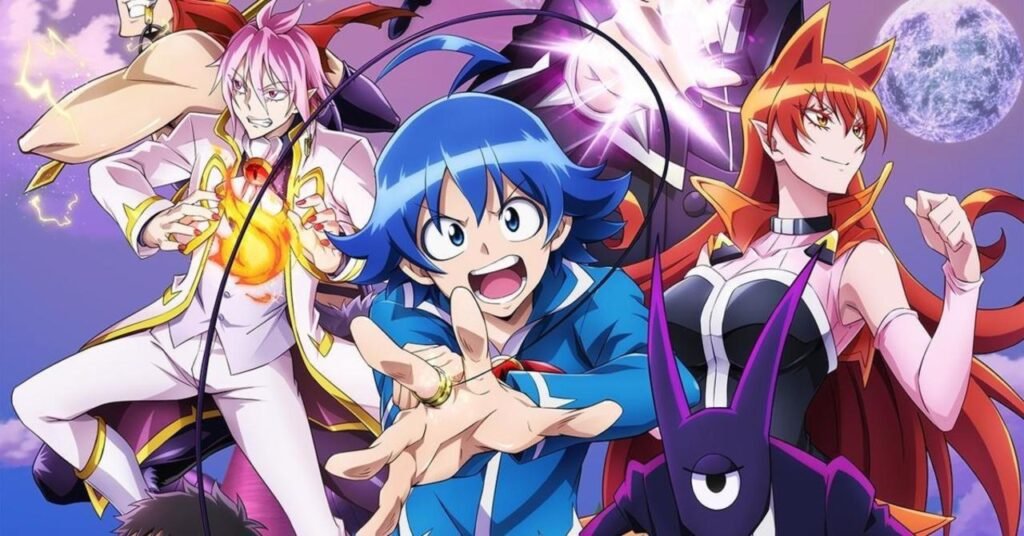 Have you ever felt dejected and disappointed with your life? Like nothing ever goes right for you? That your life is a mess and your luck is down the drain? Well, don’t you worry, because the anime we are going to talk about today will soon have you thanking your life and circumstances, as compared to the protagonist of ‘Welcome to Demon School! Iruma-Kun.’ It follows the story of a fourteen-year-old teen, Iruma Suzuki, who is constantly thrown into weird circumstances!

It’s a widely popular anime with a large fanbase that is as impatient as it is inquisitive about the third season of its favorite show. Suzuki’s return to Demon School, along with the usual shenanigans, is highly anticipated. Iruma Suzuki’s unusual life experiences constantly lead him into weird circumstances and the anime lets you join him on his trips down the rabbit hole. So today we’ll talk about its release and the possible turns the plot might take.

The first season of Welcome to Demon School! Irum-Kun was released on 5th October 2019, and it captured the hearts of anime lovers almost instantly, paving the way for constant excitement about the subsequent seasons. Iruma’s Demon School experiences seem to agree with the audience so it’s no wonder that we are here dedicating a whole post to discussing the life and times of our favorite not-so-demon boy.

The fourth season of this fantasy comedy series is not announced to be renewed or canceled. Thus, it is unclear whether the creators will be picking up the show for another installment or not. For now, since the release of season 3 took place recently in October 2022, expecting a new season is way too early. We should at least wait for the series to receive some ratings and reviews that can at least hint toward the future of the Welcome To Demon School! Iruma-Kun. However, we can expect Welcome To Demon School! Iruma-Kun’s Season 4 release date lies sometime in 2023.

Now, before we go crazy with our giddiness for the most recent plot twists in the brand new season of the anime, let’s first re-acquaint ourselves with what happened in the previous two seasons.
The first season of Iruma-Kun introduced us to Iruma Suzuki, the protagonist of the anime. He is a normal fourteen-year-old teenager with rather sad living conditions who had been dealt an unfair hand by fate. At an age when most kids enjoy their lives, play around, discover new hobbies, and interests, Iruma was busy earning a livelihood for his family. His parents were selfish and cruel and poor Iruma never knew a moment of happiness or motherly love from them. And the final sword dropped when they sold their kid to a demon just for their own sake. Imagine having parents who could possess the heart to sell their only son to a demon. That’s sad for an Olympic degree!

But it turned out that the demon, Sullivan, who bought him, did not want to harm Iruma in any way. What he desired was companionship in the form of a grandson. This development came as quite a shock, believe us! In a way, Sullivan – a demon – turned out to be much more kind-hearted than our protagonist’s real parents. Well, after that, Suzuki was admitted to a demon school that’s under his new grandfather’s domain and the rest of the season played around with that plot.

The second season then saw Iruma finally accepting his life alongside demons, co-existing peacefully. But things cannot remain neutral for long around Iruma Suzuki, after all. And that is proved yet again when, due to some disturbances in school, he is forced into the strict student council alongside his friend Amelie. A mist of confusion and uncertain situations envelops our teenage protagonist as he navigates the strange and rocky circumstances in his school. The final episode of this season ended on a mysterious note that led fans to go crazy with speculation about what lies in store for Iruma Suzuki!

Whew, what a ride, wasn’t it? But wait, because there’s still a lot more in store for you. Season 3, Episode 1 of Welcome to Demon School! Iruma-Kun, still set on keeping his human identity hidden, returns to school with high hopes in his heart. But following the news of his past adventures, as shown in Season 2, our favorite character has gained quite a lot of popularity and respect from his fellow students. All this buzz around him takes him by surprise as he sets out to find answers to all the questions raised in the last seasons. Will he be able to survive the jungle that is his classroom? Well, that’s what season 3 is all about!

The story could pick up from where season 3 will leave its impact. We cannot have any official synopsis until the renewal for the series is confirmed.

The anime began with giving us the adorable and innocent Iruma Suzuki and we fell in love with him instantly. The 14-year-old human boy’s determination and sense of responsibility won us over right from the first episode itself. Then we have the devilish Ms. and Mr. Iruma who got such hatred from the fans because of their treatment of our lovely protagonist.

Another important character in the anime is Amelie Aazel who is as feisty in her dealings and Iruma is silent. But both of them are really good friends and their bond is such a joy to witness. Among the rest of the supporting characters are Karoli Crocell, Clara Valec, and Amelie Azazel who is Iruma’s feisty best friend.

With such delightful characters holding the helm of the series from the previous season, who can doubt that these characters can return for season 4?

You all can catch up on the previous trailers or teasers that are available online as this expected season is not having any promo, trailer, or teaser available for now.

Where to watch Welcome to Demon School! Iruma-Kun online?

You are in luck, our fellow anime lovers, because Welcome to Demon School! Iruma-Kun is now available to stream on Crunchyroll. But it’s not available in every country so check that before you begin. Also, you can watch the first season on Netflix as well. So what are you waiting for? Head over there and lose yourself in the Demon World and all the adventures that await your favorite, Iruma Suzuki.

2 thoughts on “Welcome To Demon School! Iruma-Kun Season 4 Release Date Is Not Revealed!”