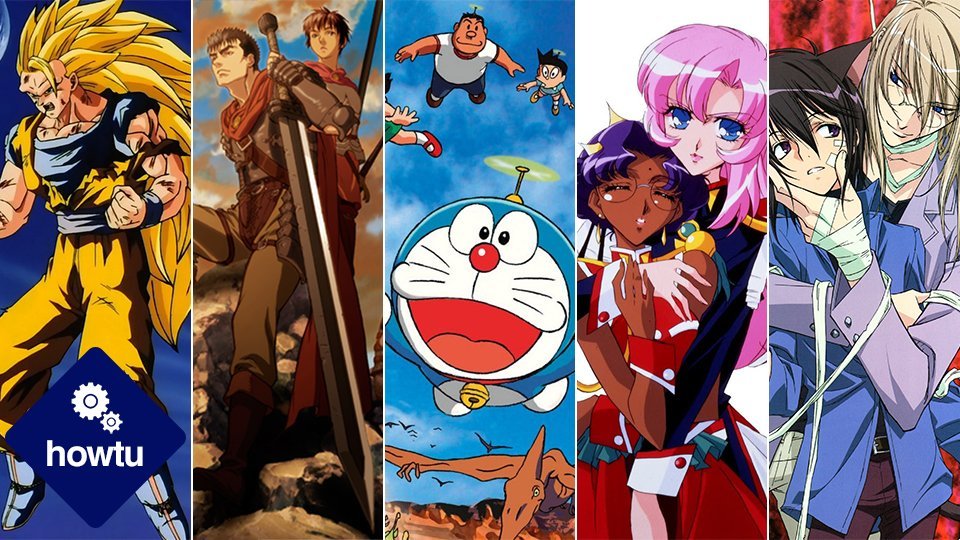 It’s 2021, and if you are not living under a rock or a cave or something you are probably aware of the term “Anime”. What is anime? Anime is a completely different form of animation media distinct from the western animation media, originated in Japan, and stands as a landmark in the vast field of pop culture. From kids to adults, regardless of gender, regardless of taste, regardless of preferences, anime holds something for each one. From jaw-dropping action to heart-melting romance, from blood-pumping adventure to calm and a composed slice of life, from bone, shivering gore and serious element to heartwarming and wholesome element from tragedy to comedy, anime is the only form of media that provides this much variety for its audience. Wanna watch something romantic? Hundreds of anime out there with a distinct plot, different stories filled with interesting characters, some good and some bad. Not a fan of cheesy stuff? Don’t worry anime has got you covered! Murder mystery, bone-crushing action, intriguing thrillers filled with jaw-dropping plot and twists enough to make anyone remain glued to screen. Or perhaps you are looking for something laid back, something calm and more down to Earth or you might be feeling a bit naughty, wanna see something erotic! Well then look no further you can get everything you are looking for in the vast ocean of anime.

But even though the world of anime seems all wonderful and glorious it also has its backslashes. Not all anime is worthy of praise, most even lack the bare minimum of requirements to get praised whether it’s for poor animation, poor storytelling, and narrative, repetitive plot set up or bland characters, etc. Some animes out there are unfit for public consumption and are even banned in some countries whether for their disturbing content or questionable sexual content which might be offensive or bothersome to a wide range of audiences in many ways. The community surrounding anime and its related things is an enormous one where all sorts of people are involved majorly healthy and supportive yet some toxic and supporting unhealthy way of life. Since the arsenal of anime consists of a long range of genres, they are divided into various parts based on their targeted demographic of different age groups and gender they are produced for. However it should be kept in mind that one is free to watch any type of anime as they want regardless of their age group or gender, the division is mainly for avoiding confusion and being more precise regarding an anime’s targeted audience.

The most popular type of anime. The term shonen means ‘for boys’ and as its name suggests the anime’s targeted audience is the young male demographic. Shonen anime is mainly for young boys and consists of action, adventure anime with little to no mature content. Legendary animes like One Piece, Dragon Balls series, Naruto series, Bleach recent ones like My Hero Academia, Boruto, Black Clover all fall under this category. This type of anime mainly follows a pretty similar kind of plot where the protagonist pursues his/ her dream and the viewers get to follow him on his entire journey which includes different flavors of action, romance, twists, sadness, happiness, etc.

The term shojo translates to “for girls” in English and as it is evident from the name, the animes falling under this category is mainly targeted at the young female demographic. These kinds of anime have many compromises of romance, drama, coming of age themes with more or less a wholesome take. Popular anime like Maid Sama, Fruits Basket, Ao Haru Ride, etc. fall under this category. These kinds of anime mainly revolve around the main couple and the chemistry between them with occasional focus on side couples if there is any. Most of the shojo anime series are wholesome with rarely a tragic ending.

Seinen anime is the type of anime strictly produced with the matured male demographic in mind. Unlike shonen, seinen anime are the animes that deal with mature content such as drugs, gangs, murder mysteries, thrillers, horror, gore, even psychologically disturbing and sexual stuff which is extremely inappropriate for the young audience. It often contains complications and intellectual stuff that might be too difficult for a young audience to contemplate. Fantasy or not seinen holds nothing back and shows the more realistic and brutal side. Widely acclaimed series such as Black Lagoon, Cowboy Bebop, Psycho-Pass, Akira, Monster, Hellsing Franchise, etc. belongs under this category.

Josei anime are types of anime that are produced with the mature female demographic in the mind. These kinds of anime consist of more complicated and perplexing drama and romantic stuff which can hard for the young audience to contemplate. Unlike shoujo, josei has a more realistic approach towards romance and drama often dealing with intense dark subjects, erotic things, and realistic problems or issues that surround adults in the real world. However it doesn’t need to have too dark and all, a large number of josei anime is heartwarming and wholesome yet the degree of perplexity that surrounds the characters involved might be too hard or mature to contemplate for the young audience. Popular animes like Usagi Drop, Wotakoi, Chihayafuru, Nodame Cantabile, Winter Sonata fall under this category.

Now, this is the category of anime almost everyone has come across once in their life. Kodomomukhe consists of anime that is mainly targeted at children. Simplicity and innocence are the main attributes of animes under this category with little to no violence and easy to contemplate. Creative, imaginative, cute at times, bearing a moral message most of the time influencing kids to walk the correct path in life are some of the features of the anime found under this category. Legendary anime series such as Pokémon, Digimon series, Hamtaro, Doremon, etc. fall under this category.