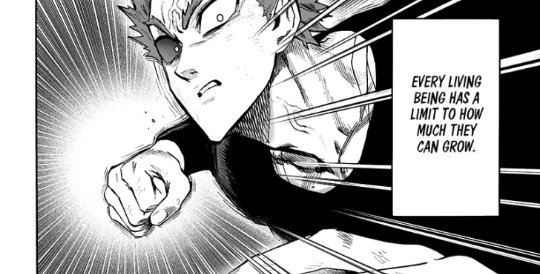 Before getting directly to the main topic, let me give a short introduction about who is Saitama to those who are reading this name for the first time. If you are an anime fan and already know who is Saitama and One-Punch Man, then you can skip to your question of interest.

Earlier, Saitama got robbed when he was a student, making him desire to become a hero someday. Ten years later, he got a chance to perform a heroic task and save a child from a powerful supervillain Crablante. After this incident, he decided to work hard and become a hero for real.

This much introduction is enough about Saitama and One-Punch Man to come to the main topic. So, let us discuss the power of Saitama and the secret behind it.

What is the Secret behind Saitama’s Power?

If you ask about the secret behind the power of Saitama, then we have a clear answer for you. Saitama himself revealed it by saying that 100 push-ups, 100 sit-ups, 100 squats, and a 10km run every day!

Saitama has worked hard on his physique. Through the rigorous practice of working out, he broke the limiter. It took him three years to follow the hero regimen to achieve what he achieved. During the three years of training, Saitama never took a single break in his training. He also fought with the monsters who interfered during his training period.

With the daily practice, he also maintained a proper diet plan. He has three meals daily. With his physical training, he also worked on strengthening his mind. For this, he stopped using A/C in summer and heater in winter.

Although all this sounds easy and simple, it was not the case. Making anything a part of your routine is hard. Saitama faced this difficulty with a lot of challenges. Saitama suffered from body aches, puking blood to almost dying.

After training continuously for one and a half years, Saitama lost all his messy black hair and got bald, achieving super strong enough to motivate himself to continue the training process. Saitama finally became a hero with a continuous hero regimen for three years.

It is impossible to break the limiter with physical and mental training for anyone, but Saitama managed to do the impossible. Saitama broke the limiter. You must be wondering about this limiter that Saitama broke and others could not? The limiter is the natural growth limit of every individual regarding their physique, strength, and intellect. Saitama achieved to break free of this limit and become invincible.

Like any other superhero, the powers of Saitama made him superhuman. His hero training has improved his strength, durability, flexibility, speed, agility, dexterity, athleticism, and physiology.

Due to his immense strength, Saitama can destroy powerful enemies with only one punch. Although his physical strength is not limited to punching, the other moves remain unknown. Saitama uses a small percentage of his physical strength to defeat his enemies as he lacks an equal opponent throughout the series. He possesses a multi-planetary level of destruction which is yet to explore in the series.

Saitama takes inhuman leaps with his long legs. Saitama takes long-distance leaps at a faster speed multiple times. E.g. Saitama leaps from over the moon to land back on the Earth. Saitama can also jump in the air. The destructive punches of Saitama have the power to give shockwaves to his enemies.

The evolved senses of Saitama make him more powerful by giving him a much better five of the human senses. Luckily, Saitama also got a sixth sense to dodge any attack from his enemies faster than light with maximum ease.

Saitama cannot stretch, but he is flexible. He can pass through narrow places and easily fight in his battles with his flexible fighting moves. Saitama knows great acrobats and agile actions. The superhero Saitama has an athletic physique. Saitama contains unusual dexterity, showcased by him in the series during the Hero Association exam.

Saitama possesses super fast speed. When Saitama runs, he leaves behind his afterimages which help him deceive his enemies in the battle. By running at his superspeed, Saitama can create impressive clones of himself.

Saitama possesses superhuman stamina. He is rarely shown in the series feeling out of breath. In some instances, Saitama is panting when he faces real challenges.

With his rigorous training, Saitama can resist any level of pain. He has immuned his physique and psyche from most attacks. Saitama has inhuman lung capacity allowing him to hold his breath longer. By not using A/C in summer and heater in winter, Saitama immuned himself to all the temperatures.

Although Saitama suffered the insufferable pain in his hero training regimen, he never gave up, proving his unshakable willpower.

MUST READ| 20 Best Western Anime That You Cannot Miss

In the Normal Series, Saitama uses consecutive punches to defeat his enemy. Sometimes he uses only his right hand, while sometimes, he uses both hands consecutively.

In the Serious Table Flip technique, Saitama flips a lot of landmass thousands of meters high in the air by digging his fingers into the ground. Lastly, there is the Serious Headbutt technique. Saitama defeats his enemy with a headbutt.

The skills possessed by Saitama are not supernatural but superhuman. Let us discuss some of the skills of Saitama, as the series did not explore all yet.

Saitama does not require weapons to fight; he has mastered hand-to-hand combats. Although Saitama has not received any formal training, he uses improvised fighting techniques to defeat his enemies. Saitama is not a skilled martial artist, but he sometimes uses karate chops while fighting.

Saitama is an adaptive fighter. Although he relies on his raw power to defeat opponents, sometimes he uses strategies showcased multiple times, e.g. when Saitama defeated his first opponent while not having any powers.

Saitama has changed the mindsets and lives of others through his motivational words. Not only his disciple Genos got influenced by Saitama, but also other people like Suiryu and Glasses.

Saitama has intimidated many of his enemies. His strength is enough to induce fear in someone, but sometimes this fear is noticeable to the audience. He did not just intimidate his enemies but also his disciple Genos.

Thanks to his superhuman senses, Saitama has exceptional tracking skills. He displayed this skill while catching the Ground Dragon monster.

MUST READ| 25 Most Famous K-Pop Group Of All Time

One-Punch Man is a Japanese manga series written by the manga artist ONE. It later got adapted into an anime series directed by Shingo Natsume and Chikara Sakurai.

The series focuses mainly on the superhero character Saitama and his disciple Genos. Saitama and Genos join Hero Association and fight against monsters. No one in the world can win against Saitama. The superhero Saitama can defeat any opponent with his immense strength. He often gets bored due to the lack of equal competition and keeps on looking for new opponents.

In this series, Saitama faces several monsters and supervillains. Some of these enemies of Saitama include Speed-o-Sound Sonic, Boros, Garou, and Dr. Genus. Saitama also has some friends in the series. These include Genos, License-less Rider, Fubuki, King, Bang, and Suiryu, while Sweet Mask and Tatsumaki are neither friends nor enemies.

Where To Watch One-Punch Man?

The Japanese manga series got self-published for the first time in 2009. On 14 June 2012, the remake of the Japanese manga series written by ONE and illustrated by Yusuke Murata got published by Shueisha. It consists of 25 volumes. The anime series One-Punch Man had its run from 5 October 2015 to 2 July 2019. It consists of three seasons. With 24 minutes of each episode, the anime series is an action-packed entertainer.

MUST READ| Can Berserk Go on Without Kentaro Miura?