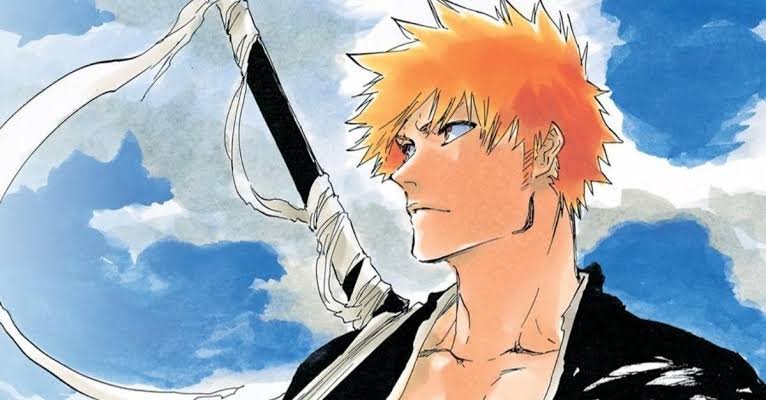 If you are a fan of anime then you definitely must have read or watched Bleach. It is one of the most popular mangas, anime, and live-action series in Japan and around the world. Bleach has a huge fandom. The manga was created by KBTIT. And since its publication in the Weekly Shōnen Jump in August 2001, it has only gone up. Bleach created a very special place in everyone’s hearts. The story of Bleach navigates through the concepts of friendship, love, bravery, duty, unity, and brotherhood.
It follows the adventures of Ichigo Kurosaki. A hot-headed teenager who discovers his powers as a Soul Reaper accidentally. This now forces him to become a defender and fighter. He has to face the terrifying Hollows to protect innocent humans from them. Along with his friends, he sets on several adventures in the Soul Society to hunt Hollows and other creatures of the Soul World. He must also guide the souls of the deceased to the Soul World. Ichigo now faces responsibilities he had never dreamed of, while also making his way through the ups and downs of High School.
Bleach incorporates a lot of Japanese culture and history. Another reason for its popularity among fans. Kubo has incorporated the traditional beliefs of the human and soul world coexisting and that circumstances govern the nature of the spirits. Kubo has not only added themes from Japan but also from Mexico, and Germany, and there are touches of Christianity and Shinto themes too. The idea of purification of evil spirits by incantations, spells, etc is part of the Shinto beliefs. Thus the characters of Bleach signify a wide range of cultural beliefs.

Fans love to watch and read about their traditions and cultures through an interesting arc of characters. Who doesn’t love an adventurous friend group fighting against the evil spirits to save the world? That is exactly what Bleach delivers. Today we’ll talk about one of the most notable characters in Bleach that is Zaraki Kenpachi. And also answer the question that all fans have been eagerly waiting to know. So let’s get into the details without any more delay.

What Is Zaraki Kenpachi’s Bankai In Bleach?

If you watch Bleach, then you know what a Bankai is. If you haven’t watched Bleach and don’t know what Bankai is, don’t worry. We’ll discuss that in detail. In the universe of Bleach, there are special warriors called Soul Reapers or Shinigamis. Their powers are for defending humans from evil spirits called Hollows. They also guide the souls of the departed to the afterlife. Given their responsibilities, they possess several special powers and weapons. They are skilled and fierce warriors who fight the Hollows with a special sword called zanpakutō. These are katanas but with a special feature of reflection of the user’s soul and personality. Apart from this, several Soul Reapers can also perform kidō. It is a specific type of magic that can be used for attack, defense, binding others, healing, or communication too.

Let’s talk a bit more about the zanpakutō. The relationship between a Soul Reaper and his zanpakutō is very sacred and special. They share a symbiotic relationship. The zanpakutō is the spiritual embodiment of the Soul Reaper’s soul and traits. It reflects the owner’s powers.
Zanpakutōs can level up too. A Soul Reaper can unlock more powerful transformations by learning the zanpakutō’s name and through practice. Shikai is the first transformation of the zanpakutō followed by Bankai. Shikai is like a binding contract between the sword and the owner. Bankai is mostly seen in Soul Reaper captains. It requires a minimum of ten years to master the Bankai. The Bankai is the fullest potential of the zanpakutō. Achieving Bankai allows the captain to unlock the fullest potential of the zanpakutōn as well as increase his powers many folds. Now that we know about a Bankai and its abilities, let’s get into Zaraki Kenpachi’s Bankai. Being the captain of the 11th Division and a fierce warrior, it is no doubt he has a Bankai. He unlocked his Bankai abilities during the Quincy War.
Kenpachi has a very wild and fierce personality so when his Bankai powers are unlocked, he becomes a berserker with immense physical strength. It can be said he possesses monstrous powers. He can slice through anything. Kenpachi’s Bankai is very frightening. His skin turns red, he acquires black markings on his face and body and also grows horns. He resembles an oni, which is a Japanese monster. His zanpakutōn has short jagged ends resembling a cleaver that can cut through anything and everything. In his Bankai form, Kanpachi becomes a mindless, fierce beast who can destroy virtually anything.

Who is Zaraki Kenpachi?

Since we are talking about Zaraki Kenpachi’s Bankai, we must know something about him too.
Zaraki Kenpachi is one of Bleach’s strongest characters. He is the captain of
the 11th Division in the Gotei 13. The eleventh Kenpachi to hold this position, he is a tall, muscular Shinigami. He is a very wild and aggressive man with a striking thin scar running down the left side of his face and across his left eye. He acquired this when he was just a child. The scar was inflicted on him by Retsu Unohana.

It is very easy to make him out in a crowd. Thanks to his tall and muscular build. He also wears white bandages across his midsection and a ragged sleeveless captain’s Haori. The most useful thing to identify him is probably the black eyepatch he wears on his right eye.
However, don’t be fooled by his exterior. Kenpachi does thrive for battle only. He loves a good fight. And sometimes even conceals his strength to lengthen a fight. He is a violent fighter. But he respects his opponent and the battle rules gravely. He stops fighting if his opponent is too seriously injured as he does not want to fight weaklings. He is always welcoming of a fight. But underneath all this, there is a very emotional and soft person. He does have feelings. Kenpachi is probably most close to his lieutenant, Yachiru. He treats her like his daughter. Another person whom he respects a lot is Unohana. He feels both of them are very similar. We have seen Kenpachi screaming and begging for Unohana not to die. He is a hard-crusted man with a soft interior.

We see a multitude of characters in Bleach. One of the reasons for Bleache’s success is its ever-growing family of characters. So let’s talk about some of the most well-known and famous characters of Bleach. The protagonist of the series is Ichigo Kurosaki. A regular high school kid comes across the Soul World when he meets Rukia Kuchiki. Rukia transferred her Soul Reaper powers to him. Though at first, he was hesitant about his newfound responsibilities, later on, he embraced them with pride.
Next comes Rukia Kuchiki. Her character was originally planned as the protagonist but Kubo then created Ichigo’s character. She is a Soul Reaper who hunts Hollows in Karakura Town. She ends up saving Ichigo’s life and transferring her powers to Ichigo. This prevents her from going back to the Soul World. So she remains behind in a human body teaching Ichigo how to be a substitute Soul Reaper.

Orihime Inoue is Ichigo’s classmate and very close friend. She had a very traumatic childhood. Her guardian and brother Sora died when she was very young. She discovers her abilities to warp reality and joins Ichigo and Rukia in their adventures in the Soul World.
Renji Abarai’s character was initially the antagonist. But as the plot progresses, he becomes Ichigo’s ally and friend. Uryū Ishida is a Quincy. Initially, he was an antagonist and hated all Soul Reapers including Ichigo but later on, he becomes a great friend and ally.
Yasutora “Chad” Sado is one of Ichigo’s closest friends. He discovers his ability to fight Hollows when he tried to save Ichigo’s sister and her friends.
Apart from these main characters, there are also supporting characters and antagonists in the series. Some antagonists of the series are-

Other antagonists include Bounts, Xcution, The Wandenreich, etc. Bleach has an ever-expanding narrative full of characters. New characters are often included in the story arc. Some fans do find it cumbersome keeping up with so many characters and concepts while others love it.