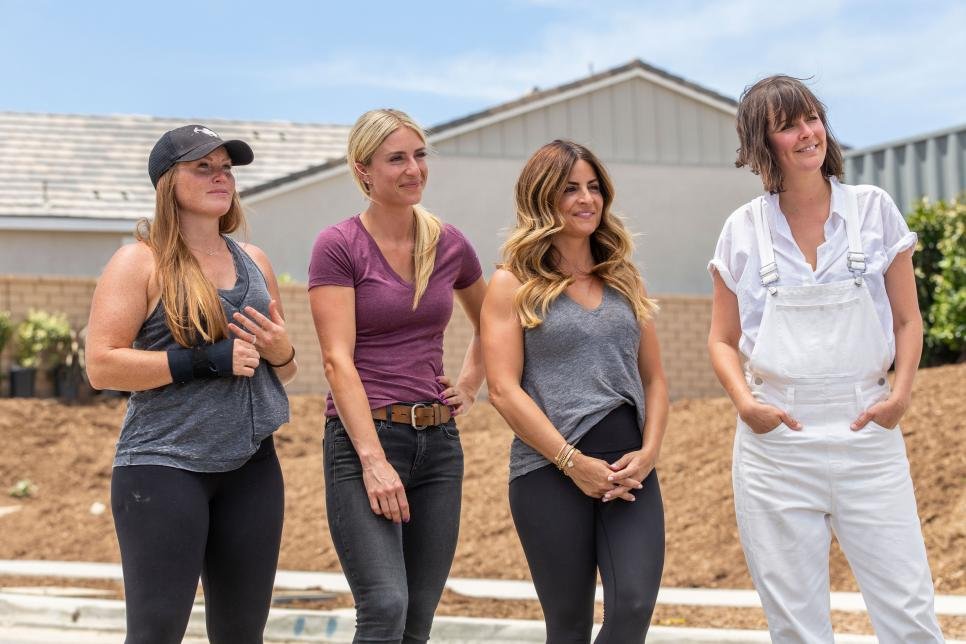 Rock The Block is a very artistic and innovative reality show. In this show, some of the most creative renovators are given the task to revamp old properties, and that too on a set budget. The contestants face each other to build the most attractive house. They are tasked to renovate different areas of the house and in every next episode, they move on to the other section. As for the winning prize, all the houses are evaluated by a group of judges and then the one with the highest market value is announced as the winner. They not only take away the winning cash money but also get a street named after them. At last, the winning house along with all the other houses is put on sale. This show shows the importance of home renovation and what it does to your house’s market value.

Though there are many shows which show remodeling HGTV’s Rock The Block has been the people’s favorite since its launch in 2019. Since ‘Rock The Block’ has been calling the most famous renovators to participate its fan base has grown exponentially with everyone now eagerly waiting for season 4 to come out. When will season 4 come out? let’s find out.

After the End of season 3 on April 4, 2022, the all-time favorite revamping series is all set to come back for an extremely competitive season 4. The fourth season of this series will have an hour-long 6 episodes and it is set to air in March 2023. It will definitely be hosted by the people’s favorite stalwart Ty Pennington. This time there will be bigger houses and a bigger budget will make season 4 the most interesting one to date.

As all the seasons have taken place in different parts of America there is a high chance that this season will also take us to an entirely new destination. Though the theme is yet not disclosed. It is safe to assume that there will be something different again like the group battle in season 3. We know for a fact that there will be massive houses and with a budget of $250,000 it’s going to be one hell of a show.

The host for the 4th season will be non-other than Ty Pennington, since he did a marvelous job in the 2nd and the 3rd season it is not surprising that he was the first one invited for the 4th season. As for the participants, there will be 4 renowned renovators competing against each other. The participants are Bryan and Sarah Baeumle from Renovation Island, Deluxe design experts Michel Smith Boyd and Anthony Elle, Jonathan Knight and Kristina Crestin from Farmhouse Fixer, and Page Turned and Mitch Glew from Fix My Flip. They will have 6 weeks to turn the houses in Rustic Colorado into Luxurious art pieces. The producers add that the competitors will be facing the toughest challenges to date.

All their previous trailers are available on YouTube but the trailer for season 4 of rock the block is yet not out. We only know about the announcement of the 4th season and no more is known. We can expect the official trailer to be released this month or the next so keep in touch so you don’t miss any updates. The producers took to Twitter to release a small teaser for season 4.

Where To Watch Rock The Block Season 4 Online?

The first three seasons are available on Discovery+, Google Play, Amazon Instant Video, The Roku Channel, and the spectrum and now they are also available on Amazon prime video. We don’t know the exact date of release and where will you be able to stream the 4th season but it is safe to say that it will be following the same pattern and will be accessible on amazon prime video and Discovery+. You should stay updated on HGTV’s digital platform to get the latest updates on the 4th season.

Who Won The 3rd Season Of Rock The Block?

Egypt Sherrod and Mike Jackson took the winning prize home beating Leslie Davis and Lyndsay, Dave and Jenny Marrs, and Keith and Evan Thoms to secure the first prize. Mike and Egypt also got a street named after them” Mike & Egypt St.”. Jasmine Roth and Brian and Mika are the winners of season 1 and season 2 respectively.