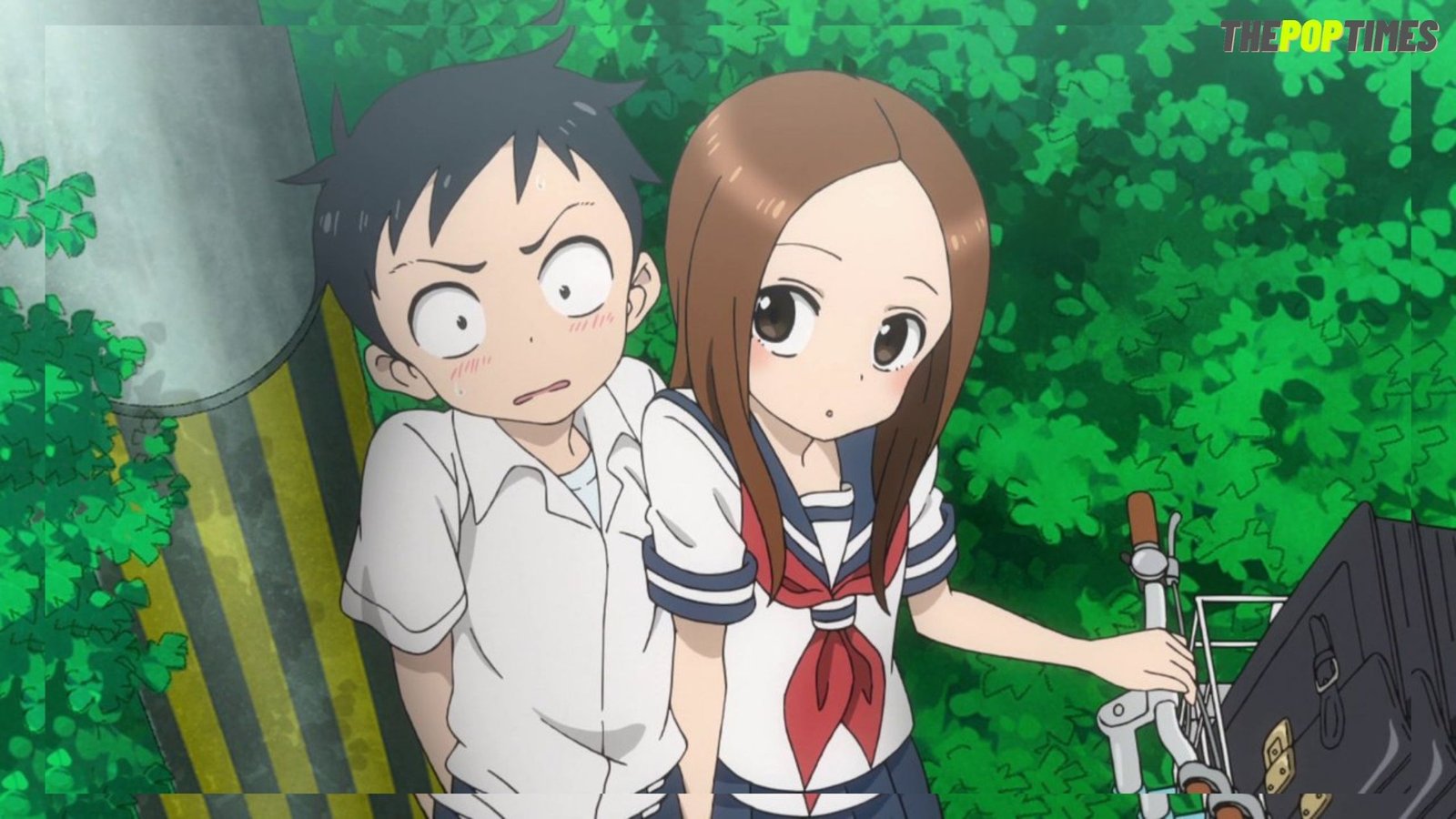 Fame as well as lovers of anime shows are continuously gaining their pace and I am sure everyone is already aware of the anime shows. Seeing its popularity growing not only in its own country but also in western countries and globally, more and more people are demanding more exciting anime or more seasons of their favorite anime shows. In this post, we will discuss another anime like that which is Teasing Master. The show already got two seasons and now next in line is its season 3. Here we will tell you all the latest updates and news of this popular anime Teasing Master Season 3.

Teasing Master also called by the title Teasing Master Takagi-san or Karakai Jōzu no Takagi-san is an anime television series by studio Shin-Ei Animation. The anime is based on a manga series by the same name written and illustrated by Sōichirō Yamamoto.

Teasing Master Season 3: Coming or not?

Teasing Master is a romantic-comedy animation series and known as the best slice of life show ever. The first installment of the series came out on January 8, 2018, and concluded on Mar 26, 2018, while the second installment released just after a year on July 7, 2019, and ended on Sep 22, 2019. Both the season contains 12 episodes each with 23 min per episode. It’s already been more than a year since we last witnessed the second season yet we haven’t got any official news for the third season. It is understandable to say that the fans are going crazy to know that Teasing Master season 3 is coming or not? Well, let us discover the answer.

The first two seasons received great reviews and responses worldwide. The show is rated 7.7 out of 10 on IMDb. Both the manga series and its adaptation got immense admiration from the audience. By February 2019, the manga had a total of 6 million copies in print. Even recently in 2021, Teasing Master Takagi-san won the 66th Shogakukan Manga Award in the shōnen category. So, there is no way, that the creators will cancel the third installment. Therefore, the hope is still there. Now comes the availability of source material to support the third season. The manga’s latest volume was recently released on February 12, 2021. There is a total of 15 volumes the manga has. So, the animation studio has no worry regarding the source or content material for the third installment. With no trouble, they can easily provide content to renew the anime for its third season.

MUST READ || Will There Ever Be Dropout Idol Fruit Tart Season 2?

An anime usually takes 1-3 years of duration in production. It’s not too late to release the third season of Teasing Master. If the creators are willing to start production right away and keeping in mind the pandemic situation, the Teasing Master Takagi-san season 3 should probably come out in either late 2021 or sometime in 2022. Let’s patiently wait some more time until we get to hear the official update from the side of the production team.

Directed by Hiroaki Akagi, licensed by Crunchyroll, Funimation, and Netflix, the anime is available to watch in two languages both Japanese. There are two main characters in the series and the story revolves around them only. One is Takagi voiced by Rie Takahashi in Japanese. Takagi likes to enjoy her time by teasing Nishikata; she is infatuated with him and makes the most of his responses to her tricks. Another one is off course Nishikata voiced by Yuki Kaji in Japanese. Nishikata is the classmate of Takagi, who she loves to teases and making him become flushed. He continually attempts to get back at her, however, Takagi consistently exploits the circumstance and frustrates his plans. Nishikata likes Takagi, however, he doesn’t recognize this.

Having a friend that knows you back to front ought to be something worth being thankful for, yet for Nishikata’s situation, the opposite is true.

In season one, we see that his classmate Takagi who is in love with Nishikata without knowing, likes to tease him consistently, and she utilizes her broad knowledge on his conduct to anticipate precisely how he will respond to her teasing, making it almost incomprehensible for Nishikata unable to make an effective comeback. Regardless of this, Nishikata pledges to one day give Takagi a painful but much-needed consequence by making her embarrass out of humiliation from his teasing.

In season 2, we get to witness that even after spending a lot of time with Takagi, Nishikata is as yet battling to track down a skilled teaser. Any methodology he utilizes to uncover her faults is without any result. Despite, Nishikata’s pathetic efforts just uncover his very own defects, which Takagi exploits to turn out to be more and more expert in her teasing. To compound the situation for Nishikata, bits of rumor about him and Takagi may have spread in class because of the regular associations between them. Subsequently, Nishikata keeps on making progress in his goal—to fails Takagi and make her face embarrassment and humiliation.

Well, what might Season 3 comprise plot-wise? In my opinion, it would include Nishikata and Takagi’s relationship growing significantly more. I feel that Season 1 was for the most part Takagi teasing Nishikata, however, in Season 2, they begin drawing close to each other relationship-wise.

Whatever happens, we are always prepared to update our section with the newest information. To fully enjoy the third season, make sure to watch the previous two seasons before.