Spiky Movies are always an all-time favorite for fans of all age groups. When a movie comes into the theatre everyone rushes to watch it. Whether it’s a meme, a quote, a picture in your wallpaper; Spikey always has a place. I remember in my school days we all used to collect Spiky stickers. It was a huge craze when it was first released and also today when we are getting more.

I mean who doesn’t find Andrew Garfield hot? Or Tobey Maguire sweet. And Tom Holland is cute? Well, I do for that matter. Tell us how you feel. We are indeed very curious.

There’s only a handful who haven’t heard of or watched the Spider-Man movies. Well, worry not. I am here to guide you along the journey of our amazing Spikey.

When Did The First Spiderman Movie Come Out?

The first movie that came out was Spider-Man. The movie made its first debut on 24th May 2002. The movie was rated 7.3 by IMDb. When the movie first came out it won the hearts of millions. It was a talk of the citizens for many years. Until other Spider-Man movies came one after the other. The movie runs for 2 hrs and 1 min. It stars; Willem Dafoe, Toby Maguire, and Kirsten Dunst. The movie provides a dose of web-swinging fun, adventure, action, heart-warming romance, and humor.

It tells us the story of Peter Parker, an innocent, sweet, nerdy, kind naive high school student. He is secretly in love with Mary but doesn’t have the courage to confess. Everything zaps when he is suddenly bit by a genetically modified spider. His genes alter and his behavior somewhat changes to that of a spider. He gains speed, strength, and all the abilities a spider has. But things get rather tough for him, as new changes take over. Misfortune falls over his family with the sudden death of his uncle. His life falls apart. Now, with new power comes new responsibility. Now as a superhero he has to face new challenges, rescue the citizens of New York from the hands of evil, and fight off the villains. And not to forget he has to confess to Mary before someone whisks her away.

Go and watch the first movie before you begin your journey in the Spiky world.

Now, there’s a lot of movies about Spider-Man. Hence people confuse the sequence a lot. What to watch next. And if there is a connection and parts of the series. Don’t panic, the following article will help you to sort it out. So, sit back and chill.

About this movie, I have already shared the information above. Scroll up to read! This movie has an iconic scene where Mary kisses Spider-Man upside down! Yeah, this is quite a famous scene. This is the gateway to the other sequels. Do watch the movie!

This movie was released on July 23rd, 2004. The runtime of the movie is 2hrs and 7 mins. You will get to see the same cast, along with some new faces. It received a rating of 7.3 by IMDb. It also won an Oscar. Petr has now adapted his life as a superhero very well. He is the heartthrob of all New York girls. He even started a new relationship with Mary. Parker has embraced his duty and fighting off villains on one hand, and also balancing his high school and work-life together. But things get a little shaky with the appearance of a new villain. Spider-Man has to beat off Doctor Otto Octavius who is causing a great problem for the citizens.

This movie stars the same actors and a few additions of course. IMDb rated it 6.2 and it runs for 2 hrs 19 mins. A new specimen attaches itself and feeds off Spider-Man’s heart. His suit changes to black, I know his looks appear a lot cooler and hot. But his heart changes to greed, lust, passion, revenge, money, and power. Now his inner self faces turmoil with this new villainous self. How will Peter defeat him? Will it affect his relationship?

Now, this movie has no connection with the previous ones. This one has a completely different story. Here our Star Spider-Man is Andrew Garfield. Rated 6.9 from IMDb the movie runs for 2hr 16 mins. This show stars; Andrew Garfield and Emma Stone. The story is a bit similar to the previous Spider-Man starring Toby. He is bitten by a genetically altered spider and his genes alter. Like all the other superheroes he balances his life as a student and also as a hero saving the citizens. On the other hand, he is seen dating Gwen Stacy.

The story continues as he faces new challenges, dangers and laments the death of his dear ones. The movie stars the same actors from Part 1. You will still get to see some new faces. It runs for 2 hr and 22 mins. Rated 6.6 by IMDb.

MUST-READ | Who Is Rayuji Ayukawa In Blue Period And How Old Is She/He?

Rated 7.8 the movie runs for 2 hr and 27 mins. The movie includes; Robert Downey Jr, Scarlett Johansson, and Chris Evans. Here Spider-Man does not play the leading role. The story mainly revolves around the tussle between Iron Man and Captain America.

The movie runs for 2 hrs and 3 mins. The movie focuses on the superhero balancing his life and his duty. On one hand, he is a high school student who has to keep his identity a secret. On the other hand, he has to face the villains and protect the city. The movie star; Robert Downey Jr and Tom Holland. It’s rated 7.4 by IMDb.

In this world, Spider-Man is not the only Spider-Man. He has to face five other Spider-Mans’. Each is from other dimensions coming together to face the villains in reality. Rated 8.4 by IMDb, the movie won an Oscar. The runtime is 1 hr 57mins. The movie stars; Hailee Steinfield, Jake Johnson, Shameik Moore, and others.

The comic book mentions that Venom is Spider-Man’s sole villain. But in the movie, Spider-Man is hardly mentioned. Still, you will get to see Tom Hardy playing the same role as Topher Grace played in Spider-Man 3. The movie highlights the story of a failed reporter. He gets bonded with an alien entity. Now as a new being, he decides to stay on Earth and protect it. The movie features; Tom Hardy, Michelle William, and others. Runs for 1 hrs 52 mins and is rated 6.7 by IMDb.

Here Tom Holland plays the role of Spider-Man in both movies. Although he doesn’t have a leading role. But with other Avenger superheroes, he too has a role to play.  The movies have been rated 8.4 respectively. The movies run for 2hr 29 min and 3 hr 1 min respectively.

After the movie of Avengers Endgame, this actually follows the sequel. As our Spiky gets an exposure to the world. Now, he must fight the villains. As new threats and challenges cross his path. He needs to save the world otherwise the planet is in the way of its doom. The movie ran for 2hr and 9 mins. Rated 7.4 by IMDb. The actors include Tom Holland, Samuel l. Jackson and others.

Oh, this is the new one. It is still running in theatres. Run and watch before you miss it. But are you waiting for me to give the spoilers? You bet! But I will not. I will only tell you that now that his identity is revealed he needs the Doctor’s help. But what happens next? Go find out! Rated 8.9 by IMDb, it features Tom Holland, Benedict Cumberbatch, and Zendaya. It runs for 2 hr 28 mins.

These are all the movies listed above where you will get to see our Spider-Man. My job over here is done. Now go and stream the movies online. They are mostly available on either of these platforms. Netflix, Amazon Prime, or Disney Hotstar.

That’s all for now! Bye for now, until we meet again. 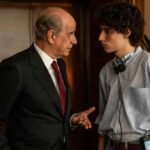 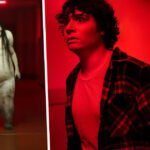