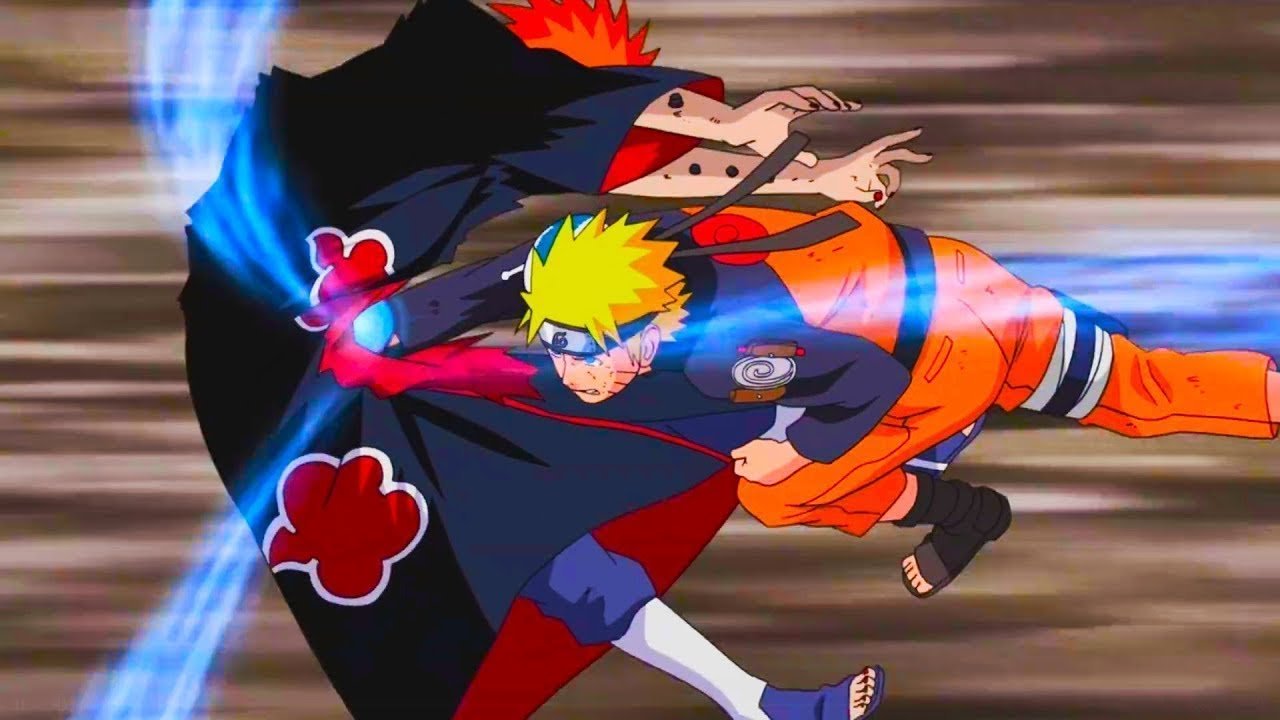 Naruto? Literally, who doesn’t know this personality? Anime lover or not everyone knows him. If not the whole him at least a little about him. Or at least have heard his name. What about you?

Did you watch the series or read the manga? Then you may be aware of which episode or which part is considered as the best in the total series. When talking about fights, Naruto Vs Pain is considered as, one of the best parts of the anime. Also, the best fight scene in general.

I will gradually introduce you to the anime, the character, how and why he fights pain, etc. What you only need to do is, just go through it.

Naruto or Naruto Uzumaki belongs to the Konohagakure’s Uzumaki clan. He is a shinobi of the same clan. He was born with nine tails, although shunned through his entire childhood, his hardship paid off as he became a capable ninja. Now with powers and capability, he earned the recognition of Hero of the Hidden Leaf.

Since most of you may be aware of who he is. I will just recapitulate about him in short. For those who are not aware of him, I believe this short brief will give you some basic ideas.

Before the birth of Naruto, a nine-tailed beast was causing havoc in the village where baby Naruto was born. In order to put an end to this monster, the leader of the Hidden Leaf Village sacrificed his life and sealed the nine-tailed fox inside the newborn baby, Naruto.

Now growing up he has a lot on his plate. He makes friends but also has deadly enemies always on his tails. With his burning desire and passion, he has a dream of his own, that is to become the Hokage of Konohagakure.

If you want to learn more about him, then you can read the manga. Or watch the animation of the same name. Available on Funimation and Netflix.

When Does Naruto Fight Pain?

Under the vigorous training of Lord Fukasaku, he was learning to fight pain. Why? So that he can defeat him, easy! While he leaves on a journey to learn Sage Mode. Fukasaku leaves pain toad in order to gain the news whether pain attacks the village.

While Naruto is trying his best and acing his training. Pain attacks the village; some are seen participating others go into hiding. While Pain kills the people the toad messenger who was asked to send the message too gets killed.

Hence, the SOS fails to reach Naruto. After a performance of Reverse summoning, Naruto arrives on the battlefield but is fully prepared for the war.

As Naruto fights Pain, the viewers get to see the best fight scene the entire series could have. This is one of those moments which called for glory. As a lot of you were waiting for Naruto to finally achieve his power and surpass his Master. Well, this is that moment. Naruto asks the villagers to stay away from the fight as he fights off Pain.

We even can’t simply let go of his entry too!!! It was really grand and breathtaking. The fight scene of Naruto Vs Pain really deserves multiple watches.

Now, that I talked about anime, how about the manga. Well, well!! Don’t worry, I will share that as well.

In Which Chapter Naruto Fight Pain?

In Chapter number 419 you will read Pain attacking the village. As Pain continues to destroy the village and kill its people, defeating one after the other. He continues to kill and defeat the people of Leaf Village.

In Chapter number 430 you will read Naruto finally fighting Pain. This chapter is named, Naruto Returns.

Now, I have discussed both Manga and Anime. Let’s get into the million dollars question on hand.

The real name of Pain is Yahiko. He was simply controlled and manipulated by Nagato at a distance. Naruto gets to the end of it while he fights him.

It was Shikamaru, who drew the conclusion that Pain’s real body lies somewhere else. Might be somewhere close to the village from where he could have sent his chakras, enough to control the paths, with ease.

Well, now to conclude this article I will add that Naruto doesn’t kill Pain. Although he is responsible for the mass massacre and death of numerous people of Leaf Village, especially Naruto’s master and teacher. Despite that Naruto in order to break the cycle of hatred, doesn’t kill Pain. Instead of killing him, Naruto chose to listen to him and understand the reason behind his mass slaughter and attack.

He further shares his life story with Pain and makes him understand how futile the cycle of revenge is. Knowingly or unknowingly Naruto brings over a change in Nagato. Who as redemption to his past mistakes revives all of those whom he had killed and ends his own life!

I tried to keep this article as simple yet as interesting as possible for your understanding. I hope you found this an interesting read. Keep following us, for more stories, interesting facts, updates, and news.

If you are a newbie then I hope you will visit the sites and give Naruto a watch. Or you can even read the comic, as you seem fit.

READ ALSO | How Old Is Toga? Do You know? Check Here!