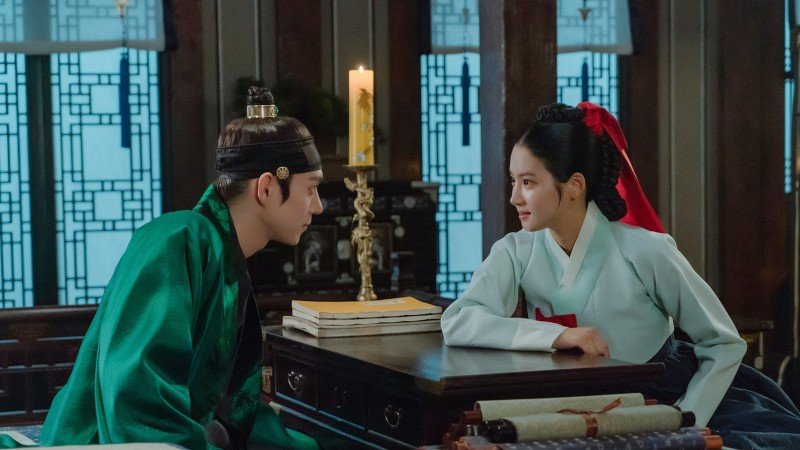 2022 has been a very sorrowful year for K-drama fans. Well, if you are a K-drama fan then you must have already guessed what I am talking about, right? This year we got to see so many masterpieces of drama such as Alchemy Of Souls, Tomorrow, Our Blues, Thirty Nine, and many more. Despite witnessing so many good dramas this year, we are still very heartbroken because most K-dramas have sad endings. This year we came across many good historical dramas such as Alchemy Of Souls, Under The Queen’s Umbrella, The Bloody Hearts, etc. But recently a new historical K-drama made its debut on December 9, 2022, and we can clearly say that it has already made it into the top 10 best ongoing K-dramas this month.

The Forbidden Marriage is an ongoing historical Romantic and comedy-drama that is penned by Cheon Ji Hye. The directors of this drama are Jung Hoon and Park Sang Woo. We can see the craze for this new MBC drama among the fans is insane. So far only 4 episodes have been released but fans are already hooked on its amazing storyline. As The Forbidden Marriage is grabbing the spotlight, many questions are arising related to this series and the release date of the second season is one of them.

The first season of The Forbidden Marriage is currently ongoing but fans have been mesmerized by the storyline of this series so much that they can’t resist but ask more about this drama. We can not tell you the release date of the second season of this amazing sageuk drama as the first season is still ongoing.

There is no hint for the second season, if the first season ends with so many unanswered questions then only we can expect another season. As we know, usually K-dramas do not have more than one season, so there are tons of chances not to see another season of The Forbidden Marriage.

As of now, the official statements regarding the second season have not been shared by MBC and it seems like we won’t get another season of this series now.

Maybe the star cast will change in season 2. But the series is not yet renewed for another season so we do not have any official update on the star cast for the 2nd season.

The talented and visual cast of The Forbidden Marriage season 1 includes Park Ju-Hyun as Ye So Rang, Kim Young-Dae as Lee Heon, Kim Woo-Seok as Lee Shin-Won, Kim Min Joo as The Crown Princess, An Ja-Yeon, Jung Bo Min as Hae Young, and many more are there.

This drama depicts the story of The King, Lee Heon who used to be the crown prince of Joseon but when his wife gets killed 7 years back, he is still traumatized by her death. As the king did not get married to anyone again after the death of the crown princess, the royal family created a law for the people of Joseon mot to get married unless and until the king gets married again.

Soon the king gets to know about Ye So Rang who is actually a fraud and she tries to marry other people by telling them that she has been possessed by the ghost of the crown princess and there are many lies she has told. As So Rang caught the attention of The King things started to get complicated. Lee Yeon starts to fall for So Rang but the story does not end there. Lee Shin Won, who is an officer in the royal court, also falls for So Rang. What will happen when So Rang finds herself in a love triangle between the most powerful man of the Joseon and the powerful Officer of the Royal court?

Where To Watch The Forbidden Marriage Season 2?

This drama is available on Viki as well as Prime Video. You can stream this drama according to your choice.

The ratings of the recently released show are 8.4 out of 10.

Is it already confirmed that The Forbidden Marriage will have another season?

No, this drama is not yet renewed for another season.

How many episodes are there in the first season of The Forbidden Marriage?

Usually, K-dramas have 16 episodes but this drama has 12 episodes only.

Is The Forbidden Marriage a sad ending drama?

We can not say that the ending of The Forbidden Marriage is sad because it is not yet over. Usually, Historical dramas have sad endings but we can expect to see a happy ending in this drama.

When was the first episode of The Forbidden Marriage released?

The first episode was released on December 9, 2022.

Is The Forbidden Marriage based on a Novel?

Yes, The Forbidden Marriage is based on the Novel Geumhonryung, Joseon Honin Geumjiryung by Chun Zi Hye.

How many seasons are there for The Forbidden Marriage?

In total, there is only one season till now for The Forbidden Marriage.