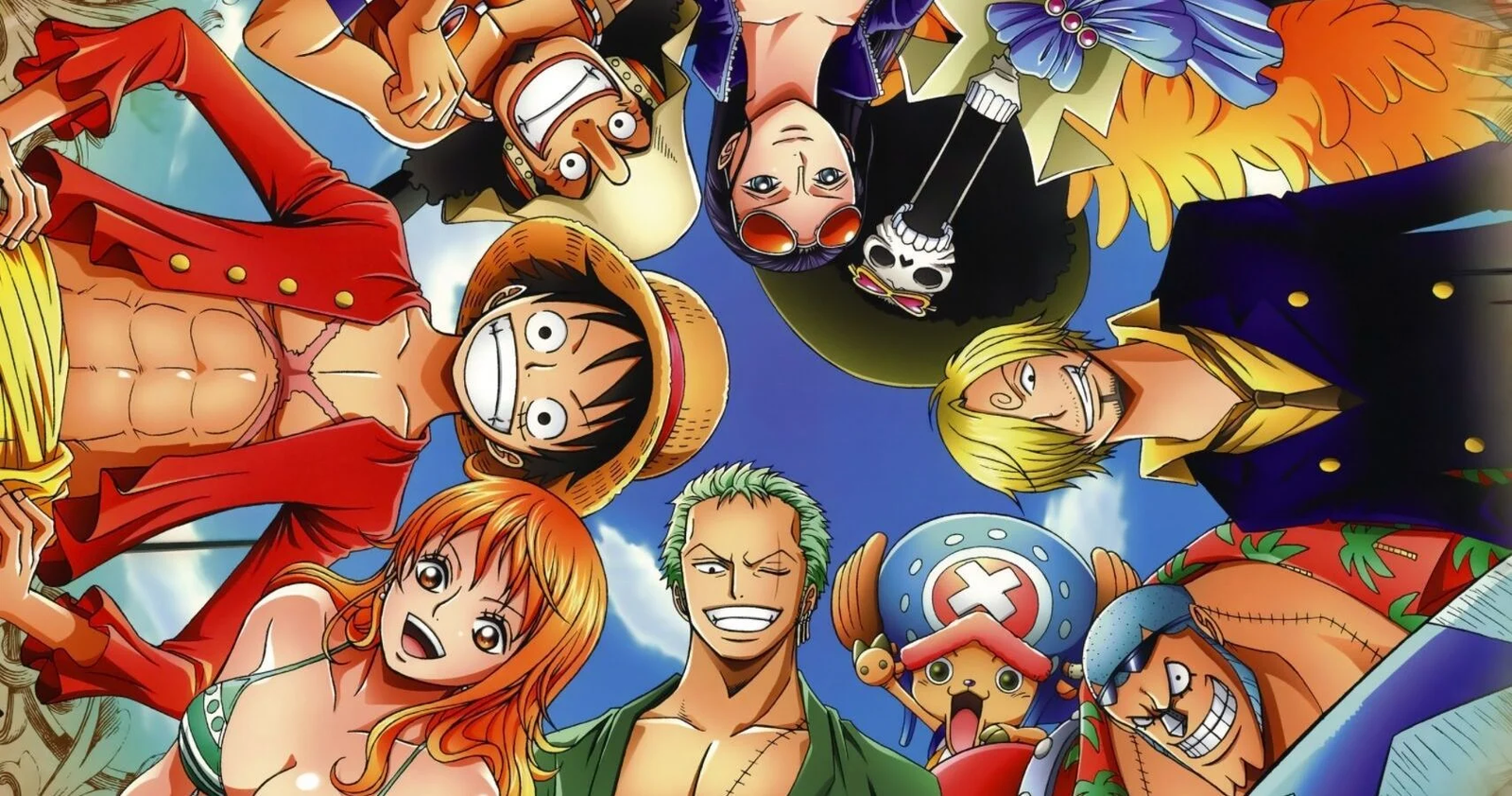 Long-running anime brings a sort of attachment issue to the viewers and it is almost heartbreaking when we get to know their finishing updates. So, brace yourselves as we continue to talk about One Piece. One Piece is an anime series based on the manga series of the same name by Eiichiro Oda. This iconic anime has been running since October 20th, 1999 currently at its 1017th episode. The anime is directed by almost 10 directors making the anime more interesting to see.

The anime adaptation by Toei Animation brings us the story of the manga series where we get to see the life in the sea and most importantly, the life of pirates. The anime has been aired internationally after its popularity started to rise. 4Kids Entertainment took the license for the distribution of the anime in North America. The anime was dubbed into English and it started to spread all around the world. Soon, channels like Cartoon Network and Fox Network. Online platforms like Funimation and Crunchyroll acquired their license for distributing the anime.

Apart from the anime, the manga has its franchise in films and television series as well. The series consists of 20 seasons to date and it may continue to produce more seasons till it reaches a perfect ending. One Piece holds 16th place in the list of anime series by episode count.

When will One Piece end?

One Piece is an anime based on Eiichiro Oda’s manga series. This anime has been one of the most famous anime of all time. The series has been loved by people all over the world. One Piece brings out the perfect essence of pirate stories and the thriller in it which gives the viewers a nostalgic feeling.

Being an anime that consists of 20 seasons with 1017 episodes, it is considered one of the best long-running anime ever. The story tells us of the pirates living the seas fighting for their worth and who is the real king among the pirates. The anime successfully portrays the manga in the animation form which is enjoyable to those who can’t find the manga to enjoy. The anime has been distributed in both Japanese and English audios to grab a wider audience which was also successful. The series has films, short television series, and other media forms which adds up to the One Piece franchise. The anime has been one of the best anime that the world has ever seen.

However, the anime seems to have no end as the production of this anime is going on very smoothly and running with no hard effort. One Piece has been running since 1999, which is almost like, 23 years, yet we have no particular end to the series. The 20 seasons comprise different plots altogether, going according to the volumes of the manga. These seasons have fairly covered up the plot that is shown in the manga. But the question is, when will the anime come to an end?

Some ask this question out of curiosity while others try not to upset themselves by thinking of it. Unfortunately, the anime is getting close to its ending soon. Which is not right now.

According to the words said in 2019, the original manga writer, Eiichiro Oda, plans to end his work within five years. By this, we get to know that, the manga gets completed by the year 2024 or 2025. This also says about the completion of the anime as well.

The anime is still under production which means we still have no particular updates regarding the number of seasons that are yet to be released. One Piece brings us the ultimate joy and heart-racing thriller through it. It is quite sad to say the series goodbye but now is not the time. All we can do now is to anticipate the new seasons and plots that the creators bring to us.

ALSO-READ | Is One Piece Worth Watching? Read Here!

The story tells us about a boy, Monkey D. Luffy, who dreams to become the best pirate out there in the sea. The dream comes out when he was rejected by the pirate group, Red-Haired Pirates. His dream comes true after 10 years of that rejection when he forms his crew named The Straw Hat, where he collects talented men that suits his crew to become the king of the pirates.

The crew consists of the captain Luffy; the hunter and swordsman, Zoro; the money-obsessed thief and navigator Nami; the sniper and the liar, Usopp; a pervert chef Sanji; the reindeer doctor, Tony Tony Chopper; a former assassin, Nico Robin; a cyborg, Franky; a musician and a swordsman, Brook; and finally, a former member of the pirate group Seven Warlords of the Sea, Jimbei. They sail on their ship, the Going Merry on an unknown journey and form the strongest pirate gang ever.

The main theme of the series is dreams. Every member of The Straw Hat crew had a motivation and goal to achieve and Luffy helped them through it. And they returned the favor to Luffy by helping with his goal.

This anime shows us that these group of sea bandits are out on an everyday mission where they meet new challenges and villains and try to defeat them at all costs.

The anime is currently divided into nine parts, which are known; as The Straw Hat Pirates: East Blue Saga, Arabasta Saga, Sky Island Saga, Water 7 Saga, Thriller Bark Saga, Summit War Saga, Fish-Man Island Saga, Dressrosa Saga, and Four Emperors Saga. These are the story arcs that explain the anime in a better way, without any confusion. Every saga ends which leads to a final ending that is still unknown.

The anime consists of 20 seasons running from 1999 and still running, gaining a total of 1017 episodes where we get to see the story moving on smoothly throughout the years. The anime shows us the teamwork between the crewmates and their trust in each other as they sail across the whole wide seas to become the best pirates ever.

Monkey D Luffy: Monkey D Luffy or simply known as Luffy, is the main character of the entire series or you can say the anime revolves around him. A boy of seven Luffy joins a pirate group in the hope to become a pirate and mostly to have a job. But after he failed to be so, Luffy was removed from the pirate group. The boy was then adapted by Curly Dadan and her mountain bandits. Luffy starts to dream of making his crew and becoming the King of the Pirates. Ten years later, Luffy makes his crew called The straw Hat Pirates.

Roronoa Zoro: Zoro is a swordsman, skilled to use three swords at once. He fulfills his promise to become a swordsman he made with his childhood friend, Kunina. After suffering from the pain and conflicts, he was saved by Luffy who brings him to the crew. He starts to love and protect his crew.

Nami: Nami after witnessing her mother, who was being murdered by the infamous Arlong, the pirate takes her with him. The girl is very skilled in all sorts of things, especially calligraphy. Nami joins the pirate gang eventually. She develops her skills in Burglar, pickpocketing, and navigating forecast weather. Once Arlong gets defeated by The Straw Hat Pirates, she joins the winning gang to live her dreams once again.

Usopp: Being left by his father, Usopp and his mother try to survive through the rough life that was ahead of them. Usopp never despise his father who left them and joined a pirate gang. The boy aspires to become a pirate himself and starts working on it after getting over his mother’s death. Usopp is known for his big nose in the entire town. He is described to be very innovative, a skilled painter, and a sculptor. He uses his slingshots in the combats if needed. He gets into the pirate gang The Straw Hats, where earns his title as “God” Usopp.

There are other main characters like Sanji, Tony Tony Chopper, Nico Robin, Franky, Brook, and Jimbei who are the rest of the crew of the pirate gang The Straw Hat. The anime introduces us to more characters as the plot proceeds with every new episode and season. There are villains, allies, and others who add more color to the anime.

You can always find the entire list of One Piece characters on Wikipedia.

One Piece has been an iconic anime for every anime lover. This long-running anime has a special place in the hearts of the viewers as they continue to love the anime and are keeping up with every season that has been released.

As mentioned before, the anime is licensed by both Funimation and Crunchyroll where you can find all the seasons and episodes of One Piece present there.

ALSO-READ | Kill the Hero Chapter 101 Release Date: All You Need to Know