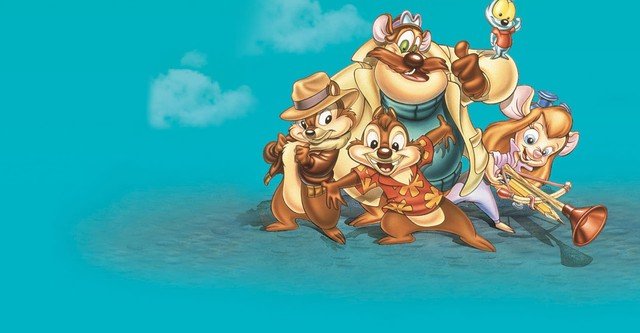 Chip n Dale is one of the oldest successful franchises which had been on halt for a long time from now. The anime was first released on March 4, 1989, and had covered almost sixty-five episodes from its first three seasons. It has been more than thirty years since the show came to an end. Now there had been a major announcement regarding the show that a wider range of people is looking forward to. On May 20, 2022, an animated movie will be released with the same content. As a majority of people haven’t witnessed the essence of the anime, there is an excitement for the people to feel it lively. Chip and Dale are the two main characters of the series which was created by Tad Stones and Alan Zaslove.

Even if it came in the late 80s, the characters are famous in the show which is still telecasted on many television channels. Moreover, the show moves in a humorous angle adding mystery and adventure as an extra punch to the series. Walt Disney Television as well as the Walt Disney Television Animation are the developers of the show where Buena Vista Television takes the show throughout various parts of the world. However, the sequel movie is expected to make some major changes in the overall making. Chip ‘n Dale: Rescue Rangers movie is written by Dan Gregor and Doug Mand under the direction of Akiva Schaffer. On the other hand, the movie is developed as a conjoint effort by Disney Pictures and Mandeville Films. While the official date of release is May 20, 2022, the movie had already gone for a trial version on May 16, 2022, in Orlando.

The series was premiered in 1989 and concluded in 1990. Then, there were no online platforms available for the show to get aired. It was later after Disney Plus came into the business, that they started streaming the show online. By 2020, all the episodes of the show had been added to the platform. In addition, anyone with a subscription can stream the show online according to their comfort. However, as they are ready to release the latest animated movie of Chip n Dale, that will be the first one of the Chip n Dale franchise to stream the show on Disney Plus.

After the release is confirmed, the show is expected to arrive in real quick time where the subscribers of the ott platform can watch it. Apart from Disney Plus, the series is also available on Apple iTunes and Google Play Movies. In the United States YouTube is streaming the show and that too on a subscription basis. Unfortunately, no one else bid for the show because Walt Disney is the developer. However, later Amazon Prime Video came up with a bid to stream the show. Consequently, all three seasons of Chip n Dale was also made available on Amazon Prime Video.

MUST READ: Kipo And The Age Of Wonderbeasts Season 4 Release Date

What Is Chip n Dale All About?

The series is related to fictional characters belonging to the squirrel category. It had been developed for the sole purpose of entertainment and no harm has been imposed on animals. The animated television series talks about two best friends Chip and Dale. Their interest in investigating crimes and finding out about everything around them made them start a venture named Rescue Rangers. It is simply an investigating agency they start with some of their friends.

Furthermore, the series is presented in a humor-oriented way of storytelling with some mystery involved in that. Chip n Dale is one of the oldest series developed in this genre and carries a lot of reputation by its side. In addition, the latest animated movie which is set to be streamed on Disney Plus is an adaptation of the series. Even though the storyline is different, the movie will go through the life of Chip and Dale along with their investigating agency.

Where to Watch Chip n Dale for Free?

To watch every series there are tons of ways beyond the official route to get access to the contents. However, they are strictly illegal and won’t be a great idea to try them out. Some animated television series are available on YouTube and on various authorized websites where one can watch them for free. On the contrary, Chip n Dale cannot be watched for free through legal websites. At the same time, the show is watched by people across the globe through some unsecured websites for free.