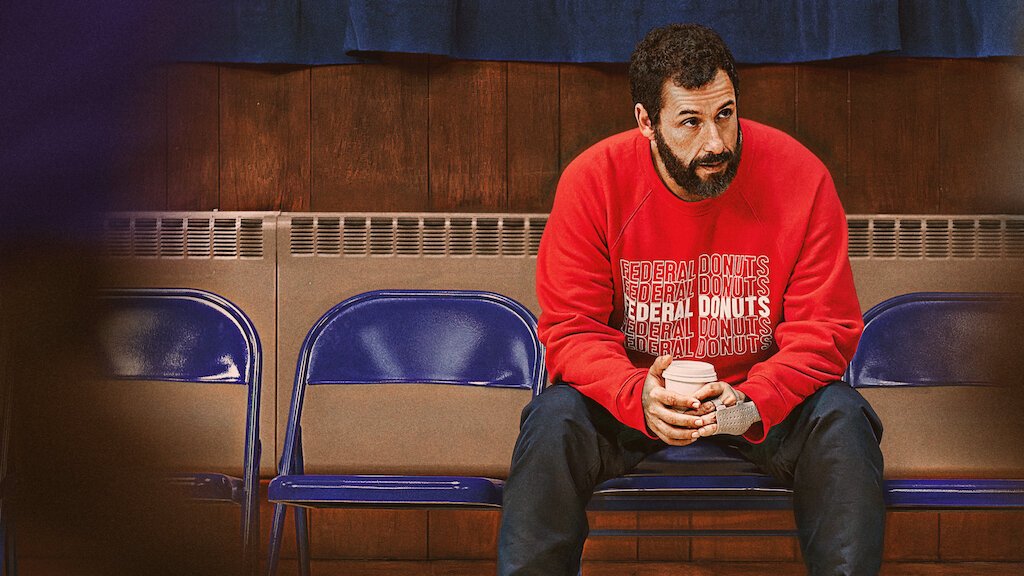 It is an American sports drama film which is directed by Jeremiah Zagar and is produced by LeBron James. It is based on a screenplay by Taylor Materne and Will Fetters. It is a documentary about a basketball player and his struggle and how he makes it to NBA.

Where To Watch Hustle Online?

The story revolves around Stanley Sugarmen (Adam Sandler) who experiences a stroke of bad luck on his basketball scout. But luck always does not remain on the bad side while his aboard travel he discovers a Boy named Bo Cruz (Juancho Henangomez). He immediately knows that Cruz is born to play basketball and Cruz’s talent is unparalleled. He immediately recuts him even though Cruz refuses at the start saying he has to support his family but once he heard the offer given by Stanley he agreed immediately. Stanley brings Cruz to America without his team’s approval taking everything on himself. And they only have one final chance to prove that they can make it to NBA. An interesting fact is that Hustle is co-written by Will Fetter who was one of the writers behind 2019’s version.

From the information that we have gathered by watching the trailer and from another source the possible cast of Hustle is, Adam Sandler in the role of Stanley Sugarman, Queen Latifah in the role of Teresa Sugarman, Stanley’s wife, Ben Foster in the role of Stanley’s boss, Juancho Hernangómez in the role of Bo Cruz, Raúl Castillo in the role of Oscar, María Botto in the role of Paola Cruz, Bo’s mother. Other people whose characters are not confirmed by us till now are Ainhoa Pillet, Kenny Smith, Jordan Hull, Silas Graham, Lenjo Kilo, Marcus Delpeche, Malcolm Delpeche, Jaleel White, Heidi Gardner, and Robert Duvall. Boban Marjanović, Anthony Edwards, Seth Curry, Tobias Harris, Trae Young, Jordan Clarkson, Khris Middleton, Aaron Gordon, Tyrese Maxey, Kyle Lowry, and Matisse Thybulle were present in the trailer playing the role of NBA players though their names in the movie are not confirmed yet.

The movie is getting famous with the release of its trailer and people are getting more and more desperate to get the movie. Mainly the fans of Adam Sandler are quite excited to see him in his original genre of work which is a comedy, it’s not like he has not played the dramatic and serious characters. Like his role as the fast-Talking jeweler (Howard Ratner) in the crime thriller Uncut Gems. His serious and dramatic characters were quite a new experience to his fans, but they like to see him in his traditional work in comedy. As for the release date of Hustle, it is going to be released on 8th June 2022, which is two days before its announced date they declared in February during the announcement.

If we have to talk about the trailer of the movie, it’s only been two weeks since its release and it has already hit 3.7 million views on YouTube and is still getting more and more views. Its trailer was released on the 10th of May 2022 on YouTube and is available to watch on it. The link will be available on the page for you to watch the trailer directly.