Jack and Jill are an American Comedy film ideal to watch during Christmas, as the theme suggests so. The movie premiered on 11th November 2011. It is directed by Dennis Dugan. It was distributed by Sony Pictures upon its release and rated 3.3 by IMDb. The runtime of the movie is 1hr 31 mins. The movie arrived in India on 25th November 2011.

Now coming to the main questions. Fans; like you may be wondering, where the film was shot. Well, what are we here for? Scroll Down to get the news.

Where Was Jack and Jill Filmed?

The movie was filmed in late 2010. Since Jack works in the Media Industry the movie was set in the locations of LA, California, and a few other locations. Some of the scenes were shot in Florida as well. Okay. Without any further ado let’s dive in.

The movie first premiered in Los Angeles, California. The scene from the birthday party was shot at Plummer Park. The park is located on North Vista Street, in the city of West Hollywood. Another scene took place at 9250 Beverly Boulevard, Beverly Hills. The main aspect is the house is located in Pacific Palisades. This is one of the wealthiest neighborhoods of California.

Several other important scenes were shot at the Sony Pictures Studio. The art-production studio provides 18 stages for its filming. Filming also took place in the sea, on the Cruise ship.

Next the shooting also took place in Florida. In Fort Lauderdale, a city on the southeastern coast of Florida. The place is mainly known for its canals and beaches. The cast members shifted their location also at the Keiser University at 1500 Northwest 49th Street.  The casting took in extras to film a few scenes over the weekend.

MUST-READ | Will There Be Ada Twist Scientist Season 2 Release Date?

So, these are the three prime locations where the film was shot. Allures of the sea, where the cruise scene took place. It is a Royal Caribbean Cruise Line. Next is in Los Angeles, California. And lastly, Sony Pictures Studio, also located in California.

Jack is staying in LA with his perfect job and beautiful family. He is an advertising executive, married to a beautiful woman with two kids and an adopted child. Things go well with him until his fraternal twin crashes his place. She is a huge troublemaker who messes with Jack’s perfect life. To his shock, he learns that Jill will stay with him as she has an open-ended ticket with her. She annoys her brother, crashes the party, and embarrasses him in front of his guests. His thanksgiving goes in for a doom. Will he be able to find her a suitor to keep her out of trouble? Or his life is gone with her antics? What happens next will surely make you laugh until you cry. Do watch the trailer and enjoy the light comedy as you roll in laughter.

That’s all folks! You can stream the show on Netflix. Watch the film, until we meet again with the next update! 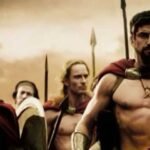 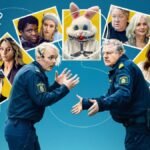