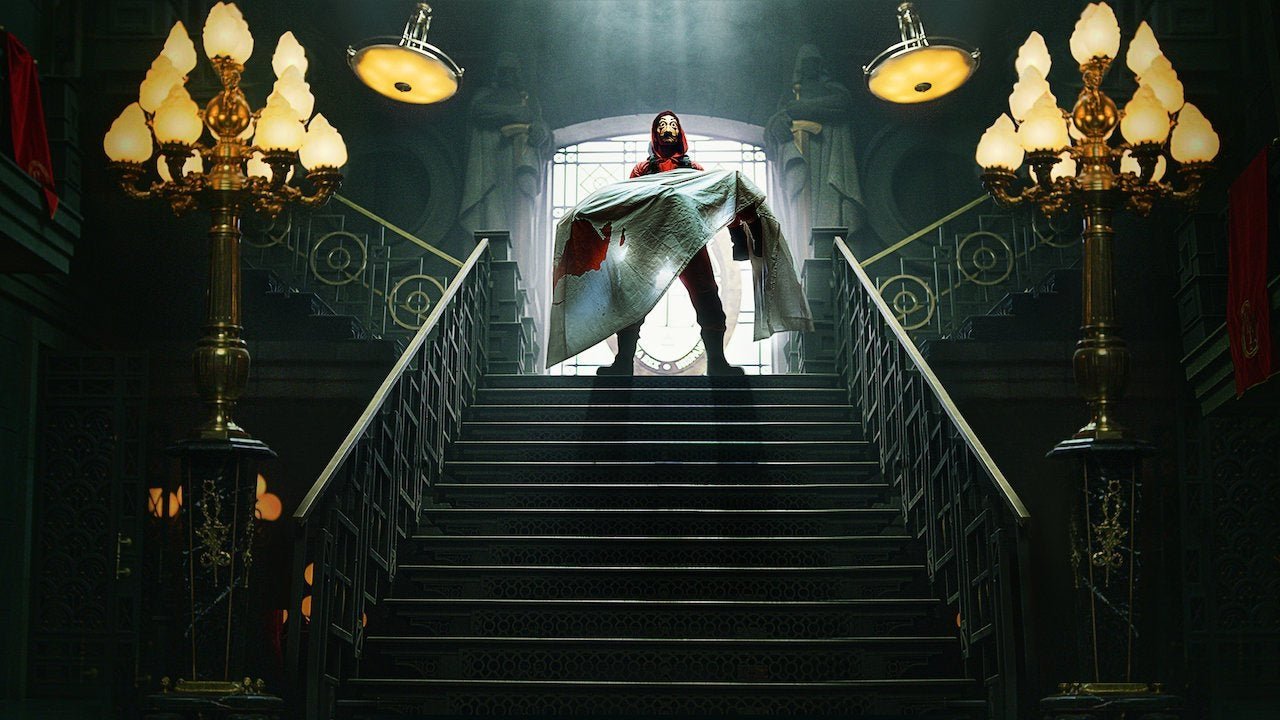 Money Heists is an action, crime TV series. The journey of Money Heists came to an end on Netflix with the arrival of Part V, Volume II. The series ended with the team members grieving the databox of their major teammate Tokyo.

The viewers witnessed five incredible seasons. Curious to know the places? Scroll down to get more information about the show.

Where Was Money Heist Filmed?

In 11 different locations, the series was filmed. Plenty isn’t it! Let’s find out about them.

For security reasons, filming outside the Royal Mint was strictly prohibited. The Royal Mint is a perfect alternative for the Spanish Research Council. This made perfect scenery for the shooing of the series.

ABC’s Printing site, another location. Nairobi to conduct her money-printing workshops and print out Euros according to her will.

In, La Casa de Toledo is a place where the wedding banquets are held. Here in this location Heist was shot. Accommodate of plenty of room and washrooms made it gain its importance.

Next is the Callao Square in Madrid where you’ll see the Professor’s face announcing Rio’s illegal detention.

The team used the Ministerio de Fomento headquarters as the Bank of Spain. San Frutos Hermitage as the gang’s new headquarters.

Abbadia De Paracas is the place which was used for Berlin’s wedding. The place was used by the gang for conferences.

Do you remember Tokyo describing her new reality as a romantic movie?   In one of the 400 islands in Panama, the scene was screened.

Piazza Del Duomo Florence, in Italy this was the place where you see Berlin after his death in Season 2.

In season 3 Tokyo is heading to see the Professor. Guess, where it was taken?  Well, it was in Thailand where the majestic Sanctuary of Truth stood.

And lastly, a year after the Heist in Season 2, Raquel and the Professor are seen reuniting in a tropical destination. Well, the place is in Palawan.

The team had the privilege to visit such beautiful and romantic places for the shooting of the series.

Now, you know the place. If you haven’t yet watched the series, now is the time. The series is available on Netflix.

The series, in the Spanish language, follows the drama of a group of robbers, whose sole mission is to seize Spain’s Royal Mint and rob it. Not to forget the mission is to take control as well. In two major locations, the series had its debut. To know read along!

The show begins with a scene set in Madrid. A mysterious man named “the professor” recruits eight people to carry out the plan of robbing a Spanish bank. For 11 days, 67 people were held as hostages. To print money and deal with the armed force.

After the initial Heist, they are prepared for a second one. The Bank of Spain where the same chain of processes takes place. Printing the money and fighting with the armed force.

Who To Expect in The Final Season?

As the final series steadily approaches, fans are eager to know how the series will end. Well from the information we gathered it is said that Vol 2, will focus much on the emotion of the characters.

The story, in the beginning, was from Tokyo’s perspective. Now fans are wondering who’ll take up the next narrative. Will it be the professor? Watch the next season to know.

MUST-READ | Who Is Kristen Cavallari Boyfriend 2021?