Twilight is one of the hit films of its time. It not only has American fans but also the film is watched by audiences from all over the globe. Twilight films have one of the largest fandoms. And if you haven’t watched it, then add it to your watchlist right away. In this article, we will get to know where Twilight was filmed. Let’s read what we have gathered for you!

An American fantasy film Twilight, directed by Catherine Hardwicke. This film was written by Melissa Rosenberg and adapted from a novel of the same name by Stephenie Meyer. Twilight was produced by Wyck Godfrey, Mark Morgan, and Greg Mooradian whereas Summit Entertainment, Goldcrest Film Finance, Temple Hill Entertainment, Maverick Film Company, Aura Films, and Imprint Entertainment are the production companies of the movie. The main actors in the movie are Kristen Stewart, Robert Pattinson, Peter Facinelli, and Billy Burke. Summit Entertainment distributed the movie. On November 17, 2008, the movie premiered in Los Angeles. After 4 days of premiering in Los Angeles, Twilight was released in the United States on November 21, 2008. The running time of the film is around 2 hours which is roughly around 120 minutes. The movie was made under the budget of $37 million but Twilight grossed over $400 million at the box office. On the first day of the premier, it grossed around $35.7 million. This film is highly recommended to all the fans of fantasy and romance genres.

Twilight is a highly grossed movie at the box office. On November 21, 2008, Twilight grossed around $7 million in ticket sales. On the first day of its premiere, the film Twilight grossed over US$393 million worldwide. However, Twilight got an average rating of 49% by Rotten Tomatoes, IMDb gave it 5.2 out of 10 whereas this film got 56% by Metacritic. Despite the average rating, the film Twilight got several nominations. And even more awards. On November 17, 2008, the movie Twilight premiered all over the United States. This film was so popular among viewers that the film was released on March 21, 2009, on DVD. And the DVD gained the title of most purchased DVD of the year.

Twilight’s story is kind of unique, and that is why it is loved by multitudes of people from around the world. This film is about a vampire and a normal human love story. So the film starts with the main female protagonist, named Bella Swan, who is a high school student. Her life changed unexpectedly when she moved to Washington State from sunny Arizona. There she met a mysterious but yes! one of the handsome boys named Edward Cullen(main male protagonist). The secret of Edward Cullen was that he was a vampire. But somehow Bella Swan fell in love with an immortal vampire soulmate. How is her love life going to be with a vampire?

Where Was Twilight Filmed?

Fans are very curious to know where the production of Twilight was set up and if you are eagerly wanting to know the location then read this article to know all about the setup of Twilight!

The Twilight teaser is already on YouTube. If you haven’t watched Twilight, then you should give it a try. Twilight is available on Netflix, Amazon Prime Video, and YouTube. 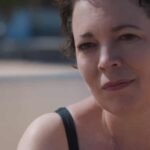 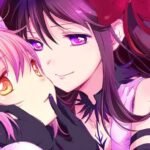