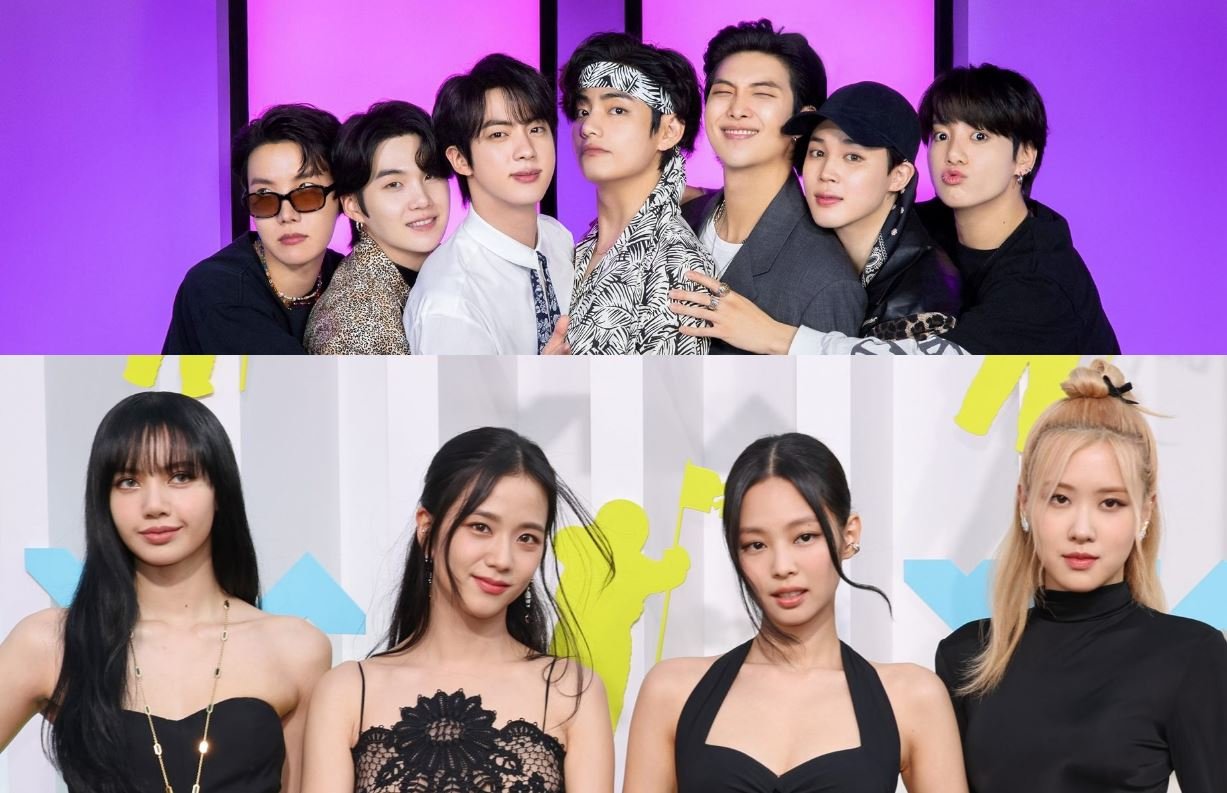 K-culture no doubt has become one of the most famous industries all over the world be it in terms of movies, series, fashion, or music. When talking about music groups, the Korean industry has brought in a new definition and category in the industry of music. In particular two groups have become very famous grabbing more and more attention from the people and making K-pop famous. I do not have to even name them because if you are a K-pop fan then you already know it. They are BTS and Blackpink. Their fanbase is growing rapidly each and every day and moment solely because of their talent, work, performance, and everything in between. Thanks to the internet they are visible all around the world. Mentioning them in specific does not mean that they are the only ones famous as there are several other groups and solo singers who are making a change and have brought an impact through their work. But these two groups in particular are always in the headlines because of the huge fanbase that they have.

Being a fan myself like you all, we all know that the war between the fans of both is very common be it in terms of protecting them or proving who is the best or in terms of popularity. The battle is always visible on social media and it is all because of the hard work and the work delivery that the two groups do which has got them such loyal fans and of course the way they love their fans. The groups are not just amazing as a gang but are also vibrant in their solo projects. Thus, we decided to take up the popularity feud today and discuss it as Blackpink has recently released their single after a long time and it is quite visible that the whole internet is talking about it and why shouldn’t it when it’s so wonderful. So, before getting into the article who are you, an Army or a Blink or both? No matter whose fan you are and what the result will be, according to us both of them are amazing and they love you too. There are some numbers and they will keep on changing as time passes and as they release more projects. So, do not take anything to your heart and keep reading the article to know who is popular currently.

Which Is More Popular BTS Or Blackpink?

The feud between BTS and Blackpink’s popularity is a never-ending topic especially when both of them are globally renowned for their work. Both the groups have always been neck to neck when it comes to their popularity because in some cases one group is at the top, and in some cases the other is. But whatever the case be both the groups are extensive in their own area. So, before we move forward with the whole statistics to see who is currently at the top, we would like to tell you that liking a group is very subjective and whatever we are sharing here is purely statistics and nothing else. We in no manner are trying to be biased because we know both of them are amazing and that is why we are discussing them today. So, do not feel bad or disheartened because as we said this battle is a continuous thing because both of them deliver amazing work making it pretty difficult for us to ignore any of them.

According to the Korean Business Research Institute Blackpink is currently surpassing BTS because of their new single which has been released after a long time and has garnered a lot of attention all over the world and also because they have made their debut presence at MTV VMAs which has made them the talk of the town or I should rather say the talk of the internet and social media. They are the new topic of discussion for their Pink Venom which in turn has managed to bring the girl gang on top which was owned by BTS. But this does not mean that BTS is behind because in terms of followers BTS has broken most of the records be it on Spotify, Instagram, or YouTube. So, if one group is topping in one area the other does not fail to top somewhere else keeping them neck to neck.

Apart from this BTS has managed to receive most of the most prestigious awards and nominations including The Grammys. Blackpink on the other hand is still on its way and it is not wrong to say that they will also stand neck to neck very soon. In terms of MVs BTS does have the most viewed MVs same goes for their billboard charts. But Blackpink is not behind because the moment they release something they trend massively just like what is happening now with their Pink Venom. In terms of endorsements, both of them have amazing and renowned names in their list be it Celine where a member of both BTS (V) and Blackpink (Lisa) was a part, or be it others.

READ MORE: Blake Shelton Net Worth: How Much This Singer Earns?

This boy band is not just for their performance and songs but because of the emotions, they have shared through their songs and videos becoming an emotion for the fans. They have given variety to their fans showing how talented they are. They have not just created famous songs as a group but have also delivered amazing solo albums and songs proving their talent even more. They have been and are still endorsing and have been the ambassadors of some of the most famous brands in the world including Louis Vuitton. They were the first group ever to become envoys of the President of the UN in 2021 after having a successful campaign in the UN called Love Myself with UNICEF in 2018. They even met the US President and Vice President to discuss and spread awareness of Asian Hate crimes. They have also become the official ambassadors of the upcoming World Expo 2030 in Busan, Korea.

Blackpink is an all-girl South Korean group consisting of four girls. The group has been formed by YG Entertainment in the year 2016. Including Kim Ji-soo commonly called Jisoo, Kim Jennie commonly called Jennie, Park Roseanne commonly called Rose and Manobal Lalisa commonly known as Lisa is also a world-famous group and is famous to the extent that they are even called the biggest girl group in the world. Their genre includes a combination of K-pop, hip-hop, EDM, and trap. They have collaborated with famous artists including Selena Gomez and Dua Lipa. The group is not just powerful as a group but is also quite famous for solo albums and songs. They have even set records in Guinness World Records with their song How You Like That. They have also won some of the most prestigious nominations and awards and are called as K-Pop Queens. The group has been the endorser and ambassador of some of the most renowned brands in the world and has also been an active part in climate change action and promoted the UN Climate Change Conference 2021.

Both groups are established and different in their own ways and because of their own talents and individualities. Both have spread their wings in their own areas and have proved themselves throughout. Their fans are the ones who make them popular and that is the reason why BTS and Blackpink are always necks to the neck because they never disappoint their fans and give their best in their performance which we as the fans like bringing them to the top. So, whether you are a Boombayah fan or an ON fan or a fan of both, just keep listening to your favorite one as much as you want and enjoy them to the fullest because they are making It for their fans that is us.