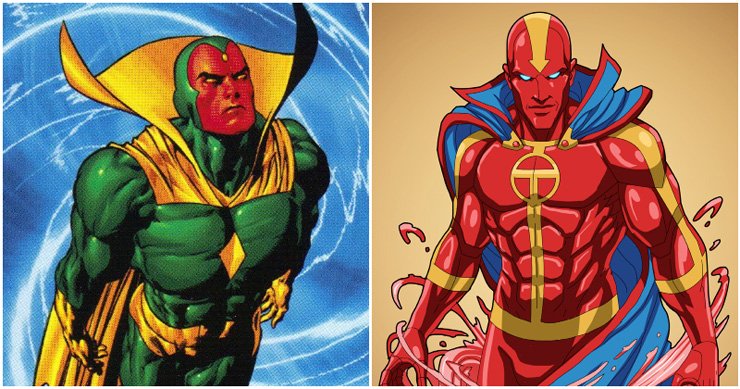 Marvel and DC are one of the best developers out there on the globe. Competitions between the two have been there ever since the establishment of the houses. When Marvel Cinematic Universe presents a series, Detective Comics finds an alternative to counter the market the MCU has opened. This is not something that has just started but had been there ever since the beginning of both the studios. Even though both of them got into the market competing in the comic section, later this shifted considerably towards animated series, movies, and so on. Currently, without a doubt, Marvel and Detective Comics are the top-most movie developing studio and the most successful among others out there in the industry. While Marvel was created in 1933, DC came into the industry just after one year in 1934.

The eight-decade-long competition is currently at its peak where both the studios were able to impress their audience with both innovation and creativity. The distribution of the audience between the two studios has been even however, Marvel managed to take an upper hand in terms of creativity and story nowadays. In the middle, there usually arise some clashes between the two supports. During the designing of new characters by the studios, there may often be some similarities between the newly designed characters and some existing characters from other franchises. These are often considered inspirational moves however, critics strongly condemn the use of the approaches. Furthermore, these characters may have different names and outfits but the powers remain the same. Veterans believe that these usages are unethical and a modified version of the characters destroys the success and hard work of the original one.

Characters Copied from DC by Marvel

Marvel and DC are the most reputed creators without a doubt. The efforts they put into practice demand appreciation. For their contributions to the industry, they were awarded for the hard work that they put into. However, Marvel was always on the back foot when it came to implementing some inspired characters. The best example of this is Dr. Strange, one of the best made by Marvel so far. Unlike Captain American and Iron Man, Dr. Strange created a separate reputation making him quite different from other Marvel superheroes. But surprisingly, Dr. Strange is nothing but an inspired character from Detective Comics named Doctor Fate. Marvel managed to refurbish the character by placing it in a different storyline making it more appealing to the audience.

Deadpool one of the commercial hits developed by Marvel is also identical to the DC’s character named Deathstroke. Even though this is under debate, Deadpool is an upgraded version of Deathstroke. The vision of the Marvel Universe is the identical twin of Red Tornado from the DC World. It is clear as water that both not only resemble in terms of outfit but also in their powers. Thanos from Avengers infinity war and end game has a special position in our hearts. The giant figure with an emotional mindset attracted many toward Thanos. However, it was nearly three years back before Marvel introduced Thanos DC came up with Darkseid. Hulk is yet another inspirational character adapted form of Solomon Grundy of Detective Comics.

Characters Copied From Marvel by DC

While most of the characters were inspired by DC by Marvel, the opposite did occur. However, the attempt to present a refurbished version of characters from Marvel ended unsuccessfully after. One such example of this was Imperlex. Imperlex was tried out to present an improvised version of the Fantastic Four character Galactus. But Imperlex failed to prove its ground and ended up being unrecognized. The Wasp was a character introduced by the Marvel Universe.

DC replicated this character and turned it into Bumblebee after thirteen years. Finally, the might Cyborg is one of the strongest characters and people’s favorite from the Justice League. While Marvel in the year 1974 tried out a character called Deathlok, DC came up with a similar character named Cyborg. When Deathlok went unnoticed, Cyborg began a sensation, especially in the movies.

Who Copied More Marvel Or DC?

In conclusion, both Marvel and DC tried to modify each other’s characters and uniquely present them. But Marvel Cinematic Universe remained at the top for making use of them successfully. They reorganized each character and gave it a convincing yet attractive storyline where the people felt more towards them. On the other hand, it is sad that DC failed to capture the attention of this same approach. It is crystal clear that Marvel had copied more from DC which is approximately twelve to fifteen characters. On the contrary, DC copied up to six or seven characters but most of them were not successful.