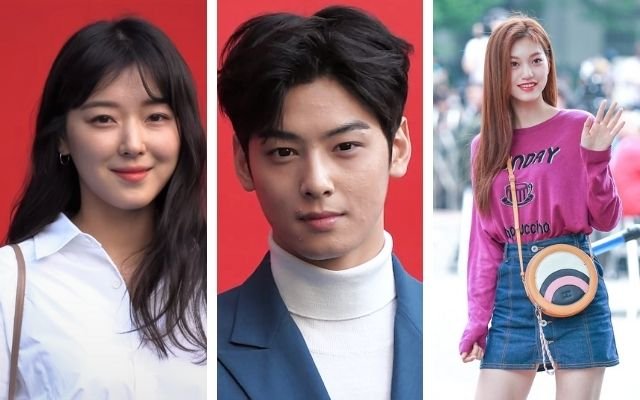 One such Korean celebrity is Cha Eun-woo who is a member of ASTRO since 2016 as well as an actor and a model. He is popular for his amazing acting and visual skills. This charming personality rules over many girls’ hearts who consider him to be an ideal man. Many girls are desirous of making him their boyfriend.  Being a popular personality many peoples are interested to know the relationship status of this Korean sensation. The 24-year-old is not very open about his personal life and is frequently asked if his dating anyone or not. Their relationship status is not clear to his fans and they keep looking for information to know whether he is single or not. They have been many rumors about his relationships all of which have been proven to be baseless most of the time which leaves his fans in confusion about his relationship status. Well, worry not, because all the information that we have presented here is purely authentic and does not include any rumors.

So let’s dive deeper into his life and know all about his relationship status.

Who Is Cha Eun-woo’s Girlfriend?

First of all let us answer the question, about which this whole article is centered around. The answer to this question is that no Cha Eun-woo is not dating anyone and is single. The actor, singer and model is currently living a single life and has not publicly dated anyone. According to the sources he had promised his father that he won’t date anyone during his high school days. He himself revealed this fact during an interview in 2018. He revealed that he did not have permission to date while he was studying in the university.

Although, he had said that he won’t be dating anyone until he complete his studies but there is a surprising element. The 24-year-old revealed that when he was a trainee under Fantagio Entertainment, he had a girlfriend. He is not dating her anymore. The relationship hard to be haunted because he got busy making the name for himself. This is the only information that he has revealed about his past relationship. The Identity of his ex girlfriend remains hidden till date.

ALSO READ: Who Is Amie Walker? Is She Paul Walker’s Half-Sister?

On being asked about his type, the actor says that he would like to date someone who has the same hobbies and interests as him and someone who can make him feel comfortable. Some other qualities that you would like to have in his partner is that she should be easy to laugh with, must be elegant and wise. In an interview, he revealed that Shin Min-ah is his ideal type. Apart from Shin Min-ah he also likes Bae Suzy.

In 2021 while talking about his personal life in one of the programs, he imagine his life with his future partner and got emotional while talking about it. He revealed that he wants to get married and settle but it’s hard for him to find someone who can share things with him. He wants to spend his life with someone, who would see him beyond the celebrity that he is and would accept him for all his imperfections.

It is very clear that he is neither in a relationship nor is he married yet but is looking for a suitable match so that he can get married and settle down. Hope you enjoyed reading about him! This was all about his love life! We wish him the best of luck in finding a suitable partner.