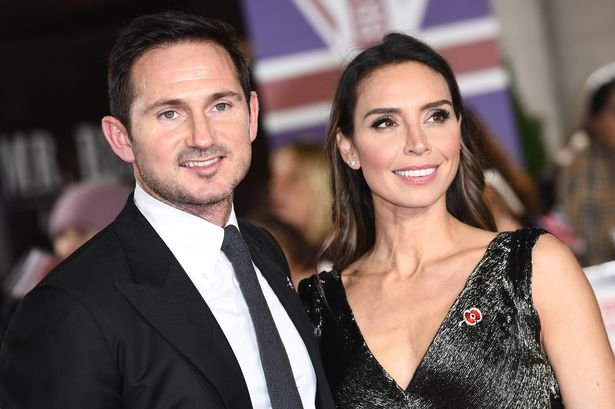 Frank Lampard is a name that most people and sports lovers specifically football lovers are familiar with but do you know who is his wife and with whom he is sharing his life and kids? If you are curious to know about his wife and about her life then let me tell you that you are on the right page because we will share and answer all the things you might be wondering about Fran’s wife. So, without taking any more time let me introduce you all to his wife further in the article. So, start reading.

Who Is Frank Lampard Wife?

Frank Lampard’s wife is none other than Christine Lampard who you might have seen a lot on Tv and would have heard her voice on podcasts and radio. She is a broadcaster of Northern Irish origin who was born on February 2, 1979. She has been a part of several renowned shows like The One Show, Daybreak, Dancing On Ice, This Morning, Off The Beaten Track, Loose Women, and many more. She is also quite a popular personality on social media where she keeps her followers updated with everything she is doing and taking part in.

READ MORE: How Much Is Coley Laffoon Net Worth?

Christine Lampard, the radio and Tv presenter was born in Newry and grew up in Newtownards. She has a sister named Nicola who is younger than her. Her career in Tv started at a young age when she was in Bloomfield Collegiate School studying for A-levels. She started as a runner and eventually became a floor manager. She was studying Political Science at Queen’s University, Belfast but did not complete her degree and instead started working full-time for TV. When she was studying at Queen’s she was working at BBC NI. Apart from this, not much is known about her family or friends as she has kept it private.

In terms of her personal life, Christine dated player Curtis Bowen when her career on Tv started but soon after both of them broke up. Then she started dating Christian Stokes, a restaurant owner, and they both got engaged as well but that didn’t last for long. She then went into a relationship with Mark Beirne for some time. In 2009, she started dating the famous English footballer, Frank Lampard. Both of them got hitched in 2015 and both of them are parents to Frank’s two daughters from his previous marriage. In 2018 the couple welcomed a baby girl followed by a boy in 2021. Apart from the happy family that she is sharing with Frank Lampard, she is also known to be involved in charitable activities. She is the ambassador of The Prince’s Trust in Northern Ireland. She also participated in several events to raise money like participating in a water skiing challenge for Sport Relief, she ran a 5km run for Cancer Research UK with Heidi Range and Roxanne Pallett. She is also a part of Sparks Children’s Charity. She had been a host for Charity’s winter ball too alongside Jon Culshaw.

Christine Lampard has had a pretty lucrative career throughout her life and has been famous for that till now. She has worked for BBC Northern Ireland. Followed by ITV for a four-year contract. She then moved on to work on UKTV where she was the co-presenter of Celebrity Haunted Hotel Live. This was followed by her taking part in Strictly Come Dancing where her partner was a famous dancer and choreographer Matthew Cutler. She has also worked on the radio as a newsreader and presenter.

Christine then made a cameo in movies which were Divorcing Jack and A Turtle’s Tale: Sammy’s Adventures where she lent her voice to Sandra. Apart from these, she is the director of the company set up by her called Chrisola Entertainment Ltd. She also judged the Pride of Britain Awards. In 2010 made a debut in stand-up comedy at Comedy Gala on Channel 4. She has also been awarded the prestigious award of Top Tv Host in 2010 at Cosmopolitan Ultimate Women of the Year Awards. She is a well-known and recognized personality in the media industry because of her work and charisma.

Now since we talked about Frank Lampard’s wife Christine, we cannot end the article without talking about him a little. So let me tell you about him in brief, though he does not need an introduction as he was and is still considered to be one of the greatest players of Chelsea. Frank James Lampard was born on June 20, 1978, in London and is a former football player and now a manager of the Premier League club Everton. He is the owner of recording the most goals by midfielder and the highest number of goals outside the box. He comes from a family who has a history of playing football or being connected to football. He has written children’s books in relation to football. He owns a lot of prestigious honours that he has received throughout his life, making him one of the most remembered and respected players in football.

READ MORE: Roominate Net Worth and Everything That You Want To Know