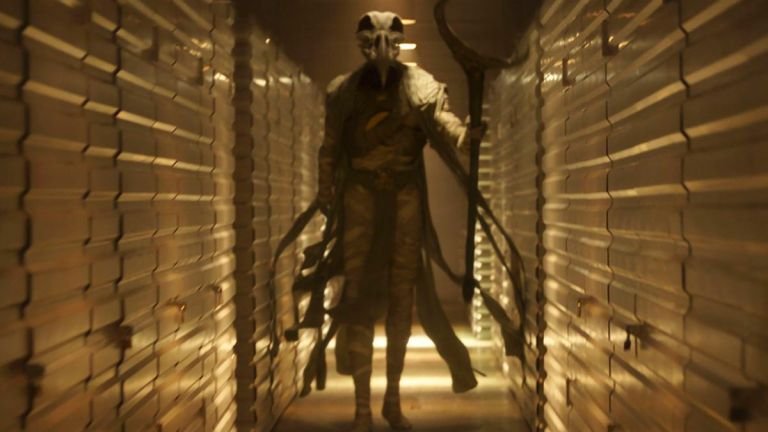 For the casual Moon Knight viewer, the name Khonshu may not be immediately familiar. He isn’t an immediately recognizable god in Egyptian mythology. Unless you’re a huge Moon Knight fan, he doesn’t necessarily register in terms of Marvel characters. Fans will immediately learn that this ominous Egyptian god plays a key part in Moon Knight after viewing the entire series. Khonshu, the MCU’s god, has a long history as an Egyptian divinity as well as a Marvel comics god. But who is this mysterious figure? Here’s everything you need to know about Khonshu, Moon Knight’s most powerful god.

Who Is Khonshu In Moon Knight?

Ra, the gods’ king, is said to have had a son named Khonshu. That gives him a significant amount of power. Steven Grant discusses the Egyptian mythological Ennead in the first episode of Moon Knight. Although there were several Enneads or groups of nine gods, the Great Ennead of Heliopolis was the most important. Many of the gods we associate with Egyptian mythology, including Ra, Osiris, Isis, and Seth, were members of this Ennead. Khonshu, on the other hand, is absent from this list. However, just because Khonshu isn’t included in our current knowledge of Egyptian gods doesn’t mean he wasn’t important in Egyptian mythology.

Khonshu is the god of time and the moon, as one might expect. He also personifies the crescent moon, which is appropriate for his role as Moon Knight’s patron god. Khonshu emerged as a beneficent god, a god of growth and fertility, in several legendary legends. In some tales, though, he commanded malevolent powers that might damage humans at his command. Khonshu was a changing Egyptian divinity, much like the moon, which passes through various phases.

It’s easy to see why the figure is often described as Marvel Comics’ equivalent of Batman. Both characters are vigilantes on their planets, and they have a habit of thrashing any criminals they come across late at night. However, there are some significant distinctions between Moon Knight and Batman.

What Is Khonshu The God Of?

The Egyptian god of the moon and travelers, he is Marc Spector’s patron deity following his original death and is responsible for giving him his abilities to become the vigilante known as Moon Knight. Despite this, however, he is not afraid to manipulate or put him in harm’s way, alongside doing other actions many would see as morally questionable, if not downright villainous.

What Are The Powers Of Khonshu?

Khonshu possesses the Enneads (Heliopolitan gods’) traditional abilities, such as:

Will Marc and Steven Free Themselves of Khonshu?

While Marc Spector embraces his dissociative identity disorder as a crucial part of himself in Moon Knight Episode 6, it also reveals how Khonshu exploited his affliction. The Egyptian God wormed his way into the dying body, and once inside, he discovered a shattered mind vulnerable to his schemes. Khonshu formed distinct bonds with each persona and used them against one another. He is ensuring that he will never be kicked out.

Layla warned Marc and Steven that they had a choice when it came to delivering the deadly blow to Harrow. Their independence from Khonshu was revealed by their choice. They didn’t need Khonshu’s permission to grant themselves freedom. Khonshu only fled because he knew he had Jake Lockley (and possibly others) in his pocket. Marc and Steven will have to address their master more forcefully whenever they reappear. Marc, Steven, and Jake face Khonshu and reject his authority over them in the Greg Smallwood/Jeff Lemire comic book series that largely impacted Moon Knight‘s first season. This appears to be the next step in the MCU evolution.