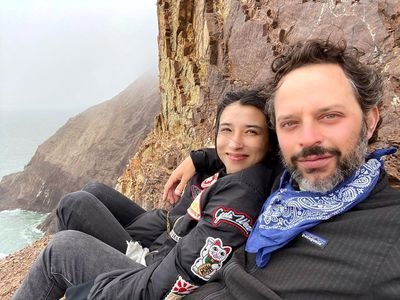 Born on June 5, 1978, Nick Kroll is an American voice artist, writer, producer, and actor. He was born in Rye, New York. His parents are Lynn and Jules Kroll. The interesting fact about him is that his father is a billionaire! He is a businessman who laid the foundation of Kroll Inc., which is a corporate investigating and risk consulting firm. Kroll has two sisters, Vanessa and Dana, and a brother, Jeremy. He belongs to a conservative Jewish family.

Kroll completed his graduation from Georgetown University in 2001. He is a history major with minors in art and Spanish. But, over time, he became more inclined toward media studies.

Kroll started his career writing for Comedy Central’s Chappelle’s Show and MTV’s Human Giant. He has studied and also regularly performed at the Upright Citizens Brigade Theater in NYC and LA. Taking a step ahead in his career, he has also co-hosted the stand-up show Welcome to Our Week with Jessi Klein.

He is popular for creating and appearing in shows like the series Kroll Show, Hello Show, The Oh, and the FX comedy series The League. He is also popular for his appearing in and co-creating the animated Netflix series Big Mouth.

Apart from these, he has also acted or worked as a voice artist in movies like The House, Adult Beginners, Sausage Party, Operation Finale, The Secret Life of Pets 2, Loving, Sing, Captain Underpants: The First Epic Movie, Uncle Drew,  and The Addams Family.

He also won various awards like the Denver Film Critics Society Award for Best Acting Ensemble in 2009, for I Love You, Man; Annie Award for voice acting in a feature production for  Captain Underpants: The First Epic Movie, in 2017; Primetime Emmy Award in

Outstanding Animated Program for three consecutive years in 2019, 2020, and 2021 for Big Mouth; Gotham Award in breakthrough series in long form for Big Mouth in 2018 and People’s Choice Award in Favourite Sketch Comedy TV Show in 2015 for Kroll Show.

ALSO READ: How Much Trevor Noah Earned From The Daily Show?

Who is Nick Kroll Dating?

Talking about his relationship status, Kroll is not dating. Rather, he is married to Lily Kwong. He met her in 2018 and both of them exchanged vows in 2020. The couple has a son named Leo in January 2021.

He had his dating history with Amy Poehler, who is a comedian and an actress. They both started dating in May 2013. The couple, however, ended things in 2015.

Nick’s wife Lily Kwong is a very talented personality. She began her career in 2007. She caught the eye of a modeling scout from where she started her career. She traveled to different places for her projects as a model which kindled her desire to explore more cities across the world.

She graduated from Columbia University in 2012 with a bachelor’s degree in urban studies. She is a nature lover and has done some remarkable work in this field.

With the vision to make this world a better place, Lily started Studio Lily Kwong to encourage people to stay more connected to nature. She significantly focuses on sustainability efforts and has completed landscape projects for various popular brands. Her work has been featured in multiple popular publications like Forbes and Architectural Digest.

Lily also ardently wishes to inspire people to live a more sustainable life which is why she has also started Freedom Gardens, the motive of which is to encourage people to grow food.

Talking about how the couple started things, they met on a dating app Raya. Nick was in Los Angeles and Lily was in New York. They casually chatted for a long time and didn’t meet each other. They, later on, met in New York and liked each other very much. It was after their first meeting that things progressed between them.

They dated for around two years and later on got married in Big Sur, California, in November 2020. It was an intimate wedding ceremony. Just after a few days of being married, the couple announced that they were pregnant.

On January 21, 2021, the couple was blessed with a baby boy whom they named Leo. The couple has posted several pictures with Leo but they make sure to hide his face.

ALSO READ:20 Adultery Movies On Netflix: Stream With Your Headphones On!