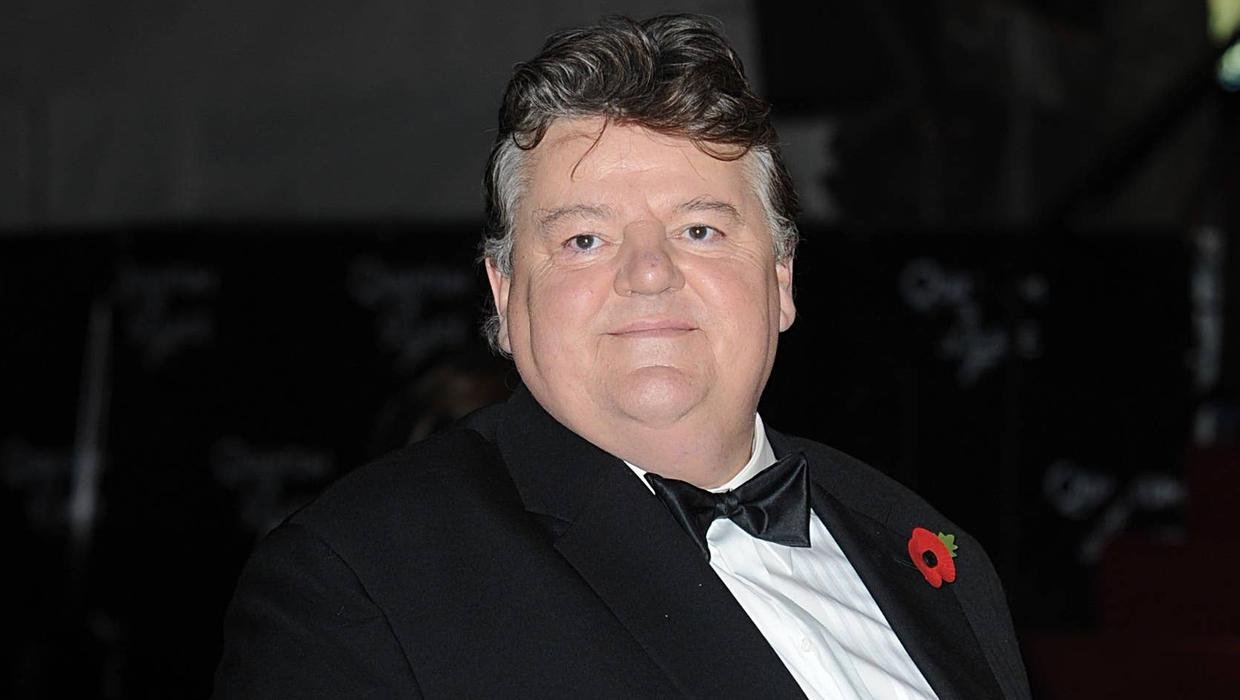 “Mad and hairy?”YOU GOT IT! The famous character of Rubeus Hagrid from the best fictional series of all time, Harry Potter. Harry Potter without Hagrid seems impossible. Unfortunately, Hagrid left us all with a beautiful image of him in our hearts. Robbie Coltrane was the perfect match for the character of Hagrid. Anthony Robbie Coltrane was an actor and comedian of Scottish origin. He was born on March 30, 1954, and took his last breath on October 14, 2022, at a hospital in Scotland, Osteoarthritis was the cause declared by his near ones. The actor was well known for his role in Harry Potter and in the series James Bond.

Seeing his excellency in the art of making people laugh and his perfect acting in various dramas, he was honored with one of the highest positions, Queen Elizabeth II, which made him The OBE, the most honorable achievement in the field of arts and drama. The actor was known globally for a positive depiction. He was awarded numerous prestigious awards including Peter Sellers Award for Comedy, Evening Standard British Film Award, Broadcasting Press Guide Award for Best Actor, the Royal Television Society Award, Broadcasting Press Guide Award, and many more in the queue and he was also esteemed at the British Academy Scotland Award, for his unparallel and outstanding contributions to the film industry.

The movies we see today, involving Robbie seem incomplete without his role, the actor-comedian played a major role in making a series or a film a real success with his hard work and dedication. The characters played by him have a huge fanbase, and he will be deeply missed by everyone. For knowing about his life and family stay connected and continue reading the article further!

Pouring the limelight on his real life, his net worth was over 4 million dollars, excluding his lavish mansions and luxurious cars. Robbie was born in Scotland, his mom, Jean Ross Howie, was a teacher and a pianist at school, and his father, Ian Baxter McMillan was a surgeon in the forensic field and worked with the Scottish police department. Robbie was also known as Big Guy among his friends as he was a very joyful and kind-hearted person. He had two siblings, both sisters, one elder named Annie and a younger one named Jane. He tied the knot on 11 December in the year 1999 with the sculpture artist, Rhona Gemmell. They both had two children, Spencer and Alice, before their marriage, Spencer in 1992 born whereas Alice was born in the year 1998.

Unfortunately, the couple divorced sooner than expected, in the year 2003. He loved both his children very much and in an interview said that he is a proud father, he even claimed that he had done an exceptional job at parenting. His elder child, Spencer, is not in the film industry, he preferred a personal life more, and hence much information about his whereabouts is not known. On the other hand, his daughter Alice stepped up in Hollywood, she appeared in a 2016 series that is better known as Outlander, and she also got the opportunity to play the lead role in the movie “The Souvenir”, besides this she was also seen in Roadkill, The Hitsman Bodyguard and many more films. The actor died on 14th October 2022, leaving everyone in demise. The role he played and his character will always live in the hearts of his fans and co-workers.

Robbie descends from a family with a business background, his great-grandfather was a Scottish Businessman. He went to Belmont High School, which was in Newton Mearns, after his schooling he went to Glenalmond College in Perthshire, where he was an active rugby player and won prizes for his art and also for social debates. After all these achievements also, he said his journey was not so happy at the school as his fellow mates used to mock him, saying that his accent resembles that of Prince Charles. For his further education, he opted for Moray House College of Education in modern-day Edinburg. He was also involved in social debates, he took part in one such debate and raised his voice in the support of banning private schools. He was involved with the Campaign for Nuclear Disarmament, the Labour Party, and also Amnesty International Greenpeace.

Robbie started his journey in the acting field during his early twenties, he started with roles in theatre, John Byrne gave him the first opportunity to appear on the stage in his drama named The Slab Boys which was performed at The Traverse Theatre in Edinburg. He was also very talented in the areas of writing and in 1993 he co-wrote the episode Jealousy for series 5.

He played significant roles in the theatre, A Kick Up The Eighties, The Comic Strip Presents, Alfresco, and the list goes on. In 1980 he appeared in the movie Flash Gordon, due to his passion and talent for acting, he was later offered roles in uncountable movies, naming a few of them, Death Watch, The SuperGrass in 1985, Defence of relm, 1985, Cracker, a TV Series of 1993, The Young Ones, Tutti Frutti in 1987, he played Samuel Johnson in the movie Blackadder The Third in 1987, Nuns on the Run in the 1990s, he appeared as the pope in The Pope Must Die, he won the BAFTA Award for his role in the movie Cracker, he was also seen in Mona Lisa and the Neil Jordan in 1987, he also appeared in  Kenneth Branagh‘s adaptation Henry V in the year 1989, further, in 2008, he appeared in the movie The Brother’s Bloom, Ocean’s Twelve in 2004, a comedy drama Let It Ride in the year 1989,  Mike Newell‘s Dickens film adaptation in 2012, the life-changing role came into his life in 1995, when he offered to appear in the James Bond, Golden Eye, From Hell and of course Harry Potter, he agreed for Harry Potter immediately. He also presented a show Coltrane’s Planes and Automobiles, in which he was seen playing with the Automobile parts.

In 2006, he was voted among the top rankers in ITV’s Awards, In August 2007, he traveled from London to Glasgow, depicting a series called B-Road Britain. To sum up, his life in his career was glamorous, without drawing unnecessary publicity, and was full of success and fame.

Firstly, talking about his life with his lover Rhona Gemmell, they both met each other when Rhona was pursuing her college, Robbie’s career was taking a hike at that time. They both dated for a few years and tied the knot in 1999. Rhona was a Sculptor and a pilates teacher. She worked in the studio giving pilates training and maintaining proper health. She also received many certificates in Body Control Master Matwork.

Robbie loved his two children, he took up the role of Hagrid at the request of Alice and Spencer. Though he was unlucky in his married life, he was a great father who was immensely loved by his children. After the death of Robbie, she talked in an interview, praising Robbie for the kind of person he was and also she counted his achievements and how good he was at being a father to their children. She also talked about his world record and various other prestigious awards.

Questions And Answers Related to the Life of Robbie

Anthony Robbie Coltrane was the name given to him by his parents. He took up the stage name as Coltrane as he was inspired by a jazz saxophone artist named John Coltrane.

His net worth was counted above 4 million dollars, which did not exclude his huge mansion and other cars and properties he owned, after his death, everything is passed to his children.

3.) Did Robbie marry again after his divorce?

No, he did not remarry anyone after the divorce from his ex-wife. He focused mainly on his career and got busy in the roles he was offered.

4.)What was the cause of death of Robbie?

It was revealed by the doctors that Osteoarthritis is the cause of his death, he was ill and suffering for the past two years.

Robbie Coltrane was one of the most loved actors of all time, his work has been inspirational. He was a character full of positivity and joy. He worked for around 30 years in the film and theatre industry, earning huge respect from everyone. He never had a “bad celebrity” phase in his long-running career, there was never a negative image of him in the eyes of his fans and other viewers.

His co-workers expressed how deeply they miss him, everyone attended his funeral with tears in their eyes. Concluding the article here and hoping it satisfied the questions of the reader. For more news and the latest update stay tuned to our website.

READ MORE: Who Is Jess Brolin? What Is The Mystery Of His Life?