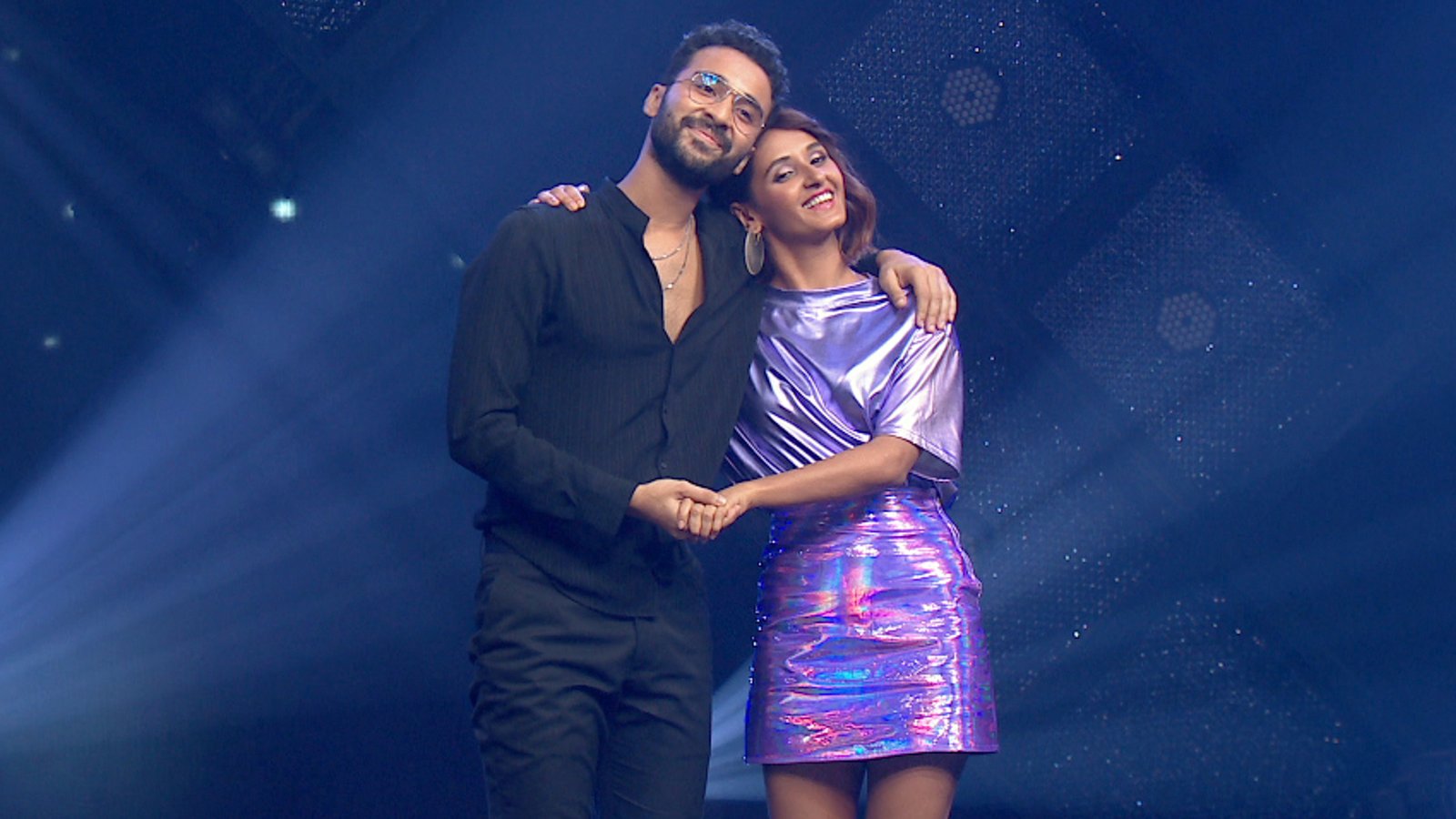 Shakti Mohan, a well-known dancer, and choreographer is being highlighted every now and then because of the rumors of her love relationship. The rumors aired that she is in a relationship with a famous dancer, host, and also a television actor Raghav Juyal, BUT BUT BUT,  these are rumors, let us dive deep into the article to know the real thing.

Starting with the early life of Shakti, she is a Delhi-born girl. From childhood, she was very creative and showed a keen interest in dancing. Neeti Mohan, Mukti Mohan, and Kriti Mohan are her three siblings, who are also artists. While she was growing up, she did not think that she would be going in dancing, but dancing was what her fate had decided for her. She had the wish to be an Indian Administrative Service Officer and serve our nation but also modeling and dance attracted her, she decided to pursue her career in dancing, initially, she joined the modeling industry and worked for a few brands. In 2009, she was admitted to Terrence Lewis Dance Foundation and also earned an esteemed certificate, she then pursued further studies from the same.

Shakti is a glamorous star in the choreographic industry, her first major success was winning the most prestigious dancing show in India, that is Dance India Dance, which she won in season 2 of the show.

She is also an inspiration for those who leave their goals due to the fear of failure, Shakti Mohan faced an accident when she was young, it was a serious one that damaged her waist and leg, doctors told her parents that it is almost impossible that she might walk again, but with her parents along and strong will power, she got perfectly fine and started to walk again, she completed her studies and further step a foot in the dancing industry.

After winning Dance India Dance, she became a famous television personality and was given the lead role in Dil Dosti Dance. She also gave her choreography in a few movies, some of which are, Shamshera and Padmavat. Her television career also took a hike, she was also seen in some music videos, namely, “Kanha Re” in 2018, “Aakhri Baar” in 2019, “Akh Lad Jave Nritya Jam” in 2018, “The Chamiya Song” in 2019, “Kamli” in 2013, “Saaton Janam” in the year 2020 and “Mud Mud Ke” in the year 2022. She was also a finalist in the dancing show “Jhalak Dikhla Jaa” in 2014. Recently, she was a judge in the show Dance Plus.

She was also honored with the position of judge in a Singapore Dance show. Her achievements include creating a brand of her own named Nritya Shakti. Other television shows featuring Shakti Mohan are Nachle Ve with Saroj Khan as a contestant in the year 2010, Ek Hazaron Mae Meri Behna Hai as Kriya in the year 2011, Channel V Footloose,2011, Preet Se Bandhi Ye Dori Ram Milaayi Jodi,2011, Dance India Dance 3, 2011, Boogie Woogie, Punar Vivah-Zindagi Milegi Dobara and Mae Lakshmi Tere Angan Ki in the year 2012, she was also invited as a guest in the famous comedy show hosted by the one and only Kapil Sharma in 2014, she also appeared as a judge in Thank You Maa, Dance India Dance Super Moms, and Dance Singapore Dance in the year 2015 and the list goes on.

Who is Shakti Mohan’s Boyfriend?

Shakti has been in the limelight for rumors of her relationship, initially, she was rumored to have a love connection with Kunwar Amar, who is an Indian dancer and choreographer, with a specialty in the contemporary field. They were on Dance India Dance and had several performances together, and from there some people put a false thing in the air about their relationship. Seeing their intimate dance performances, people thought that they might be love birds, BUT it was nothing like that.

They both do admire each other’s dance and respect each other’s art, they both had several interviews together, and not even in a single one they hinted at any love connection. They both were just good friends and nothing more. Kunwar supported her during the calender launch and was always behind her like a good friend. He said in the media how proud he is of Shakti, as being a girl she made a big career out of dance. Shakti was also seen excited about Kunwar’s performance at her calendar launch. In the same interview, Shakti addressed a girl named Charlie, which was that time Kunwar’s love, so all the rumors sparking about Shakti and Kunwar make no sense and are just put forward by people with incomplete knowledge of the subject.

Another famous gossip we hear about Shakti’s relationship is with Raghav Juyal. They both are good friends from the show Dance Plus. Raghav was the host of the show and Shakti was seen as the Judge. Shakti Mohan said in an interview that she sees Raghav Juyal as her” BEST FRIEND” as he was always there in her hard and smooth times. Shakti expressed that she feels comfortable sharing everything with Raghav and how he has become a reason for a smile on her face. Though Raghav was seen flirting with Shakti on screen during the show that was on screen, there is no hint that they both are dating in real life, what we see on television is not always the reality, sometimes the lines they speak are all scripted, fans cannot assume from their chemistry on television that they are a couple and in love with each other. Neither Raghav nor Shakti gave any official statement regarding their relationship, they both known each other for a long and consider each other as their best friends.

Recently a rumor aired that Shakti Mohan said in an interview that she loves Raghav, to make our audience clear, there is no such thing. When Shakti was asked by a fan about her’s and Raghav’s relationship, she answered that she has cleared many times that they are just friends and nothing more, she expressed that people like her and Raghav’s chemistry and therefore take the friendship in another direction, which is not true.

Raghav is dating a Swedish girl named Sara Arrhusius, whom he met on a trek in 2018. Only their close circle knows about their relationship and they decided to keep their connection low-key. There was no news of Raghav and Sara breaking up! Henceforth the rumors about Raghav and Shakti are not true at all. Moreover, Shakti had cleared all the rumors airing about her connection with Raghav saying that they both are good friends. There are fans who want the couple to be together and some of them even believe that they are together but sorry to break it to you there is nothing like that, we cannot assume anything unless there is an official statement released by Shakti Mohan or Raghav Juyal.

Shakti Mohan is a very talented personality, she is a self-made girl and one of the best dancers and choreographers in the industry. She is well-known for her work in some of the hit movies. After facing numerous difficulties, she shined bright. Talking about her relationship status, there is no official statement released by her. As per her statements she has no boyfriend and is focused on her work. The stars work with many people of the same and opposite gender but that does not mean they are boyfriend-girlfriends, it cannot be assumed by seeing them on TV that they are having some love connection. SO WE HAVE TO WAIT UNTIL THERE IS AN OFFICIAL STATEMENT AND MAKE NO ASSUMPTIONS regarding the same. For more news and the latest updates, stay tuned on our website.