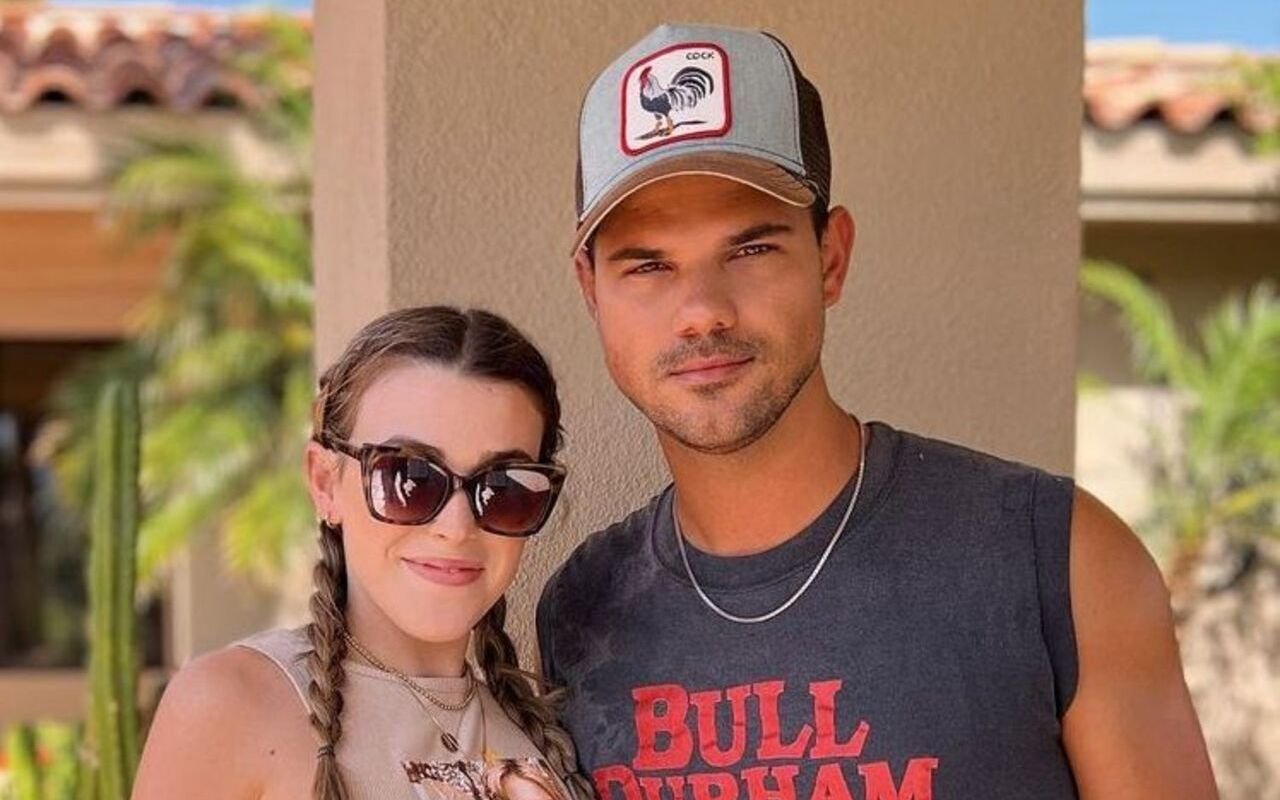 Jacob from Twilight who has been in the hearts of many is engaged and taken and is soon going to be married to his long-time girlfriend and fiancé. The proposal has already kept us on our toes because of how magnificent and special it looked (a dream proposal) and we all pretty much cannot wait anymore for them to get married and share the same name completely as Lautner himself shared that her soon to be wife wishes to do so.

But before all this happens, we are pretty sure that you might be curious to know everything about his soon-to-be wife. And thus we decided to not spare any more time and give you all the updates on her so that you know who your favourite star is going to spend his life with. Did I tell you that we will also share how they met? Well, if you are curious to know everything then start reading now.

Who Is Taylor Lautner Wife?

Taylor Dome (name of his wife) soon to be Taylor Lautner has been quite private about her personal life given she is in a relationship with one of the heartthrobs of the industry. But still, we are going to share everything we can with all of you who are fans of Taylor Lautner and would like to know all bout his soon-to-be wife. She is a registered nurse in California. She was dating Taylor while completing her studies followed by graduating as a nurse in 2019.

Dome also thanked Lautner for all the support that he gave to her publicly on her Instagram. She also shared how he actually helped her by quizzing him and in all other ways. Well, she is not just a designated nurse but also a pretty famous influencer who specializes in mental health and self-care. She is a self-care and mental health advocate and even owns her own website called LEMONS by Tay which is based on mental health. She started this website in January 2022. In the blog, she shares products that can help in self-care and also gives advice to people. She has quite a huge fan following on all her social media platforms which include her YouTube channel, and, Instagram.

A Little More To Know About Taylor Dome

Much is not known about Taylor Dome’s personal or early life as she likes to keep it private but she keeps on sharing how she spends her life through her YouTube videos and vlogs. But let us give you some details that we have gathered about her. Dome completed her nursing at the College of The Canyons in Santa Clarita. She is an animal lover and has a separate account for her pets Remi and Lily. She was born on March 17, 1997, in California and was brought up in Malibu. She is a traveller and loves travelling which is very much evident from her pictures and the documented videos that she shares with all the fans that follow her. She is a pretty popular influencer and has worked with famous brands like FLO Vitamins, Revive Super Foods, and many more.

How Did Taylor Lautner And Taylor Dome Meet?

One of the biggest questions that you must be having that how did both of them end up together and who was the cupid who helped them meet. Well, let me elaborate on this whole topic. The cupid who helped both Taylors to meet each other was Lautner’s sister Makena Moore. As Lautner shared in an interview his sister just called him up and said that she has found his future wife and he needs to meet her. His sister used his love for games to bring the lovebirds together and we can pretty well see that her plan worked well and her prediction as well of Dome being his wife.

Was Taylor An Edward Fan Or Jacob Fan On Twilight?

Taylor Dome knew who Lautner was because she has been a fan of the Twilight series and you must be thinking that she would definitely be on the Jacob Team but let me break that right now because she is not. She has always been on the Edward Team as shared by Lautner himself on The Kelly Clarkson Show. She herself also shared about this on her Instagram when she participated in the trend show your childhood crush and then the person you ended up with. And let me tell you that Lautner does not have any problem with that.

Taylor Daniel Lautner or Taylor Lautner by which he is known popularly is quite a famous name and does not need any introduction but let me give you some. He is an American actor who became quite popular through his role in the Twilight series as Jacob Black. He was born on February 11, 1992, and his career started by acting in comedy series followed by some major series roles like New, Scooby Doo. He then started getting roles in films and with that started getting attention and a fan following. As he appeared in Twilight, he gained the maximum attention for his looks which even landed him in the second rank on Glamour Top 50 Sexiest Men of 2010 and also became the highest paid actor in that year.

Lautner is known to be very fitness conscious and quite active as he practices Martial Arts. He was known to be in a relationship with Taylor Swift when he was filming for Valentine’s Day followed by Lily Collins, Marie Avgeropoulos, and Billie Lourd. And finally, he found the love of his life, Taylor Dome, to whom he is going to tie knots soon, and then both will share the same name and surname and we cannot wait for that day anymore when they will share their lovely wedding pictures, and their life together, right?