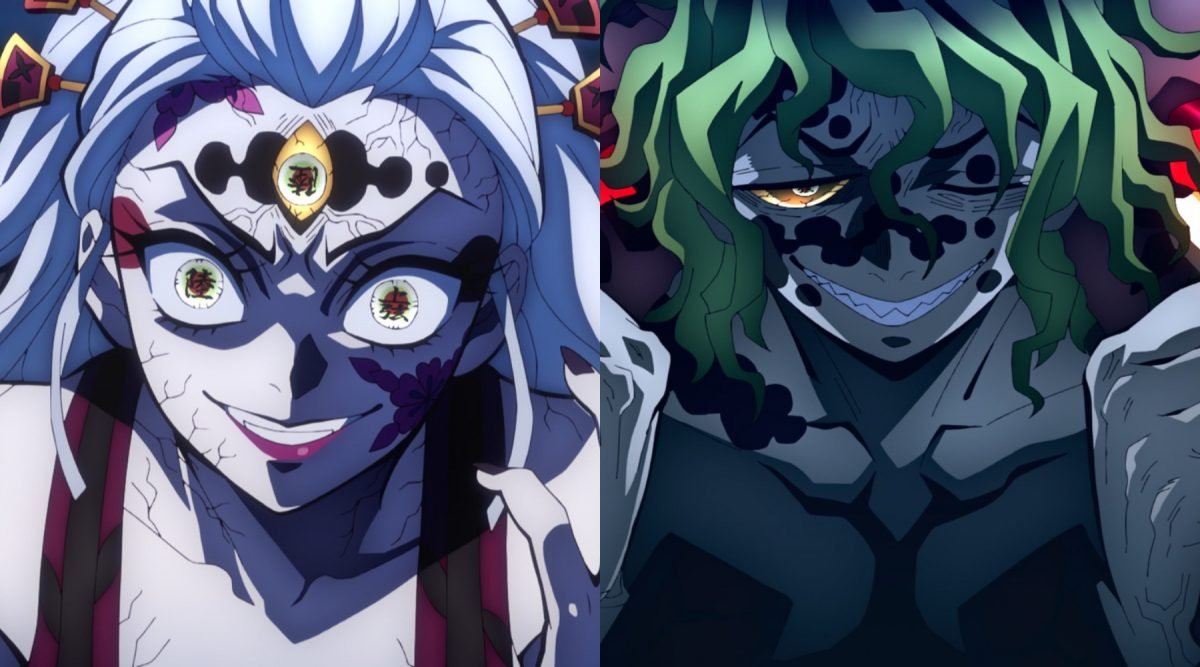 It’s not been so long since Demon Slayer: Kimetsu no Yaiba season 2 concluded, and all the fans are already curious about some of the scenes. I guess it’s nothing new, being in anime fandom you all must be eager to talk about your favorite characters, their past, and many more things. So for all the anime audiences, I am back with another article to tell you about a character who is actually behind the Gyutaro and Daki murder. But first, if you haven’t watched Demon Slayer yet, no worries, read this article to learn more about the series.

A Japanese manga series Demon Slayer illustrated and written by Koyoharu Gotouge. The manga series was serialized in the magazine named Weekly Shōnen Jump by the publisher Shueisha. The series ran from February 15, 2016, along with 23 volumes it wrapped up on May 18, 2020. In Viz Media, the series was published in the English language. Under the studio Ufotable, the anime series is adapted from the manga series by the same name on April 6, 2019, along with 2 seasons which comprise 44 episodes together, series broadcast on networks GTV, Tokyo MX, KTV, GYT, Fuji TV, and BS11 and finally concluded in 2022 on  February 13. For international broadcast, the anime series is licensed by Madman Entertainment, Aniplex of America, Anime Limited, and Muse Communication. The anime series is written by Ufotable whereas Haruo Sotozaki has directed the series. The series is produced by Hikaru Kondo, Masanori Miyake, Akifumi Fujio, and Yūma Takahashi while Yuki Kajiura and Go Shiina have composed music. Are you desperate to know who Killed Gyutaro and Daki? Keep scrolling then!

Is Demon Slayer Worth Watching?

Demon Slayer manga and anime has a kind of refreshing and addictive storyline, and it’s not wrong to say that it has attracted a great number of audiences across the globe. Keep reading to know the storyline of Demon Slayer. The storyline of Demon Slayer follows the life of a boy named Tanjiro Kamado, who wants to become a demon after his younger sister named Nezuko turned into a demon and his family was slaughtered. The series has gained much popularity among the fans of anime series and even got a rating of 8.7 out of 10 by IMDb.

Who Killed Gyutaro and Daki?

Gyutaro and Daki were siblings. Gyutaro was the major antagonist of the series Demon Slayer, whereas he was also a member of Twelve Kizuki and a true holder of Upper-Rank Six. Despite all that he was an elder brother of Daki. Whereas when we talk about Daki, after becoming a Demon, she grew up strong. She was also strong enough to kill and eat seven Pillars and to join Twelve Demon Moons she was able to gain the attention of Muzan Kibutsuji. But how did they end up killed? Their casualties are one of the most talked-about topics among the fans of Demon Slayer. Still, many fans of the anime want to know who Killed Gyutaro and Daki?

Where to watch Demon Slayer Online?

I hope you all had a great time reading this article, but if you haven’t watched the demon Slayer anime until now or want to watch it again. Then for all the fans of anime series, Demon Slayer is officially streaming on Netflix (watch in preferred language); Hulu; Funimation; and Crunchyroll. Do watch and let us know  reviews in the comment section present below. Till then stay connected with ThePoptimes for more such articles about your favorite shows and movies!