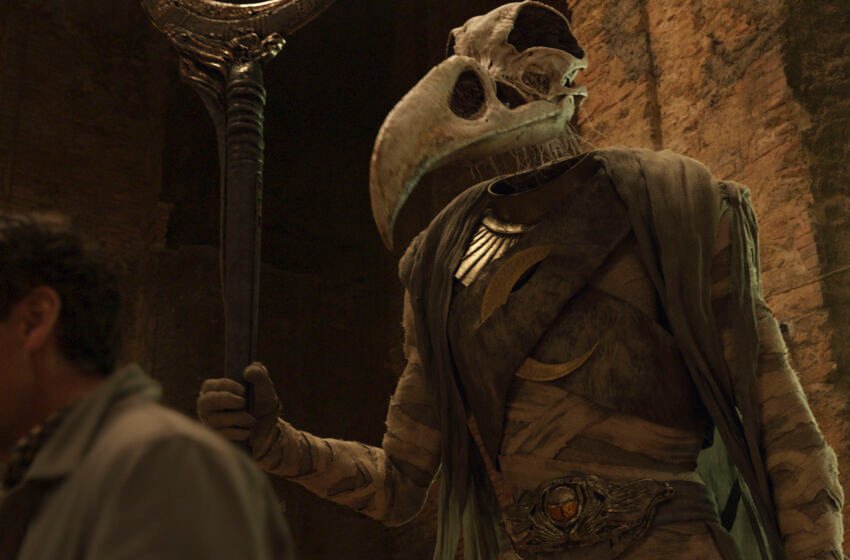 Khonshu was the moon and time god. He was part of a triad with Amun and Mut in Thebes, where he had his cult center. He was one of Thoth’s associates (who was also associated with the moon and the measurement of time). Khonsu was supposed to have the ability to influence the fertility of both people and livestock, and one tale (written on the walls of the Ptolemaic temple of Khonsu at Karnak) places him at the center of the universe’s creation. According to the narrative of the “Princess of Bekhten,” he was also worshipped as a deity of healing.

According to legend, he treated Ptolemy IV (who was given the moniker “beloved of Khonsu who guards the monarch and drives away evil spirits” in gratitude for the god’s assistance). He was also considered to protect ordinary people. As a result, many Egyptians bear his name. Khonsu had a darker side as well. He appears to have been regarded as a ferocious and dangerous god throughout the early period of Egyptian history. He is described as “Khonsu who lives on hearts” in the “Cannibal Hymn” (part of the Pyramid Texts) as a bloodthirsty deity who aids the deceased monarch in catching and eating the other gods. Nonetheless, by the New Kingdom, he had established himself.

Moon Knight has just been on TV for two weeks and is already the year’s most popular show. That is Marvel Studios’ effect, and we all know not to bet against anything that comes from the Marvel Cinematic Universe. Even though the Moon Knight characters had not yet been incorporated into the MCU previous to the Disney Plus show, it has succeeded in making them appealing and fascinating.

Khonshu is one character that has been a consistent presence in the show for the first three episodes (without ever being too active). The Egyptian moon god has a deal with former assassin Marc Spector in which the former assassin becomes Khonshu’s avatar and does his bidding, stopping deadly threats and protecting the world no matter how dangerous it is – often putting the unassuming Steven Grant in unlikely and dangerous situations.

Khonshu reversed the night sky for Steven and Layla to decode the map using the night sky from millennia ago to help Marc discover Ammit’s tomb before Arthur Harrow frees her. His fellow gods, on the other hand, had barred him from playing with the sky earlier in the episode, threatening him with dire consequences if he did so again.

These consequences occurred when the gods reunited and began a ceremony to imprison the moon god in stone. Khonshu’s powers faded and he disappeared, leaving Layla and Steven (who had also passed out) alone in the desert – but only after he urged them to find Marc and release him.

With that in mind, Khonshu is not dead. Yes, he is imprisoned in a tomb statue, but it does not mean he is dead. As a result, we should expect Marc and/or Steven and Layla to let him free before the series ends. After all, he is Moon Knight’s power source.

Is Khonshu Good or Evil?

Since the Stone Age, Khonshu had been offended by the fact that he lacked a mortal avatar until he met Marc Spector, who had been abandoned by his partner Raul Bushman. Marc accepted Khonshu’s offer to live in exchange for being his avatar, and later became his champion and avatar Moon Knight. Since then, he has occasionally become his buddy, frequently assisting him in times of difficulty, but he has also turned villainous and has become more dominating towards Marc.

Aside from that, he’d subsequently meet Iron Fist and fight Thor for custody of his hammer, proving himself worthy of wielding Mjolnir in both cases. He would go on to become the main adversary of the 2016 Moon Knight series, having been killed by the hero before being resurrected. He’d even battle toe-to-toe with the Avengers and defeat them. There was some doubt about whether Khonshu was real or just another split personality of Marc, but subsequent evidence suggests that he is. He also had a feud with his father, Amon Ra, who had his avatar, the Sun King, who used to compete with Moon Knight.