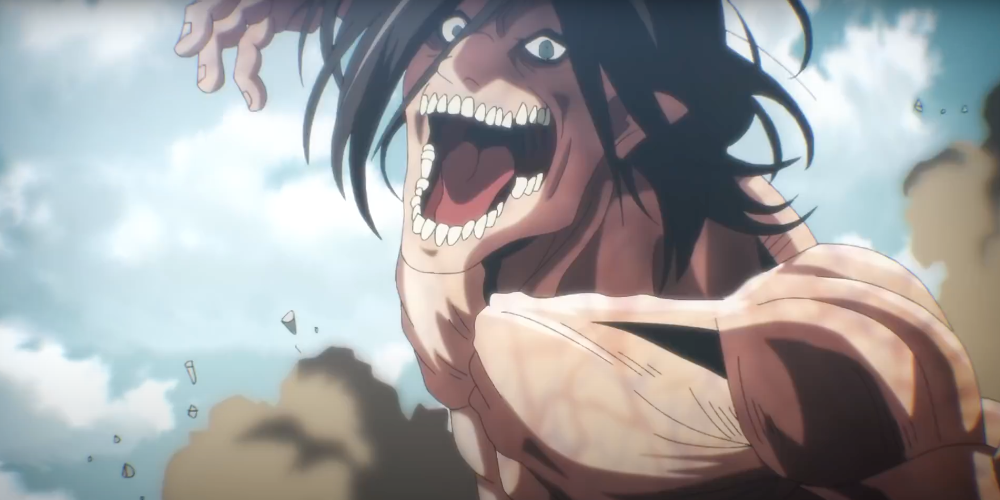 Annie Leonhart has awoken after three seasons in the actual world and four years in the universe! Annie’s position in Season 1 was particularly remarkable, despite the fact that she has been crystallized for the majority of the series. Annie was one of the finest graduates of Paradis Island’s 104th cadet corps, but her true abilities were honed in Marley, where she was taught as a warrior candidate who inherited the Female Titan. Annie bungled her job, but due to Mikasa and Levi Ackerman, she was able to crystallize herself and avoid being interrogated and killed. She remained in this preserved form for four years as the rest of the world descended to hell. All of that came to a stop, though, when Eren Yeager decided to use the Founding Titan’s power to reverse the Wall Titans’ hardening. Annie is now free and on her way out of Trost with Hitch Dreyse, but the real question is who Annie is siding with. Is she still a warrior candidate or a Paradis soldier? Take a peek.

Whose Side is Annie Leonhart On?

In Attack on Titan, Annie meets Hitch Dreyse after exiting the crystal, who eventually falls into her demands and provides her with a horse and supplies so she can escape Trost. Annie offers an unexpected piece of information during their talk, which even Hitch is surprised by. Annie seemed to be able to hear everyone chatting to her throughout the four years she was encased in her crystal! This implies Annie is aware of everything that is going on, owing to Hitch and Armin’s periodic updates. The world around Annie changed when she crystallized herself. The Survey Corps had no idea who their real adversary was, and the Marleyan Warriors were still trying to get their hands on the Founding Titan. But suddenly everything has changed. The Rumbling has begun, Marley and his Titan shifters have returned to their homelands, and the planet risks extinction. What does this suggest for Annie Leonhart, on the other hand? Annie had time to examine her alternatives because she was cognizant inside the crystal.

Annie may have threatened Hitch with fleeing Trost, but she doesn’t appear to be fleeing to help Reiner, Pieck, or Magath. She not only appears to get along with Hitch, but she also shares details of her life in Marley with him. Annie recalls how she was raised by an adoptive father who simply wanted a kid so he could take advantage of the privileges that came with their Marleyan Warrior rank. She does, however, explain how her adopted father’s disinterest turned into genuine parental affection over time. The only thing that pushes Annie to achieve anything is to return to Marley and see her father! It’s apparent that she never felt the patriotism that Reiner and the others did because her father was the only one who encouraged her to run for warrior candidate. She also doesn’t appear to care about Eren, the Yeagerists, or the Eldian Empire for which they are fighting. Annie’s flashbacks and talk with Hitch make it apparent that she is remorseful for the murders she committed in Season 1. She, on the other hand, isn’t the sort to take up the hero’s mantle out of remorse and attempt to save everyone. The only thing we can deduce from this is that Annie is unconcerned about Paradis or Marley. She merely wants to see her father again and will work with everyone she can to keep her commitment to him. Of course, this implies Eren Yeager must be stopped. Her father, after all, is in Marley, where tens of thousands of Colossal Wall Titans are currently en route. So, yeah, we feel Annie is on her own side. That, however, could alter at any time.

The manga follows a corps of well-trained warriors who guard humans against the ruthless titans beyond the wall. Annie is a female titan with horned combat skills who can turn into one at will. Annie was a member of the Military Police Brigade and completed the 104th Training Corps with flying colors. Before being promoted to the 4th rank, her father taught her how to be a fearsome fighter who excelled in hand-to-hand fighting. Her difficult upbringing and skills caused her to become emotionally estranged from those she cared about. Annie, Bertholdt, and Reiner had been taught their entire lives to kill the humans inside the walls, but they were on duty in order to avoid military suspicion. As a result, they began to slay giants, sometimes out of duty, and sometimes out of guilt.

MUST READ| Is The Dr. STONE Manga Ending Soon?