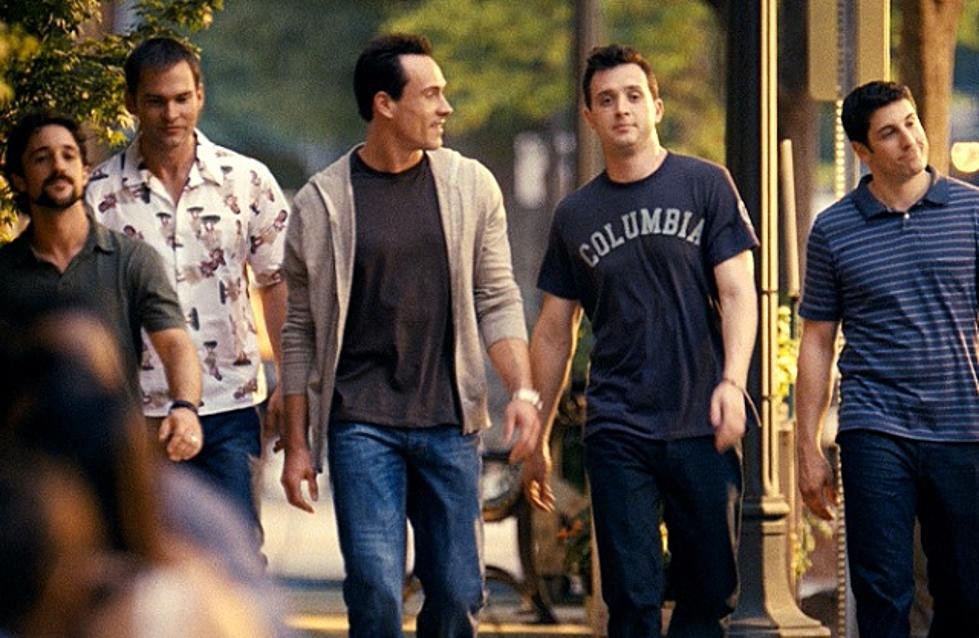 The series of American Pie has not only been an immense hit in America but also all over the world. The show has many people around the world laugh at its notorious themes and twisted jokes. It was a well-stringed line of stories. The first movie was called ‘American Pie’, the second part was called ‘American Pie 2’, the third movie of the series was called ‘American Wedding’ and the last and final movie was called ‘American Reunion. There were many more spin-offs after these four parts of the series. The last spin-off of the series launched in 2020. Comedy elements are extremely well blended with sexual pleasures that exist in humans. The first part came about in 1999 and was very carefully directed by Chris and Paul Weitz followed by the direction of J.B. Rogers in the second part in 2001. Universal pictures took care of the entire production of the series as the director named Jesse Dylan directed the third part and directors named Jon Hurwitz and Hayden Schlossberg directed the fourth reunion. The show had a common writer named Adam Herz for the first three parts and the writers for the fourth part were the writers themselves.

American Pie shows different slices of life starting from friendship through libido to growing up. It brings up many funny scenes that usual students go through when they set out to explore their identities, hormones, and different aspects of life. It also touches on several vulnerable emotions that usual adolescents go through as they try to grow up in life. It has received a respectable 7.1 out of 10 from IMDb. They bring up the themes of acquiring and overcoming insecurities as a human being. It mostly carries the story life of similar characters in different phases of life. The heavy fits of laughter are constant in all of them. But as the movie series progressed the basic content seemed to become repetitive.  The characters in the movie also become a ‘Drag’ because their individuality lost freshness because even though they were edgy they had the same edges. While there is no official cancellation of the series but it has its bar lowered on popularity.

Also Read: How Not To Summon A Demon Lord Season 3 Release Date?

The different parts of the series had different characters. The cast behind the characters was the same in some parts. Some of the major characters were Noah Levenstein who plays Jim’s dad. He plays the role of a friendly and communicative father who tries to offer his son worthy sex advice. All in all, he has a very big contribution in making the series fit for an amazing comedy movie. He has won several awards for it too. Another major character is James Jim Levenstein played by Jason Biggs, who is the son of Noah Levenstein appeared in three movies of the series. He is one of the main protagonists of the series who reflected the normalized sexual desires and confusions of a student. Steve Stifler was another major character in the show that uplifted the entire show. He was spectacularly played by Sean William Scott and appeared in all the parts of the movie series. He had carried the comic and emotional quotient of the entire series effortlessly. His other name in the movie was ‘The Stifmeister’ because of his character. He was the usual jester and jock in his academic institutes.

The first part of the series called ‘American Pie’ hit the screens in July 1999 and left the audience wanting more. Picking up the hint, Universal Studios took the opportunity and returned with a part two on 6 August 2001. ‘American Wedding’, the third part launched on 24 July 2003. Nine years later the fourth part called ‘American Reunion’ came around on 6 April 2012. The reign of this series has continued with their spin-offs.

Where to Watch American Pie?

Most of the parts of American Pie have been shown on several television channels. Currently, they are available and streamed on Netflix and also on Amazon Prime. Share your thoughts on the different slices of American Pie with us in the comments and do check out the other articles on our website about a similar stretch of movies.