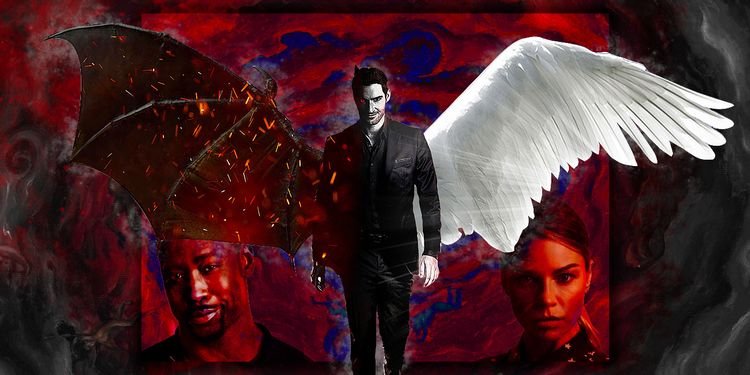 The most talked-about series Lucifer is a huge success for Netflix. Lucifer is a definite heartthrob for girls around all age groups. His charisma, devilish attitude (pun intended), aura, way of speaking; has captured the heart of all.

Lucifer is available on Netflix. The season has finally come to an end, with 6 Seasons onto the fan’s greatest disappointment.

Lucifer fans will always remember the first-ever episode where our heroine Chloe Decker met Lucifer. Then why did Lucifer bleed?

Why does the devil himself get hurt sometimes? Is he vulnerable? Who is it that makes him so?

Scroll along folks to find more!

Lucifer Morningstar aka The Devil, Saturn himself. He is an archangel and also the ruler of hell. Lucifer the king is often blamed for the sin committed by humans and charged by everyone for the same. He is also under a failed rebellion against his father, whom he hates with all his heart.

Frustrated and disappointed Lucifer now voluntarily abdicated his throne and traveled back to LA for a change of scenery.

Now he is a club owner who immerses himself in booze, drugs, and girls. His establishment is known by the name Lux. He wanders ‘round the Earth with Mazikeen the senior lieutenants now his partner in crime.

During the murder of his close accomplishment, he meets Detective Chloe Decker and saves her life.

Things start getting intense when he feels something for her but is not sure whether it’s love. He joins hands with Chloe and joins LAPD. Together they solve cases each getting featured in every episode.

With passing time, a romantic enthrall develops around the two. Now, the question is what will Chloe do when she learns about his identity? And why does Lucifer grow vulnerable every time she is around? Is Chloe the main reason for his vulnerability?

ALSO READ | Is Brie Larson Dating Someone? Who Is Her Boyfriend?

Why Is the Devil Vulnerable?

Following the chain of events, it can be thus concluded that Chloe is Lucifer’s; ‘Achilles’ heel’.

Lucifer was mortally wounded by the criminal Malcolm, while he was trying to protect the Detective. Before dying, he requests God to take care of Chloe and keep her safe. His death is prevented when he is resurrected by God and sent back to Hell.

Lucifer being a devil is immortal and can’t be mortally wounded. But every time Chloe is around, he gets wounded badly and bleeds when attacked by someone. One of the reasons can be his hidden feelings for her. In a moment when Chloe states that he is not afraid of him, he realizes that he is not powerful than her rather his equal. Even though buried in deep denial he knows that he is in love with her.

Why Did Lucifer Bleed?

So, does that mean Chloe is the cause of Lucifer’s bleeding? Well, no!!

It is Lucifer himself. He chooses to be vulnerable in front of Chloe. He becomes soft, his whole nature changes whenever Chloe is near him. His heart has always and will ache for her.  Decker’s compassion makes Lucifer always drop his guard.

He openly showed his vulnerability quite a number of times. Recalling; when Chloe touched his scars on the back, he indeed became very vulnerable.

Later it is also known that Chloe is an angel sent by Lucifer’s father. And an angel can hurt another, Lucifer being the archangel himself.

Later, Lucifer was no longer vulnerable to Chloe. Why? How? Go and find out! No more spoilers!

That’s all for now. Now go and watch the series on Netflix.

Cast Of The Show

You’ll get to see; Tom Ellis as Lucifer Morningstar, Lauren German as Chloe Decker, Kevin Alejandro as Dan Espinoza, D.B Woodside is in the role as Amenadiel. Lesly-Ann Brandt is seen as Maikeen or Mazi and certainly not the least Racheal Harris as the Psychiatrist Linda Martin.

If you’re a fan of Tom Ellis then who is most likely going enjoy this show and fall for him again. He played the role quite well. And most importantly you’re going to see the badass, hot side of him.

So, here’s all you need to know about Lucifer Morningstar. Now go and watch the series which is fully aired. It is available on Netflix.

MUST READ| Who Is Maggie Stiff Husband? Everything We Know